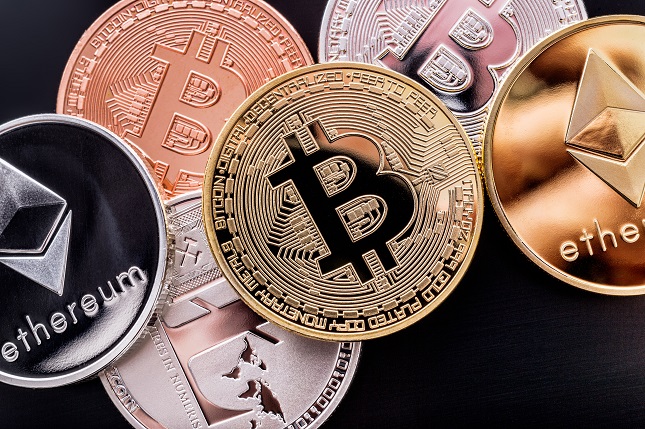 By now, just about everyone has heard of cryptocurrency. The global crypto industry is evolving at a rapid pace and trends are changing constantly. As the co-founder and COO of BitcoinIRA.com, the world’s largest and most secure cryptocurrency IRA platform, I am acutely aware of how quickly space is changing. From changes in regulation to widespread adoption of blockchain technology, here we will explore the top three crypto trends to watch right now.

2018 has been a year of regulatory measures for the cryptocurrency space. In March, the SEC released a statement requiring all crypto trading platforms to register with the SEC as securities in order to continue operating. Also this year, Facebook, Twitter, and Google all placed bans crypto advertising.

Many crypto enthusiasts, who flocked to this formerly unregulated sector because of its decentralization and anonymity, initially feared that the increase in regulatory measures would infringe upon all they valued about crypto in the first place. But with time, it is becoming clearer that this is not the case: in fact, the regulators and innovators in the decentralized technology space are in fact working together.

In February of this year, Chairman of the CFTC J. Christopher Giancarlo set the precedent for a cooperative relationship between the two sectors when he advocated for a “do no harm” approach to regulating cryptocurrency. “I believe that ‘do no harm’ is the right overarching approach for distributed ledger technology… With the proper balance of sound policy, regulatory oversight and private sector innovation, new technologies will allow American markets to evolve in responsible ways and continue to grow our economy and increase prosperity,” Giancarlo said.

While this may have seemed idealistic at the time, the government’s regard for decentralized, distributed technology has actually stayed relatively consistent over the last several months. Just last week, William Hinman, the director of the division of finance for the Securities and Exchange Commission (SEC) publicly declared that Ethereum is not a security. This came on the heels of a similar statement that SEC chair Jay Clayton made in April. “Based on my understanding of the present state of ether, the Ethereum network, and its decentralized structure, current offers and sales of ether are not securities transactions,” Hinman said. “And, as with Bitcoin, applying the disclosure regime of the federal securities laws to current transactions in ether would seem to add little value.”

In turn, Joe Lubin, co-founder of Ethereum and founder of major Ethereum application company ConsenSys, expressed gratitude for the SEC’s decision. “Ether and other next-generation consumer utility tokens will continue evolving the web towards networks that are more fair, secure, and evenly distributed. ConsenSys looks forward to continuing to engage with regulators around the globe to promote responsible adoption of this transformative technology” Lubin said, demonstrating the decentralized sector’s commitment to cooperation and transparency.

In my opinion, these announcements clear up some of the “regulatory uncertainty” that Tom Lee thought to be contributing to price stagnation in the crypto space and are a big win for the crypto industry as a whole.

According to ICOData.io, ICO funding decreased from roughly $1.48 billion in January to around $288 million so far in June. June isn’t over yet, but that is a huge decline and cannot be ignored.

The SEC still considers most tokens purchased through ICOs to be securities, and that looming threat of regulation has likely discouraged some investors from participating in funding rounds.

Additionally, the SEC has cracked down on fraudulent ICOs in recent months, even going as far as launching its own illegitimate ICO as a warning to potential investors. Moreover, The Wall Street Journal conducted an investigation into ICOs and discovered that investors sank more than $1 billion into 271 ICOs that had clear red flags. All of these factors have likely played a role in the decrease in ICO funding across the industry. It is possible things will pick back up once the dust settles, but for now, launching and promoting a successful ICO is going to be an uphill battle.

There’s a misconception among those that are new to crypto that blockchain technology is only used for decentralized digital payment transactions, and that’s just not true. Blockchain technology can be leveraged for a variety of purposes, tracking transactions of all kinds, and it is soaring in popularity. The size of the global blockchain market is projected to reach $2.3 billion by 2021 and some of the world’s most prominent companies are already leveraging the emerging tech. One particularly exciting example is IBM Blockchain, a platform that enables companies from a wide range of industries – from retail to insurance – to reap the efficiency and transparency benefits that blockchain offers. And just yesterday, retail giant Walmart was awarded three blockchain-related patents. The first is for a medical records system that would enable patient data to be stored in a distributed ledger. The second is for a blockchain-based energy network, and the third is to allow consumers to securely control or limit access to a real or virtual space by leveraging cryptographic keys stored on a blockchain. So why does this matter for crypto? Because blockchain and crypto go hand-in-hand, so increased adoption of blockchain is inherently good for crypto.

These three trends will likely continue impacting the crypto industry in the coming weeks and months, but as with anything in crypto, there’s no telling what will happen next. The only thing we know for certain is that you can’t be certain of anything – and to me, that makes coming to work each day extremely exciting.