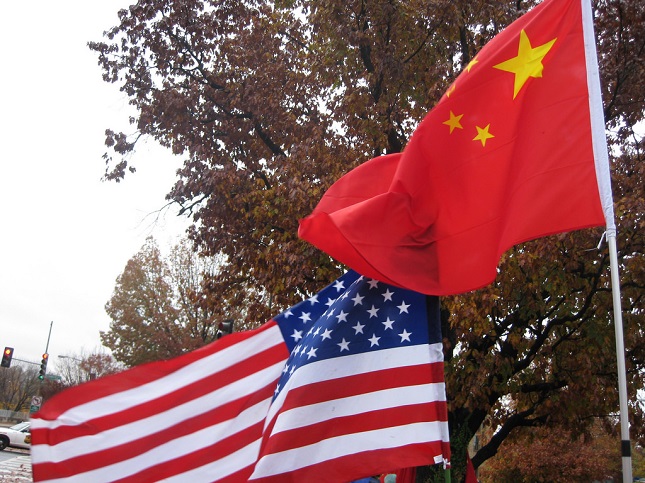 The global equity markets are looking to shake off the anxiety that left the Dow with close to a 500 point drop on Tuesday and the European majors deep in the red.

Tuesday’s sell-off came following a better showing on Monday, where the U.S majors managed to keep it together. The moves were in stark contrast to the Asian markets, however. Leading the way down on Monday was the CSI300, which tumbled by a whopping 5.8%.

Market dynamics evidenced just how jittery investors have been ahead of talks scheduled to resume tomorrow.

After some respite on Tuesday, where the CSI300 managed to close out in the green, it was back in the red today. The CSI300 joined the rest of the Asian majors in the red, falling by 0.7% at the time of writing.

Trade data out of China wasn’t dire but was also weak enough to prevent recovery of Monday’s losses. A narrowing in the Dollar surplus from $32.67bn to $13.84bn couldn’t have come at a better time, however. Nor, in fact, could have been the combined 2.7% fall in exports and a 4% rise in imports in April.

Getting Ready for the Big Day

So, with market jitters now having hit the global equity markets, the stage is set for the U.S – China trade talks to resume tomorrow.

Trump certainly caught the markets off guard at the start to the week. While the tweets were quite a shift from more positive chatter earlier in the weekend, there may have been some logic behind the threats.

China’s economy was struggling and, while it’s not alone, it certainly has an incentive to turn things around.

Ballooning corporate debt could be a disaster waiting to happen for Chinese banks. Additional tariffs and weaker global demand could see nonperforming loans begin to spike…

That won’t just hurt banks in China, but banks globally. We talked of contagion risk during the global financial crisis and during the Greek debt crisis. The contagion risk from a China debt crisis could be quite catastrophic. Yet, there’s very little airtime on the subject.

Perhaps the Chinese government is more cognizant of the possible implications, both domestically and globally.

While U.S representatives attending trade talks may be considered high level, China is sending Vice Premier Liu He to the table.

Both economist and politician, Vice Premier Liu will be looking to prevent the hike in tariffs on $200bn worth of Chinese goods by the end of the week. All of this without offering concessions that would be considered a sign of weakness at home.

While Liu will look to avoid the tariff hike, news media suggests that China is unwilling to avoid the hikes at all costs. This certainly makes for an interesting 2-days. The very fact that the trip has been shortened suggests that a number of areas of negotiation may no longer be on the table…

China’s economy has stumbled along, in spite of the extended trade war. This is in spite of punitive tariffs that have now been in effect since last summer.

Premier Xi’s freedom in delivering the necessary stimulus to avert an economic crisis has ultimately kept the Chinese economy ticking along.

It’s not quite as simple for U.S President Trump, however. As 2020 rapidly approaches and the Democrats prepare for a presidential election challenge, the last thing that the Republicans need is a recession, let alone a global recession triggered by the U.S President himself…

There has been plenty of strong-arming and posturing. Perhaps the U.S now has more to lose than China in this battle of the giants.

After all, China has already hit U.S farmers with punitive tariffs that led to U.S soybean exports to China tumbling to zero back in November…

China imports of U.S soybean has been on the rise this year. It wouldn’t take much to reverse the latest upward trend though… There’s also the import of U.S crude oil. There’s no need to mention the influence of the oil industry and farmers on presidential elections