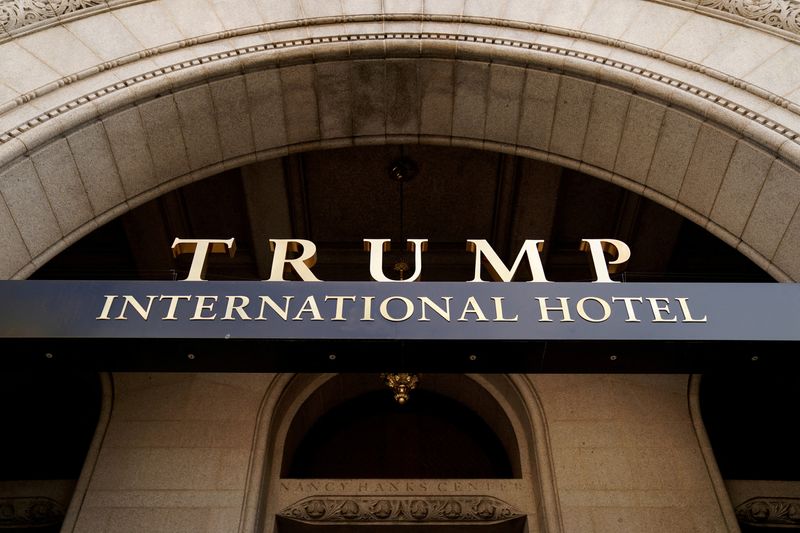 The payment is nearly three-quarters of the $1.03 million that Attorney General Karl Racine said the nonprofit inaugural committee “dramatically” overpaid to rent event space at the hotel, including for a private party for Trump’s adult children on the night Trump became president.

Both the Trump Organization and the committee denied wrongdoing in agreeing to settle the January 2020 lawsuit.

“After he was elected, one of the first actions Donald Trump took was illegally using his own inauguration to enrich his family,” Racine said in a statement. “Nonprofit funds cannot be used to line the pockets of individuals, no matter how powerful they are.”

Trump was not a defendant. His family is expecting soon to sell the hotel, located several blocks southeast of the White House, to Miami investment firm CGI Merchant Group.

The hotel will be converted to a Waldorf Astoria, and Trump’s name will come down.

In light of the sale, “we have reached a settlement to end all litigation with Democrat Attorney General Racine,” Trump, a Republican, said in a statement provided by his company.

“This was yet another example of weaponizing Law Enforcement against the Republican Party and, in particular, the former President of the United States,” Trump added. “So bad for our Country!”

The $750,000 will go to two nonprofits that support youth in Washington, D.C.

She said this resulted in funds being used to advance his 2016 presidential campaign and pay for a $10,000 portrait of Trump, among other expenses.

James is conducting a civil probe into the Trump Organization, and has said she has found evidence it misstated values of some assets for more than a decade.