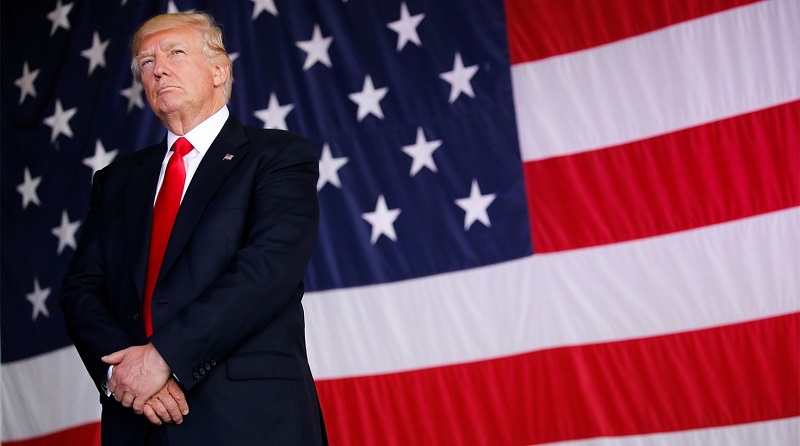 In a series of moves that have frequently been described by the media as a “trade war”, President Donald Trump’s recent approach to international trade has attracted a significant amount of attention from all sides of the political spectrum. While supporters of these policies believe that these moves may be able to encourage American manufacturing and help make international trading more “fair”, those who are against these moves frequently sight concerns of increased costs and international conflict.

As is the case with most major political changes, this particular series of moves enacted by what can only be described as a relatively unorthodox administration and probably cannot be described as entirely good or entirely bad. A proper analysis of Trump’s trade war will undoubtedly require a nuanced examination of all possible future outcomes. This article will briefly examine the core components of these new trade policies as well as the best and worst case scenarios that may come as a result.

Breakdown of Trump’s Approach to Trade

Since his initial campaign in 2016, President Trump has consistently discussed his intent to return manufacturing jobs to the United States. For individuals working in industries that appear to have lost a significant number of jobs to Mexico, China, and elsewhere overseas, the promise of reversing the job flight trend was undoubtedly appealing. Though the ways in which Trump would “return” these jobs to the United States was often quite ambiguous during his campaign, these promises were likely a significant reason that Trump was able to successfully win the rustbelt swing states of Pennsylvania, Ohio, Michigan, and Wisconsin.

Other concerns referred to by Trump and his administration include another large trade deficit with Mexico (exports $276.2 billion, imports $340.3 billion), which is not only a nation that offers significantly more affordable labor but is also a partner in the North American Free Trade Agreement (NAFTA). Additionally, concerns regarding intellectual property rights and the steel industry, in particular, have often frequently been cited by Trump and other advocates calling for change.

The use of tariffs in order to combat the current trade imbalances—which the administration seems to firmly be against—is a bit of an old-fashioned approach to international diplomacy, but one that is relatively unsurprising. Trump’s most recent moves include 25% tariffs imposed on roughly $34 billion worth of goods being imported from China (yielding estimated tax revenues of about $8.5 billion). These tariffs primarily target steel, aluminum, manufactured washing machines, solar panels, and numerous other goods.

Trump’s approach to trade marks a significant departure from the movement towards global free trade that characterized the administrations of both his Republican and his Democratic predecessors. In fact, since the Trade Agreement Act of 1934—one that was aggressively forged in reaction to the Great Depression—dutiable import tariffs have decreased from what was once nearly 60% to what is currently less than 6%. The effects of Trump’s approach to trade are yet to be fully seen. If this administration hopes to sincerely claim that the trade war was worth the costs, they will need to produce some justifiable outcomes.

For the sake of both the Trump administration and the United States as a whole, the best possible outcome from this trade war will be that the tariffs encourage investment in the United States economy and possibly localize certain manufacturing positions. As the two largest economies in the world, investors are constantly reevaluating whether to make their next marginal investment in the United States, China, or somewhere else. If the competitive advantage of manufacturing steel in China can be temporarily decreased, then investing in American industries may seem to be a relatively more attractive option.

In order for capital to be transferred from Chinese to American markets, the Trump administration will likely need to act quite quickly. Though many investors are certainly not shy about their general preferences for keeping their capital in American and European markets, one of the primary reasons for doing so is that these markets are comparatively far more stable than those outside the OECD. If the administration is unable to produce a reasonably predictable timeline for the trade war and lay out a clear series of actions moving forward—something that Trump has notoriously struggled with—then capital may inadvertently be deterred from being transferred to American markets.

Fortunately, for those who are skeptical about Trump’s approach to international trade, the stakes of this “war” are relatively small. Only a fraction (approx. 7.1%) of all imports from China are even subject to these series of taxes, which is something that the media has largely had the tendency to overlook. Even if the trade war continues to persist until the end of the year, trade between China and the United States may still be even larger in 2018 than it was in 2017.

However, despite the fact that the consequences of this trade war are largely exaggerated, they still should not be willingly ignored. By increasing the cost of manufacturing and exporting steel from China, the costs of manufacturing anything steel-related in the United States will effectively be increased as well. China will certainly not remain idly by and endure the increased cost of manufacturing on their own. Industries in the United States that rely on importing cheap steel to make their goods have already begun to notice the trade war’s negative effects.

Despite being in the heart of what many people refer to as “Trump Country”, a nail factory in the city of Poplar Bluff, Missouri has already claimed that the trade war has caused them to decrease production by approximately 50%. Consequently, other companies that rely on nails coming from this factory may have to increase the cost of their goods as well, and the economic backlash stemming from these tariffs will likely continue to ripple outward.

There are ample reasons why an increasingly globalized, free-market world will logically shy away from artificial barriers to trade as time goes on. If the cost of trading with the United States ever becomes too much to endure, trading with a relatively more accessible market (such as the EU) will likely become a more common strategy. Free trade not only helps lower the cost of creating, distributing, and exchanging various goods, it is also the pinnacle of free-market capitalism—something that the Republican Party once took pride in their commitment to defending.

The absolute worst case scenario that could result from this trade war is that it stifles the United States economy and results in a sort of economic isolation. China has already matched the United States in terms of GDP (PPP) and will likely be able to match the GDP (Nominal) levels within the next few decades. If the United States hopes to maintain its status as the world’s foremost economic superpower, then it needs to be willing to open itself to cooperation and the free exchange of goods. By increasing barriers to trade, the United States may lose its ability to project power in Europe, Asia, and much of the developing world. Though the impact of the trade war may be relatively small in a financial sense, it may be the straw that breaks the camel’s back and tarnishes economic relationships around the world.

Overall, it seems that Trump’s current trade war is likely something that will only last for a short amount of time and will have a relatively minimal effect on the economy. However, based on what has been witnessed thus far—as well as what can be empirically predicted—this particular set of tariffs is unlikely to increase investment in the American economy and is also unlikely to create the jobs that Trump’s campaign was so relentlessly committed. As time goes on, continuing this trade war and preserving barriers to free trade is something that will likely be continually more difficult to defend.

The largest consequence of this trade war, it seems, will likely be materialized in the 2018 and 2020 elections. As both major parties in the United States continue to deal with increased infighting between seemingly irreconcilable factions, there will exist a significant amount of opportunities for them to either lose or gain momentum. While Trump may be able to say to his already devoted fan base that he “successfully” fulfilled another promise, he may begin to alienate the party’s neo-liberal core that cares far more about free trade than it does about blue-collar conservativism. Similarly, while the Democrats may be able to use the trade war as an argument to appeal to their own neo-liberal branch, they may lose the support of unionists, some environmentalists, and those who stand in opposition to globalism. The potential coalitions and realignment that may form between the parties is certainly something that should not be overlooked.