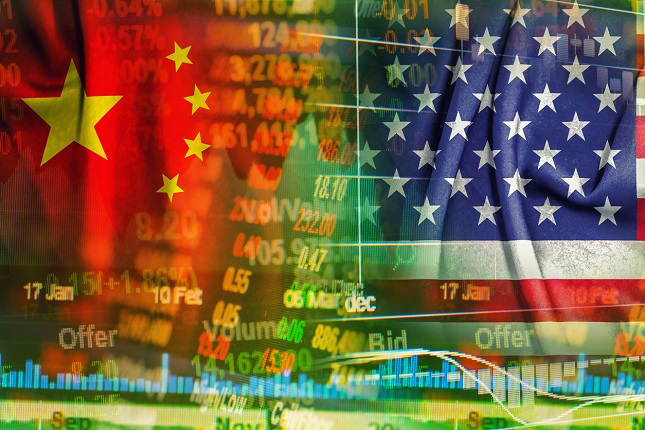 Economic released through the Asian session this morning was on the lighter side, with stats limited to Australia’s March building approval and trade figures.

On the trade front, Australia’s trade surplus widened from an upwardly revised February A$1.349bn to $1.527bn, coming in ahead of a forecasted A$0.5bn.

Offsetting the increases were a fall in the export of goods under merchanting, down A$1m (14%) in March.

The Aussie Dollar moved from $0.75062 to $0.75212 upon release of the figures that took the quarterly trade balance to an A$4,035m surplus, quite a rebound from the 4th quarter’s A$1,317m deficit, pointing to a solid 1st quarter that could see the Aussie Dollar begin to claw its way back. At the time of writing, the Aussie Dollar was up 0.37% to $0.7521, positive stats for the 1st quarter together with the FOMC’s Statement providing direction through the session.

Elsewhere, the Japanese Yen was up 0.15% to ¥109.68 against the U.S Dollar, the Dollar giving up some of its recent gains following the FOMC statement release that was not quite as hawkish as the markets had expected, also providing the Kiwi Dollar with some much needed relief, the Kiwi up 0.31% to $0.7017 in what could be seen as a U.S Dollar reversal in the coming weeks.

In the equity markets, it was a mixed bag, with the ASX200 bucking the trend through the session, supported by the better than expected trade figures, up 0.93% at the time of writing, while the Hang Seng and CSI300 saw red, down 1.66% and 0.09% respectively, the pair under pressure following the FOMC Statement that pointed to inflation sitting close to target, whilst holding back from suggesting the need for a shift in policy.

Focus will be on trade talks between the U.S and China, which begin today and could spell trouble for the markets should one or both sides walk away, China not expected to yield to the demand of the U.S.

For the EUR, it’s a somewhat quieter day, with economic data out of the Eurozone limited to the Eurozone’s April prelim inflation figures.

At the time of writing, the EUR was up 0.32% to $1.1989, a narrowing in monetary policy divergence providing support to the EUR, while noise from the U.S – China trade meeting could add further upside should bad news begin to hit the wires.

For the Pound, economic data out of the UK is limited to April’s service sector PMI number, which could provide some much needed momentum for the Pound, to ease concerns of a continuing slowdown in the UK economy, following the softer manufacturing PMI earlier in the week.

While Wednesday’s construction PMI rebound was expected and the muted impact on the Pound also anticipated, a bounce in service sector activity would certainly give the markets something to think about ahead of this month’s monetary policy meeting, though for now the prospects of a rate hike this month look slim at best.

At the time of writing, the Pound was up 0.17% to $1.3599, with $1.37 levels on the table should the service sector PMI number impress, though Theresa May’s troubles will also need to ease.

Across the Pond, stats out of the U.S are on the heavier side, with the weekly jobless claims, service sector PMI, trade, 1st quarter productivity and labour costs and March factor orders scheduled for release.

Of greatest influence will likely be the market’s preferred ISM non-manufacturing PMI number, though we will expect the 1st quarter labour cost and productivity figures to also influence, the goods trade balance having already made its mark ahead of today’s trade figures.

At the time of writing, the Dollar Spot Index was down 0.01% to 92.503, with today’s data and progress on trade talks between the U.S and China the key drivers, as the market considers whether the Dollar has been overbought on expectations of a more aggressive rate path through the remainder of the year.

Across the borders, Canada’s March trade figures are scheduled for release that will certainly provide the Loonie with some direction, a forecasted narrowing in the trade deficit a positive, while better than forecast could see the Loonie claw back to C$1.27 levels against the Greenback by the end of the week.

At the time of writing, the Loonie was up 0.30% to C$1.2845 against the U.S Dollar, with the early slide coming off the back of Wednesday’s FOMC Statement.