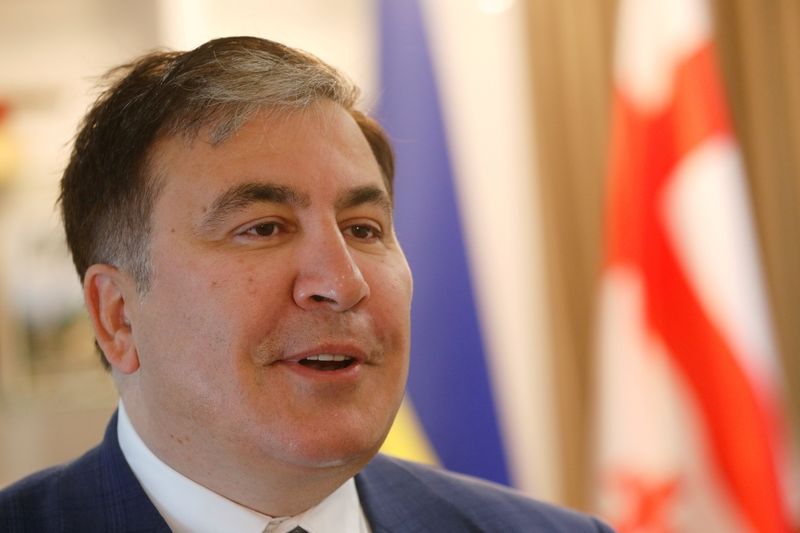 (Reuters) – The United States is “closely following” the treatment of Georgia’s hunger-striking former President Mikheil Saakashvili since his arrest on Oct. 1, the U.S. State Department said on Thursday.

Saakashvili, who has been on hunger strike in prison for more than a month and a half, may soon face various health complications, a rights group said on Wednesday.

The Public Defender group said the prison hospital treating Saakashvili lacks proper medical equipment and other inmates have threatened and abused him.

Saakashvili was arrested on Oct. 1 after returning from exile to Georgia to rally the opposition on the eve of local elections, in what he described as a mission to save the country. He faces six years in prison after being convicted in absentia in 2018 of abusing his office during his 2004-2013 presidency, charges he rejects as politically motivated.

Saakashvili is the most prominent and divisive living figure in Georgia’s post-Soviet history, having come to power via a peaceful “Rose Revolution” in 2003. He led the country into a disastrous war with Russia five years later.

His case has drawn thousands of his supporters onto the streets in recent weeks and raised political tensions in the country of 3.7 million people. The state security service has accused him of plotting a coup.

Georgian authorities have said Saakashvili will not be pardoned.

(Reporting by Kanishka Singh in Bengaluru; Editing by Chris Reese and Dan Grebler)