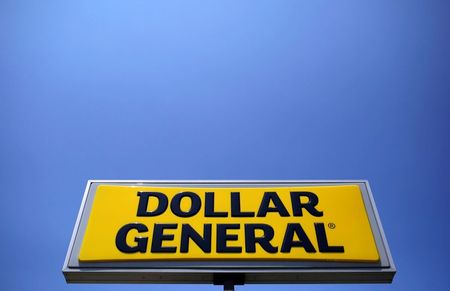 Shares of Dollar Tree Inc dropped 6% before the bell, as it forecast freight costs to be as much as 80 cents per share higher for the rest of the year, compared to 2020. Dollar General Corp’s shares were down 1%.

Increasing freight cost pressures across industries have dented profit outlooks, including that of retailers Abercrombie & Fitch Co and Kohl’s Corp as well as many packaged food companies, at a time when companies are seeing a rebound in sales after a pandemic-led slump.

Dollar Tree, which also operates Family Dollar stores, on Thursday forecast its earnings per share to range between $5.80 and $6.05 for fiscal 2021. Analysts on average expect a profit of $6.24 per share, according to IBES data from Refinitiv.

The Chesapeake, Virginia-based company said its projection of an increase in freight costs for the remaining quarters of the year was significantly higher from a quarter ago, but the increase due to shipping disruptions would not be permanent.

Dollar General, which also called out higher costs, raised its forecast fiscal 2021 profit to be between $9.50 and $10.20 per share, with the average market estimate of $9.58 near the low end of the range.

Still, both the chains beat estimates for first-quarter net sales as more people used their stimulus checks to splurge on apparel, seasonal goods and household products.

(Reporting by Praveen Paramasivam in Bengaluru; Editing by Anil D’Silva and Maju Samuel)