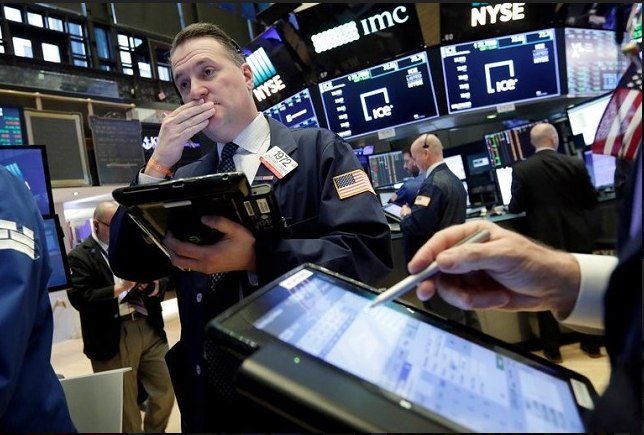 The U.S. Futures Are Flat After Strong GDP Data

The U.S. futures had been slightly lower in early pre-market trading until the GDP figures were released. The first estimate for 1st Quarter GDP came in at 3.2%, more than half a percent above consensus, and negate fears of economic slowing. Consensus estimates had 1st quarter GDP, often the slowest quarter of the year, at a mere 2.5%. Within the report personal consumption advanced 1.2% and GDP prices advanced 0.9%. The GDP price increase is below expectation and well below the Fed’s 2.0% target.

Futures spiked on the news, erasing the mornings losses and then edging slightly higher. The move did not last long however, earnings and earnings outlook were not significantly affected. By 8:45 the Dow Jones was testing the lows of the morning, down about -20 points, with the SPX and NASDAQ right behind.

Today’s earnings news includes reports from Chevron and Exxon, both missed badly, and American Airlines which provided weak guidance. Both Chevron and Exxon beat on the bottom line but total revenue came in well below expectations. Shares of both stocks fell but Exxon was the leader by a wide margin. Shares of XOM fell more than -2.0% while shares of CVX hugged break-even. Meanwhile, American Airlines provided weak guidance citing rising fuel costs. American Airlines guidance was bad news for its investors but point to future profit gains for the energy sector.

The EU equities markets were moving lower in Friday trading after a round of mixed earnings reports. The UK FTSE 100 was the biggest loser with a loss of -0.20% while the German DAX and French CAC were both trading near 0.05% higher. Media stocks led the market with an average gain of 1.0% but were not the news of the day. The news of the day comes from the financial sector where Deutsche Bank beat expectations but gave weak guidance. Shares of builder Skanska were the biggest loser, down more than -4.0%, after it reported a surprise loss.

Asian markets were mostly lower in Friday trading, following the Dow Jones after its decline on Thursday. The mainland Chinese markets were hardest hit, down about -1.25% on average, with Korea and Japan trailing with losses of -0.51% and -0.22%. The Hong Kong Hang Seng and Australiana ASX were able to post small gains but less than 0.10%.

In Japan, traders are preparing for an extended holiday. The Japanese markets will be closed for ten days starting next week to celebrate the enthronement of Crown Prine Naruhito. Shares of index heavyweights were down across the board and led by Fanuc, Softbank, and Nintendo. Nintendo fell the hardest, about -1.32%, after providing overly cautious guidance for the coming year.