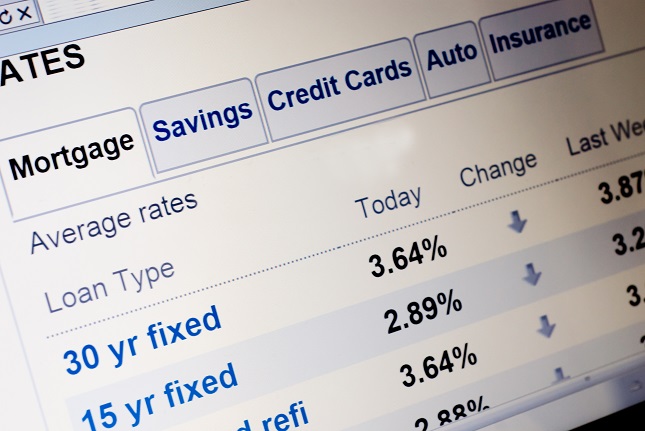 While the rise in mortgage rates has pressured lower income household disposable incomes, a continued tightening in labor market conditions, an improvement in economic indicators and an easing in inflationary pressures remain positives for the housing sector ahead of peak buying season in the U.S.

Adding to the upside for the housing market remains weak inventory numbers, though the decline in mortgage applications in April in early May will be of some concern. While the upward trend in mortgage rates would have contributed to the fall in applications, slower new construction activity attributed to a shortage of skilled labor and rising material costs would have also been a factor.

Freddie Mac weekly average rates for new mortgages as of 10th May were quoted to be:

Mortgage Bankers’ Association Rates for the weekend ending 9th May were quoted to be:

Weekly figures released by the Mortgage Bankers Association showed that the Market Composite Index, which is a measure of mortgage loan application volume, fell by 0.4%, following the previous week’s 2.5% fall week-on-week. The fall coming off the back of the continued uptrend in mortgage rates.

The Refinance Index also fell, down 1%, following the previous week’s 4% fall, with the refinance share of mortgage activity falling further to 36.3% of total applications, the lowest level since Sep-08 and down from the previous week’s 36.5%, the downward trend continuing.

The MBA’s Builder Applications Survey for April, released on Thursday, showed that mortgage applications for new home purchases fell by 5% when compared with March 2018, while rising by 7.5% when compared with April 2017. The uptrend in mortgage rates through April, which contributed to a downward trend in the MBA’s Market Composite Index through April and early May, weighing on applications ahead of the peak home buying season.

In spite of applications falling, the MBA reported on Wednesday that mortgage credit availability was unchanged in April, according to the Mortgage Credit Availability Index (MCAI). The MCAI held steady at 177.9.

The figures revealed that government credit tightened, while conventional credit availability improved in April, attributed to an expansion in jumbo credit.

The last 2-weeks would have given prospective buyers some respite, with softer than expected April inflation figures last week seeing 10-year Treasury yields ease back from 3%, though, with stats on the heavier side for the week ahead, yields could be on the move again. April retail sales figures due out on Tuesday will likely provide support, with U.S sanctions on Iran expected to continue to fuel oil prices, adding further inflationary pressures that should support an uptick in yields that would ultimately lead to a rise in mortgage rates.

For the week ahead, it’s not just the stats that will provide direction for U.S Treasuries and mortgage rates, with NAFTA talks, trade talks between the U.S and China, FOMC member speeches through the week and possible rising tension in the Middle East other factors to influence.

The U.S housing sector will also have April’s building permit and housing start figures released. Forecasted softer numbers are likely to add further pressure on inventories and mortgage applications, with the upswing in mortgage rates coinciding with an inventory shortage driven a rise in house prices, the combination forcing some home buyers out of the market while leading some to re-evaluate purchase prices and budgets.