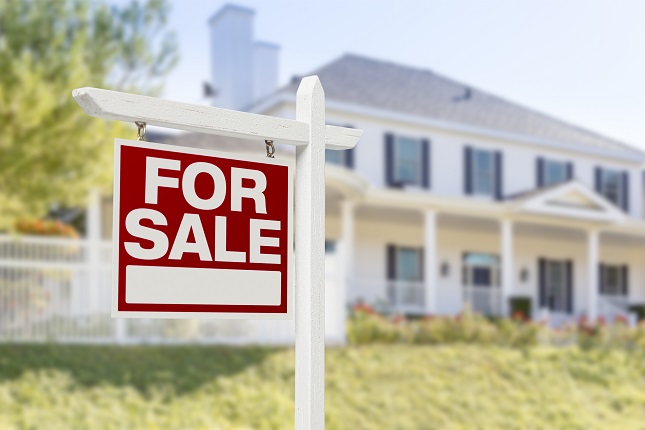 The Chinese government reportedly discussing trade terms with the U.S administration following the introduction of steel and aluminum tariffs and the more than $50bn in tariffs on Chinese goods to the U.S.

Economic growth in the U.S has seen the unemployment rate tumble over the last 24-months and, while this is certainly a positive for home buyers, missing out on the final piece of the labor market jigsaw, wage growth, would be both a negative for the economy in general and for the real estate sector.

Recovery in the U.S and globally has been a long and slow one, with even the FED considered to still be highly accommodative, despite the recent rate hikes, with the lack of wage growth not only impacting household disposable incomes and saving rates, but also purchasing power for those looking to get on to the property ladder.

While mortgage rates reversed in the week ending 28th March, a trade war with China would not only hit China but also the U.S economy and undoubtedly labour market conditions, so it was of little surprise that U.S 10-year Treasury yields slid back to an end of quarter 2.74%, easing upward pressure on mortgage rates that closely follow 10-year yields.

Mortgage rates have not seen similar declines to that of 10-year Treasury yields, however, which have eased back from close to 3%, with the markets even ignoring an uptick in the FED’s preferred Core PCE Price Index figures, year-on-year, last week.

Other stats released through the week that would be considered relevant included the weekly jobless claims figures that continued to reflect an ever-tightening labour market, a jump in U.S pending home sales in February, the 3.1% rise adding further pressure on inventories, with S&P / CS Composite House Price Index of the 20 most major metropolitan areas of the U.S rising by 6.4%, reflecting the real estate market environment that prospective home buyers are facing.

Rising mortgage rates and house prices, inventory shortages, an uptick in inflation and tepid wage growth are certainly not what the doctor ordered for those on the hunt for their dream home.

Average interest rates for 30-year fixed, backed by the FHA increased from 4.69% to 4.75%, moving back towards the almost 7-year high hit earlier in the month, while the average interest rate for 30-year fixed with conforming loan balances reversed the previous week’s fall, rising from 4.68% to 4.69% and back to a 4-year high. 30-year rates for jumbo loan balances jumped from 4.55% to 4.6% following a hold the previous week.

Last week’s 1 basis point decrease in 30-year fixed mortgage rates was certainly not too bad an outcome for home buyers deciding to get moving, though the reality remains that even with 10-year Treasury yields seeing a marked decline, the fall in mortgage rates was just a reversal of the previous week’s minor gains and unlikely to make an impact on purchasing power and household disposable incomes.

While prospective home buyers will be viewing recent moves as a sign that the recent upward move in mortgage rates may have topped out, the week ahead may suggest otherwise, with economic data scheduled out of the U.S including March’s nonfarm payroll and wage growth figures.

Any unexpected jump in wage growth, supported by another set of decent payroll figures and that 4th rate hike just may see itself penciled in by the markets and that would certainly give mortgage rates a nudge towards the much talked about 5%.

The conclusion should ultimately be that, barring any material economic slowdown, the path of least resistance for mortgage rates remains upwards and the latest bounce in refinance rates suggests that expectations are for another bounce in mortgage rates to materialize in the coming weeks.

Bad news for prospective home buyers is that the rise in refinances also suggests that existing home contributions to inventory numbers are unlikely to improve anytime soon, which will add further upward pressure on house prices.