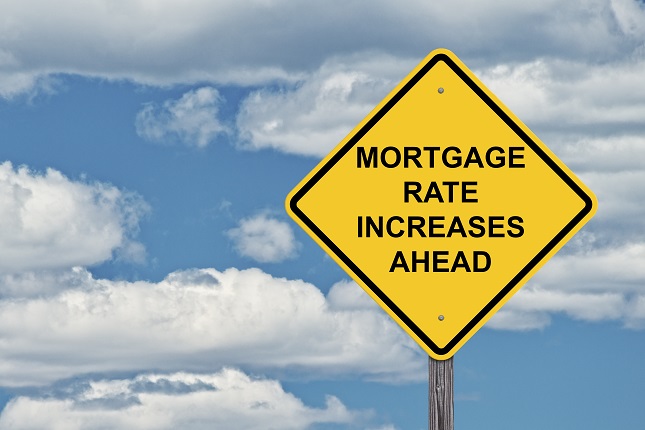 Mortgage rates were on the rise again, hitting 8-year highs in the week ending 17th May, following the previous week’s hold, with mortgage applications continuing to fall through mid-May, May’s month-on-month applications looking weak following the 5% fall in April.

While home owners have found support from the current economic environment that has contributed to the tight labour market environment, rising borrowing costs have been joined by rising energy prices, with gas prices hitting 4-year highs ahead of the peak season for home buyers.

The resumption of the upward trend will bring into question affordability, particularly with energy prices and house prices on the rise, which could begin to weigh on the demand side and begin easing pressure on inventories, though a shortage of skilled labour and rising material costs continue to be an issue for the sector and new home builds.

According to figures released on Wednesday, U.S building permits slipped by 1.8% in April, while housing starts slumped by 3.7%, which suggests further upward pressure on house price near-term, house price appreciation outpacing the tepid wage growth seen across the labour market.

Freddie Mac weekly average rates for new mortgages as of 17th May were quoted to be:

Mortgage Bankers’ Association Rates for the week ending 11th May were quoted to be:

Weekly figures released by the Mortgage bankers Association showed that the Market Composite Index, which is a measure of mortgage loan application volume, fell by 2.7%, following the previous week’s 0.4% fall week-on-week. The fall coming off the back of the continued uptrend in mortgage rates and in spite of respite in the upward trend through the week ending 11th May.

While the numbers suggest that lending standards will remain steady, rising mortgage rates and rising house prices will offset some of the factors contributing to the downward trend, as reflected in the 1st quarter percentage of loans on which foreclosure action commenced.

While market focus on FOMC member chatter revolves around policy, FOMC voting member Kashkari on Thursday addressed the issue of asset prices and said that he didn’t see any signs of a housing bubble, a much needed positive for the housing sector and for those still looking to get onto the property ladder.

For the week ahead, it’s a particularly busy one on the economic calendar, with a number of FOMC members speaking through the week to provide forward guidance on policy, while the FOMC meeting minutes, May’s prelim private sector PMI, durable goods orders and home sales figures will also be in focus.

Hawkish minutes and FOMC member commentary would see yields on the move again, though we would expect geo-political risk to play a hand in the direction of Treasury yields through the week, NAFTA and U.S – China trade negotiations, U.S sanctions on Iran, the anti-Euro Italian government and North Korea there for the markets to contend with through the week.