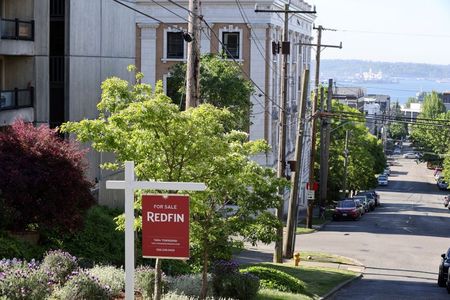 The National Association of Realtors (NAR) said on Thursday its Pending Home Sales Index, based on contracts signed last month, fell 1.9% to 112.8. Economists polled by Reuters had forecast pending home sales would increase 0.3%.

Pending home sales for May were revised to show an increase of 8.3% instead of the 8.0% gain previously reported.

Pending home contracts are seen as a forward-looking indicator of the health of the housing market because they become sales one to two months later.

“Pending sales have seesawed since January, indicating a turning point for the market,” Lawrence Yun, NAR’s chief economist, said in a statement. “Buyers are still interested and want to own a home, but record-high home prices are causing some to retreat.”

Compared with one year ago, pending home sales were down 1.9%.

Sharp drops in pending home sales in the South and West in June outweighed modest increases in the Northeast and Midwest.