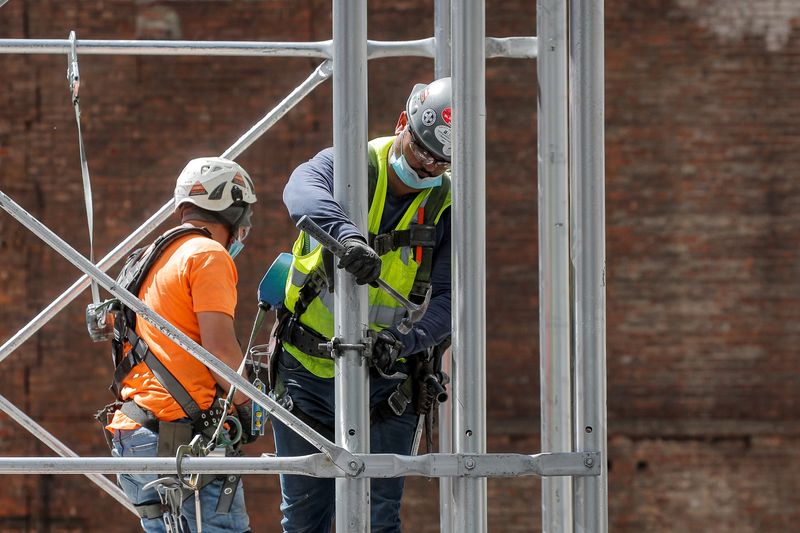 WASHINGTON (Reuters) – U.S. worker productivity fell at its steepest pace since 1947 in the first quarter, while growth in unit labor costs accelerated, indicating that rising wage pressures will continue contributing to keeping inflation elevated for a while.

Nonfarm productivity, which measures hourly output per worker, plunged at a 7.5% annualized rate last quarter, the deepest since the third quarter of 1947, the Labor Department said on Thursday. Data for the fourth quarter was revised slightly lower to show productivity growing at a 6.3% rate instead of the previously reported 6.6% pace.

Economists polled by Reuters had expected productivity would drop at a 5.4% pace. The decline was flagged in last week’s first-quarter gross domestic product report, which showed the economy contracting at a 1.4% rate in the January-March period.

Productivity fell at a 0.6% pace from a year ago. It has been volatile since the start of the COVID-19 pandemic more than two years ago.

Hours worked increased at a 5.5% rate in the first quarter after rising at a 2.5% pace in the fourth quarter.

Unit labor costs – the price of labor per single unit of output – shot up at an 11.6% rate. That followed a 1.0% growth pace in the October-December quarter. Last quarter’s jump likely exaggerates the pace of growth in labor costs.

Unit labor costs increased at a 7.2% rate from a year ago. The surge in costs followed on the heels of a government report last week showing that compensation for American workers notched its largest increase in more than three decades in the first quarter amid a persistent labor shortage.

There were a record 11.5 million job openings at the end of March. The Federal Reserve on Wednesday raised its policy interest rate by half a percentage point, the biggest hike in 22 years, and said the U.S. central bank would begin trimming its bond holdings next month as it battles sky-high inflation. Fed Chair Jerome Powell told reporters that “the labor market is extremely tight, and inflation is much too high.”