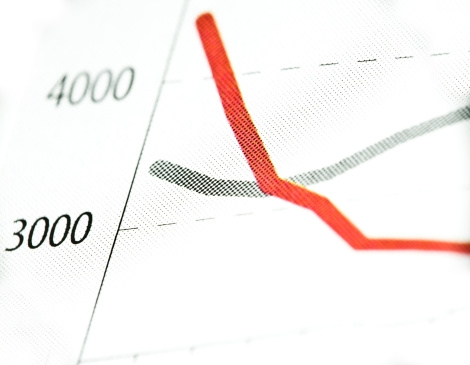 According to Reuters, economists forecast 202,000 jobs were added in April. The unemployment rate was expected to be unchanged at 5 percent, while average hourly wages were expected to have grown by 0.3 percent.

Treasury yields fell, driving June 30-Year Treasury Bonds to 166’16 before breaking back to 165’13. June 10-Year Treasury Notes were trading 130’27, up 0.08%. The drop in yields suggests that investors have taken the possibility of a June interest rate hike off the table.

The EUR/USD and GBP/USD were trading higher after the release of the jobs data. However, the AUD/USD continued to weaken, dropping 1.52% to 0.7737 in reaction to the news that the Reserve Bank of Australia slashed its inflation forecasts, suggesting they may implement as many as two more interest rate cuts by the end of the year.

The USD/CAD also bucked the trend, rallying to 1.2923, up 0.0070 or +0.55%. The catalyst behind the rally was a report showing employment in Canada unexpectedly decline in April amid cutbacks linked to the struggling energy industry and manufacturing. The Canadian Dollar dropped against the U.S. Dollar as Statistics Canada said employment fell by 2,100 positions in April, compared with the median forecast of a 1,000 job increase.

June Crude Oil turned higher after early session weakness, finishing at $44.44, up $0.12 or +0.27%.  Crude benefited from the weaker dollar and crude production cuts in Canada where a huge wildfire has disrupted oil sands operations.