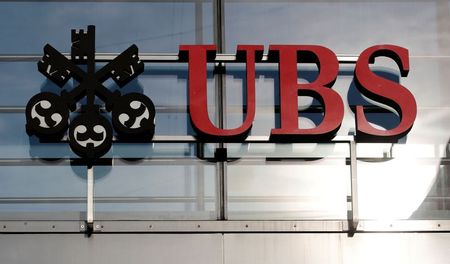 The charge taken by Switzerland’s biggest bank comes as losses from Archegos are still rippling across the global banking industry, with Japan’s Nomura posting on Tuesday its biggest quarterly loss in over a decade as a result of its dealings with the stricken fund.

“We are all clearly disappointed and are taking this very seriously,” UBS Chief Executive Ralph Hamers said of the loss in its prime brokerage business related to the U.S. client’s default. While the client was not named, it is widely understood to be Archegos.

“A detailed review of our relevant risk management processes is underway and appropriate measures are being put in place to avoid such situations in the future,” he said.

UBS shares were indicated down 1.15% in pre-market trading activity.

The bank, which has hitherto received little scrutiny over its involvement in Archegos and had previously declined to comment on any related positions, said on Tuesday the revenue hit to its prime brokerage business had reduced net profit by $434 million in the first quarter.

Still, net profit of $1.824 billion for the first three months of 2021 overshot median expectations for $1.591 billion in a poll of 20 analysts compiled by the bank.

UBS also posted a better than expected first-quarter pre-tax profit, as increases over the frenzied trading and bumper results achieved during the start of the coronavirus crisis last year helped offset the hit from Archegos.

Hamers, who took over from long-time boss Sergio Ermotti in November, was hired to help boost the bank’s digitalisation efforts after a successful stint doing so at ING.

But his start at UBS, widely lauded as an opportunity to prime the bank for a more tech-centred future, has been complicated by a Dutch criminal investigation into his role in money laundering failings at ING.

Hamers plans to unveil new strategic initiatives when he speaks to analysts at 0800GMT on Tuesday, centered around making UBS a faster and more client-driven “digital native” firm focused on sustainable investing.

A simplification of its setup and new digitalisation efforts should help generate approximately $1 billion in gross savings per year by 2023, the bank said, which is to be reinvested into growth initiatives.

The bank also carved out a new executive-level role of Chief Digital and Information Officer, promoting group head of technology Mike Dargan in a move Hamers said would help the bank achieve its strategic ambitions in the digital and technology space.

UBS has taken a back seat in financial headlines over recent months, after a slew of painful missteps at its nearest rival Credit Suisse prompted losses, sackings and probes at Switzerland’s No. 2 bank.

Credit Suisse has suffered a more than $5 billion hit from the Archegos debacle, which triggered losses amongst a swathe of global banks and a fire sale of stocks when it defaulted on margin calls in late March.

“In view of the strong Q1 results we felt it was not required (to disclose our losses related to Archegos) at the time (the default was first revealed),” Hamers said in an interview with Bloomberg TV.

The bank has no plans to ditch its prime brokerage business following the debacle, he added.

It had exited all remaining positions in April, the bank said in a statement, and would recognise related losses in the second quarter which are “immaterial for the group”.

Taking a cautious approach towards the second quarter, the bank said it expected client activity levels to come down from the highs seen in the first three months of the year, partially offset by a boost in recurring fees it generates off managing client investments due to higher asset prices. 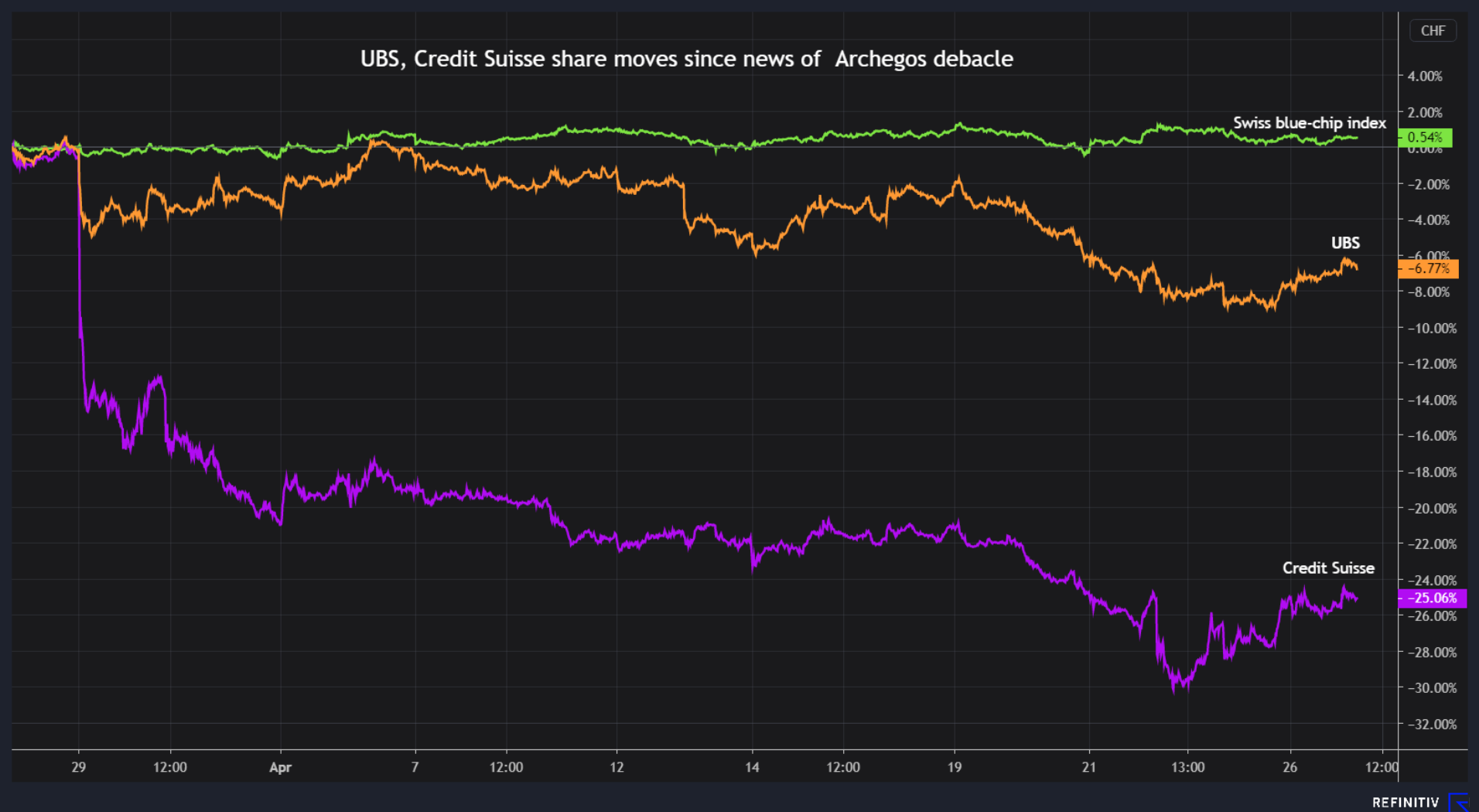 UBS derives the biggest chunk of its profits from advising and managing money for the world’s rich, while also maintaining smaller global investment banking and asset management operations.

It conducts retail and corporate banking only in its home market.

That business model paid off in 2020, as its low-risk lending book – comprised primarily of mortgages and loans to the wealthy, as well as a smaller portion of corporate and retail credits in its prosperous Swiss home market – suffered fewer losses than many high street peers.

Now, in the first three months of 2021, the bank once again overshot financial targets on the back of record activity across its client franchises and as a smaller and more risk-averse investment bank helped cushion the blow from Archegos but also reaped fewer rewards off stellar capital markets activity posted by peers.

UBS, however, saw investment banking pre-tax profit fall 42% on the back of the charge related to Archegos and more modest revenue growth in the rest of its trading business.

Its asset management unit, meanwhile, posted the biggest gains across any of the bank’s divisions, increasing earnings 45% thanks to the strong investment environment.