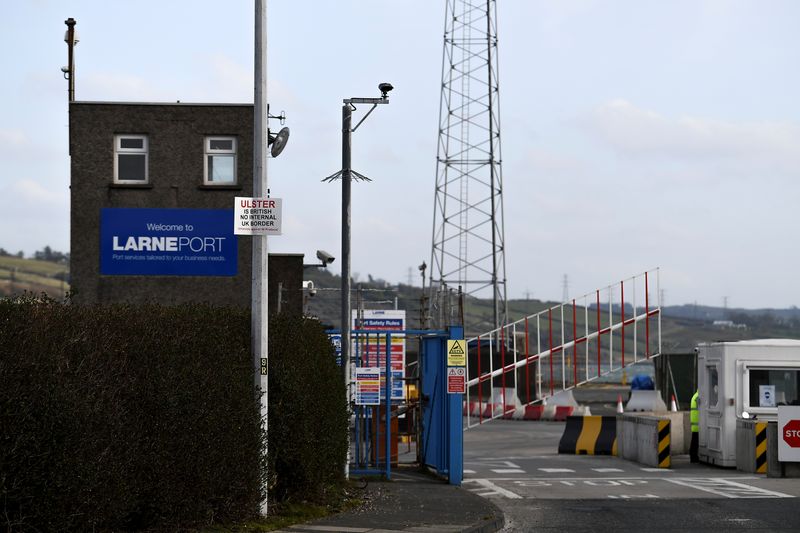 LONDON (Reuters) -Britain is confident it will not break international law with plans to introduce legislation to unilaterally deal with problems caused by the post-Brexit arrangements that cover trade with Northern Ireland, a minister said on Thursday.

The legislation is expected to come to parliament soon as a dispute over how to deal with the so-called Northern Ireland protocol, which governs post-Brexit trade and was agreed as part of Britain’s deal to leave the European Union, drags on.

“The government is confident that our actions are lawful under international law and in line with long standing convention we do not set out internal legal deliberations,” Europe minister James Cleverly told parliament.

The protocol aims to keep the British-run province, which borders EU member Ireland, in both the United Kingdom’s customs territory and the EU’s single market for goods.

Britain has criticised the implementation of trade rules under the protocol, which has seen some businesses in Britain unable to send some goods to Northern Ireland.

The government says the situation risks undermining the 1998 Good Friday peace deal for the province, though others, such as the EU and some U.S. politicians, say the protocol is essential to protect that deal.

Last month, foreign minister Liz Truss said she would introduce legislation to make changes to the protocol. She said the legislation would involve a dual regulatory regime designed to ensure goods moving to Northern Ireland and staying there would be free of unnecessary administrative burdens.

“We’ll be setting out further detail about our legal position when we put the bill forwards,” Prime Minister Boris Johnson’s spokesman said on Thursday, adding the bill was in the final stages of drafting.

“The relevant committee met and agreed this yesterday.”