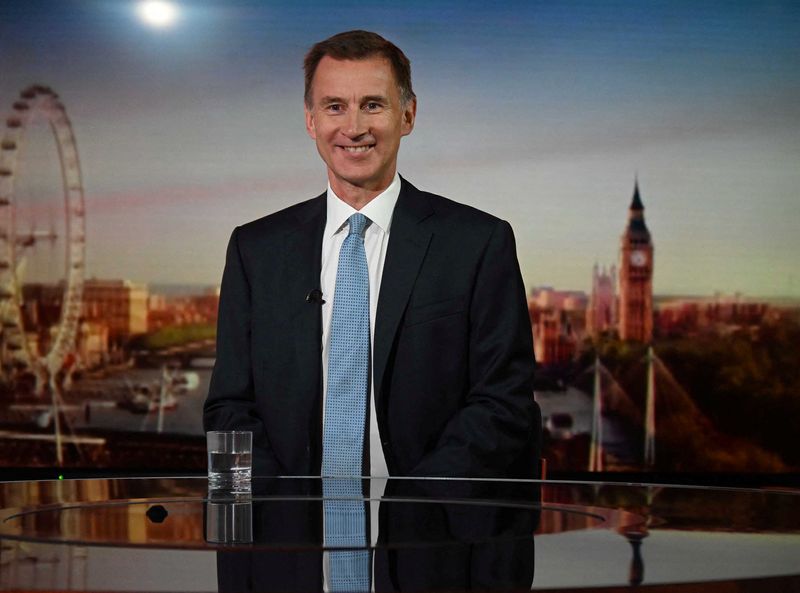 LONDON (Reuters) – Former British foreign minister Jeremy Hunt, who is running to replace Boris Johnson as prime minister, said on Monday tax cuts could be made without increasing national debt.

“I want to cut all taxes. The way we do that is to get the economy growing, get businesses making more profits, paying more tax,” he told BBC of his plans to cut corporation tax.

“I have … endorsed tax cuts that we can do within our current fiscal rules if we spread them over a five year period. That means that our national debt continues to fall as a proportion of our output … we shouldn’t be cutting taxes if we’re loading up debts on future generations.”