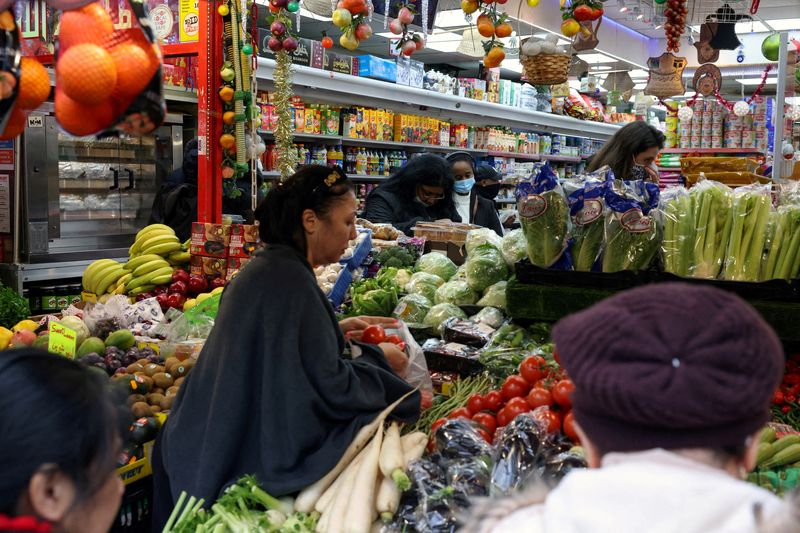 LONDON (Reuters) -The British public’s expectations for inflation over the next five to 10 years hit a joint record high in February, according to a survey that is likely to strengthen the Bank of England’s intention to raise interest rates further in the coming months.

U.S. bank Citi and polling firm YouGov said their gauge of expectations for inflation in five to 10 years’ time rose to 4.1% from 3.8% in January, equalling a record high struck in June 2011.

With inflation surging to its highest levels since the early 1990s, the BoE is worried that expectations for rapidly rising prices will become engrained and make it harder for it to return inflation to its 2% target once the immediate price shock has passed.

The BoE raised interest rates on Feb. 3 for the second time in two months and warned further modest tightening would be needed in the coming months to bring inflation back to its 2% target in the next two to three years.

Monday’s survey showed public inflation expectations for the coming 12 months hit an outright record of 5.6% from 4.8% in January.

“Today’s data, especially the level of long-term expectations, suggest a growing risk that expectations could become de-anchored,” said Citi economist Benjamin Nabarro, adding that this was still not his base case.

“However, these risks do now merit particular vigilance as CPI inflation exceeds 8% in the months ahead. For the (BoE), these data – alongside recent developments – may increase the risk of an outsized move in Bank Rate in March.”

Financial markets expect the BoE to increase rates to 0.75% from 0.5% this month, and for rates to reach 1.5% by August, but before Russia’s invasion of Ukraine investors saw a strong chance of a half-point rate rise in March.