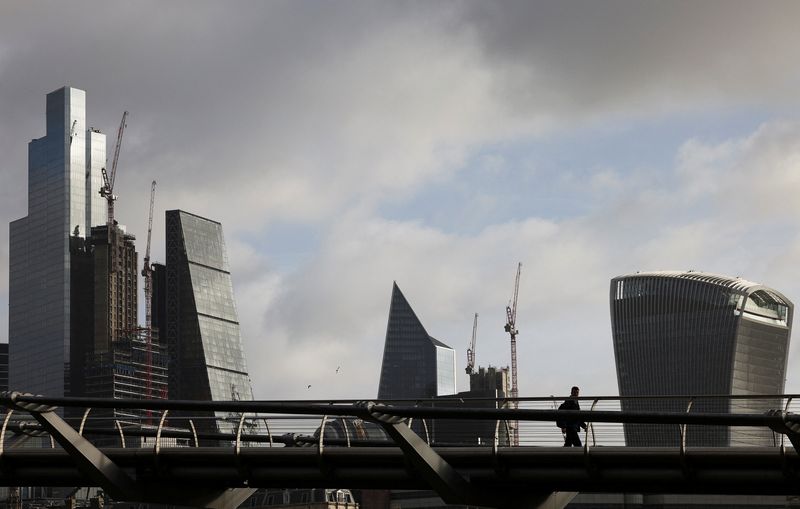 By William Schomberg and Andy Bruce

Data published on Tuesday showed a smaller-than-usual budget surplus in January, a month when income-tax revenues flood in, and economists said inflation’s continued acceleration would limit the room for manoeuvre that Sunak has for his budget.

Excluding state banks, the surplus totalled 2.9 billion pounds ($3.9 billion) last month, below an average forecast of 3.5 billion in a Reuters poll of economists.

It was the first time the monthly budget figures did not go into the red since the pandemic struck two years ago.

But the surplus was smaller than usual for the start of the year. In January 2020, it was nearly 10 billion pounds.

Inflation, which is running at a 30-year high and looks set to top 7% in April, took the government’s interest bill to 6.1 billion pounds in January, up by 4.5 billion over the same month last year, mostly because of inflation-linked bonds.

In the first 10 months of the 2021/22 financial year ending on March 31, interest payments jumped by 80% to nearly 60 billion pounds, exceeding Britain’s entire budget deficit in the year before COVID-19 hit.

The inflation leap, caused by surging energy prices and the after-effects of the pandemic on the global economy, is straining British households’ finances too.

Sunak has already announced measures to soften the blow from April’s 54% increase in energy tariffs, but he is under pressure to do more in a budget statement expected on March 23, shortly before social security contributions go up.

A think tank, the National Institute of Economic and Social Research, estimates the payroll tax hike, combined with higher inflation, could drive a 30% rise in destitution in Britain.

Tax revenues were 29 billion pounds above official forecasts in the first 10 months of the 2021/22 financial year while spending, on inflation-linked bonds plus public services and rail subsidies, was 9 billion pounds higher.

Accumulated borrowing between April last year and January was about half its level in the same period of 2020/21 when the pandemic crisis was at its most severe.

But Sunak pointed to the need to prepare for risks ahead.

“Our debt has increased substantially and there are further pressures on the public finances, including from rising inflation,” he said.

“Keeping the public finances on a sustainable path is crucial so we can continue helping the British people when needed, without burdening future generations with high debt repayments.”

Britain’s fiscal watchdog, the Office for Budget Responsibility, said “large upside surprises in spending (on debt interest costs) relative to our October forecast will follow in the coming months.”

Britain’s stock of public debt stands at 2.32 trillion pounds, and has risen to nearly 95% of gross domestic product, from about 82% immediately before the pandemic struck Europe.

Bethany Beckett, an economist with Capital Economics, said the public finances were likely to end the financial year in better shape than the official forecasts that underpin Sunak’s budget, but next year’s deficit looked on course to overshoot by 30 billion pounds.

The Bank of England is widely expected to raise interest rates for a third meeting in a row next month as it tries to stop the rise in inflation from becoming entrenched.

Michal Stelmach, an economist at KPMG UK, said the early 2022 fiscal performance was probably better than Tuesday’s data suggested because about 20% of taxpayers had taken advantage of a month-long extension for filing their tax returns.