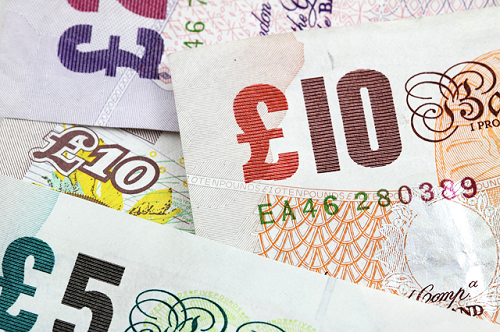 The services industry has eased to its worst level of growth in three years, according to a PMI for April compiled by Markit and the Chartered Institute for Procurement and Supply.

Although the figure is still above the neutral 50.0 level, and the service sector has enjoyed, a 40- month spell of uninterrupted growth.

Currently, optimism in the sector has been curtailed by several factors, including the uncertainly emanating from the referendum on whether to leave the European Union (EU).

Some firms mentioned the delayed placing of new contracts by clients, due to the potential upheaval of a ‘no’ vote.

Upward pressure on input prices have also been at their highest since January 2014, and has been linked to the UK’s new national living wage, which can reach up to £8.25 per hour.

Outstanding business that was held by the service sector fell for the second time in 2016, a reflection of the relatively weak growth in the industry.

Employment did increase in the industry, with job creation rising to over the long time average of the survey, although employment growth was the weakest for two and a half years.

There was more positive news as there was a further rise in new business volumes, helping to support the overall growth of services activity.

UK Pound Falls Against the US Dollar

Downward pressure on the UK pound has reversed some of the recent appreciation that sterling has enjoyed against the US dollar.

Currently the pound is buying $1.44, a fall from  $1.45 that was reached in the early hours of this morning GMT, in what has been a turbulent GBP/USD relationship in the past 24 hours.

Sterling has come under pressure from poor performances in Markit’s latest manufacturing, construction, and now services  PMI‘s, which all signified that the UK economy is easing at the moment.

The spectre of leaving the EU is also continuing to haunt the fortunes of the pound.

In survey conducted by pollsters ICM, the campaign to leave the EU has recovered momentum from recent weeks, as 45% said they would be in favour of a ‘Brexit’, a 1% lead over those who with to stay.

Although in the Financial Times’ poll of poll tracker, the remain camp can boast a three point lead.

As they have claimed 46% from all of the polls taken, compared to 43% who want to walk away from EU membership.

The EUR/USD rate has favoured the greenback so far this morning CET, as the euro has fallen to buying $1.144, having just peaked over the $1.148 level at the beginning of trading.

FC Exchange analyst Daniel Wray in his daily round up of the forex market, alluded to a raft of PMI releases yesterday.

Euro area business growth was slow but steady, but the PMI suggested that that action taken by the European Central Bank is strengthening economic activity.

Even though so far it has failed to boost inflation, currently at minus 0.2% in the euro area.