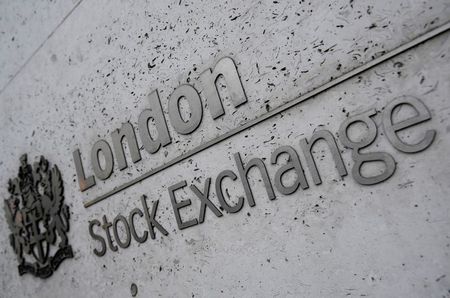 The blue-chip FTSE 100 index was down 0.6%, with bank stocks including HSBC Holdings, Barclays Plc, and Lloyds Banking Group falling between 1% and 1.5%.

British consumer price inflation fell to 0.4% in February from 0.7% in January, reflecting unusual patterns of clothing discounts, official figures showed, versus forecasts in a Reuters poll for it to edge up to 0.8%.

Housebuilder Bellway Plc shed 0.4%, after reporting a 4% fall in pre-tax profit for the six months to Jan. 31.

Holiday company TUI gained 0.8%, despite saying it would shut 48 retail stores across Britain, adding to the 166 it had already closed there during the pandemic.

(Reporting by Shivani Kumaresan in Bengaluru; Editing by Subhranshu Sahu)