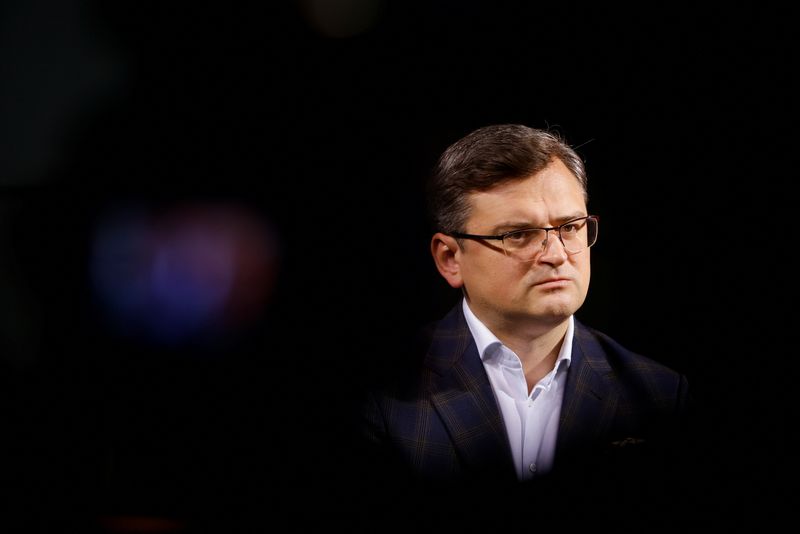 WEISSENHAUS, Germany (Reuters) – Ukraine asked the G7 group of rich nations on Friday to seize Russian assets and hand them over to help it rebuild after months of war, Foreign Minister Dmytro Kuleba said.

Kuleba said he made the request while addressing a meeting of G7 foreign ministers in northern Germany. “We are talking about hundreds of billions of dollars. Russia must pay,” Kuleba told reporters on the sidelines of the session.

He also called on the European Union to push through plans for wider sanctions in Russia, including an oil embargo, and said he hoped Hungary would drop opposition to the scheme.

“We do not interfere in their discussion, but it’s a critical moment when we will see whether EU unity will continue to exist or whether it will be broken,” he said.

The G7 foreign ministers backed giving more aid and weapons to Kyiv at the meeting, in what Germany called a “powerful sign of unity” to deepen Russia’s global isolation.

Kuleba said there has been much improvement on weapons supplies to the country, but more were need to ensure Kyiv could continue to hold out against Moscow, especially multiple rocket launch systems.

He accused Russia of blocking Ukrainian exports of agricultural products and said the G7 had discussed how to lift the blockade.

The Kremlin calls its Feb. 24 invasion of Ukraine a “special military operation” to demilitarise a neighbour threatening its security.

Ukraine says it poses no threat to Russia and that the deaths of thousands of civilians and destruction of cities and towns show that Russia is waging a war of aggression.