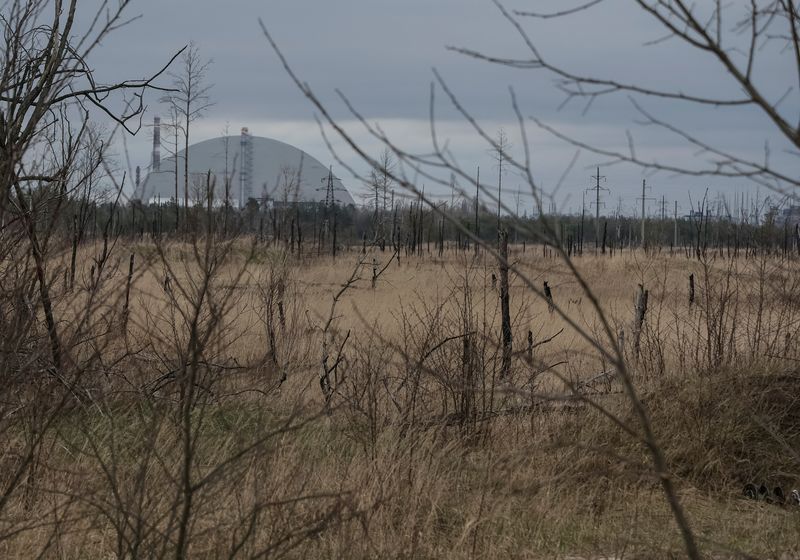 Ruslan Strilets, Minister of Environmental Protection and Natural Resources, said the war had destroyed ecosystems, deprived wildlife of its natural habitat and contaminated land in one of the world’s main grain producers.

“Over the past 20 years, this is the first military conflict in the world that has caused such large-scale environmental damage,” he told a news conference.

Fighting near the defunct Chornobyl atomic power station, scene of the world’s worst nuclear accident in 1986, had caused fires over almost 12,000 hectares of land, killing flora and fauna in a unique environment, Strilets said.

Kyiv has recorded 1,500 cases of the destruction of ecosystems or contamination of land, he added.

“There are areas such as wetlands that are being destroyed as the occupier’s equipment goes over them. These are ecosystems that have been forming for hundreds of years and we are really losing them,” he said.

Strilets said Ukraine had suffered more than 2.5 billion hryvnia ($85 million) in financial losses in the Chornobyl exclusion zone but did not estimate the overall environmental damage from the war.

“Our goal is to compensate as much as possible for the losses that Russia is inflicting on Ukraine … All damages will go to international courts,” he said, without identifying the courts.

Russia did not immediately comment on Strilets’ remarks. It says its “special operation” is intended to demilitarise Ukraine and root out dangerous nationalists. The West and Kyiv call that a false pretext to invade.