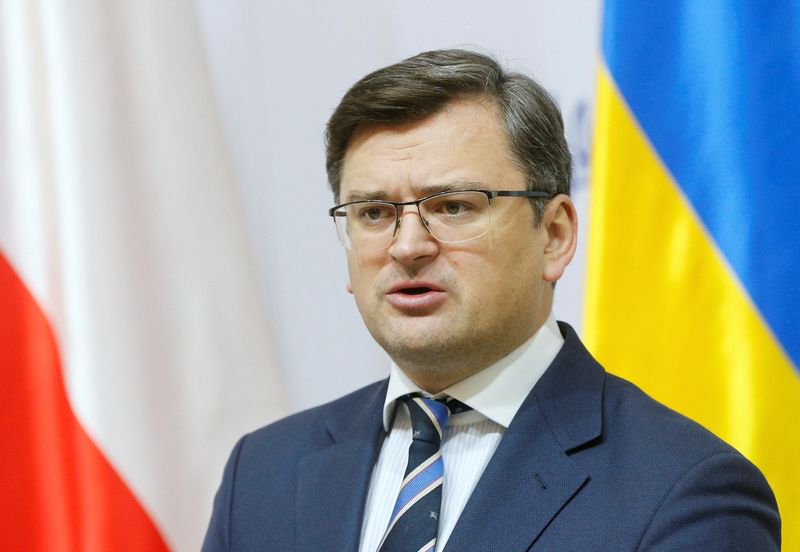 KYIV (Reuters) – Ukraine’s Foreign Minister Dmytro Kuleba said on Monday he had spoken to U.S. Secretary of State Antony Blinken about the functioning of an international observer mission that monitors the separatist conflict in eastern Ukraine.

The Special Monitoring Mission (SMM) of the Organisation for Security and Cooperation in Europe (OSCE) has for years monitored fighting between Ukrainian troops and Russian-backed separatist forces but recently some of its staff have left the area amid growing concerns over a possible Russian invasion of Ukraine.

“We also discussed the functioning of SMM OSCE. Ukraine is interested in it being fully operational,” Kuleba said in a tweet after his phone call with Blinken.