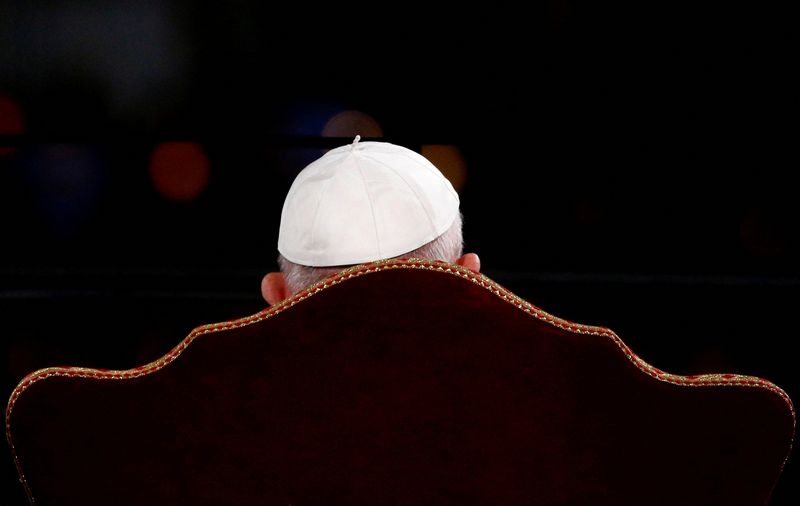 VATICAN CITY (Reuters) – The Vatican’s decision to have both Ukrainians and Russians take part in Pope Francis’ “Way of the Cross” procession on Friday has caused friction with Ukrainian Catholic leaders, who want it to be reconsidered.

The annual Via Crucis event on Good Friday at the Colosseum consists of the 14 Stations of the Cross, stages between the condemnation of Jesus to death and his burial. It is often customised so that those who carry the cross from one station to the next reflect world events.

This year’s programme for the evening candlelight service has a Ukrainian family and a Russian family sharing the carrying of the cross at the 13th station, which commemorates Jesus being taken down from the cross after his death.

“I consider such an idea inopportune, ambiguous, and such that it does not take into account the context of Russia’s military aggression against Ukraine,” said Major Archbishop Sviatoslav Shevchuk, head of Ukraine’s Byzantine-rite Catholic Church.

The text of the meditation to be read at the 13th station speaks of reconciliation and reconstruction after bombings.

Shevchuk, who is in Kyiv and has invited the pope to visit the Ukrainian capital, said in a statement on Tuesday that the text was “incoherent and even offensive, especially in the context of the expected second, even bloodier attack of Russian troops on our cities and villages”.

He said he had asked the Vatican to review the decision.

In an accompanying statement, Shevchuk’s Rome office said many Ukrainians were “convinced that gestures of reconciliation between our peoples will be possible only when the war is over and those guilty of crimes against humanity are justly condemned”.

In a tweet, Ukraine’s ambassador to the Vatican, Andrii Yurash, said he shared Shevchuck’s concern and was working with the Vatican on “trying to explain difficulties of its realisation and possible consequences”.

Since the war began, Francis has only mentioned Russiaexplicitly in prayers, such as during a special global event forpeace on March 25. But he has made clear his opposition toRussia’s actions, using the words invasion, aggression andatrocities.

Moscow calls it actions in Ukraine a “special military operation” designed not to occupy territory but to demilitarise and “denazify” the country.

The Kremlin says allegations that Russian forces have committed war crimes by executing civilians in Ukraine were a “monstrous forgery” aimed at denigrating the Russian army.

Most Russians and Ukrainians are Orthodox Christians and this year will mark Easter a week later than Western churches.