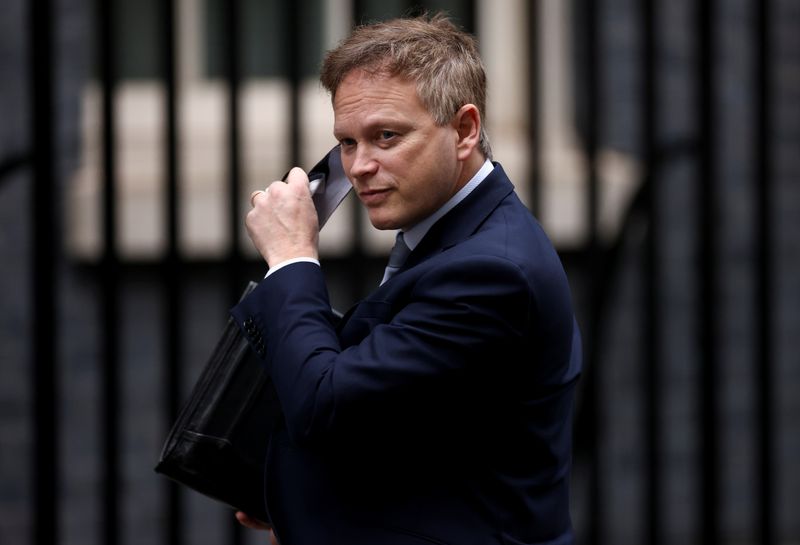 LONDON (Reuters) – British transport minister Grant Shapps said on Friday he was shocked and dismayed at P&O Ferry’s treatment of workers after 800 people were sacked on the spot by the company on Thursday.

“I want to take the opportunity to put on record my shock and my dismay at the insensitive and brutal treatment of its employees yesterday,” he told a conference organised by the ruling Conservative Party.

“Sacked via a pre-recorded Zoom video with just 30 minutes notice – no way to treat employees in the 21st century.”