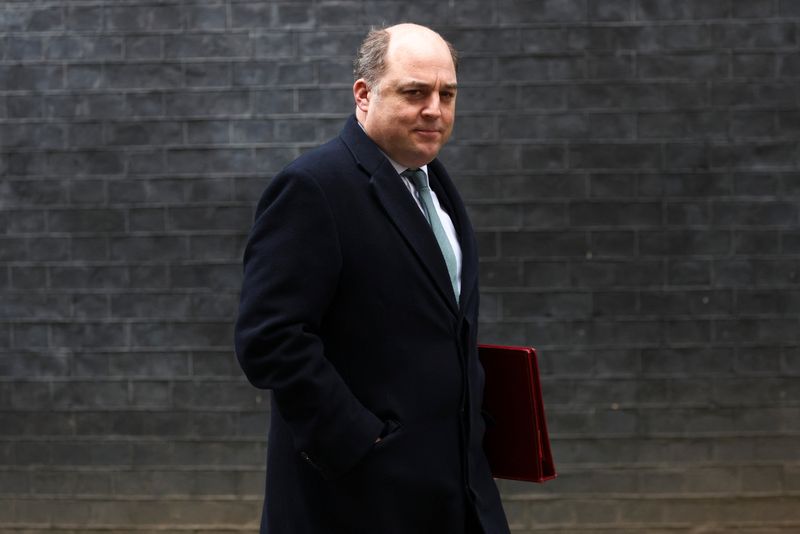 LONDON (Reuters) -Russia’s Vladimir Putin is a spent force in the world whatever happens in Ukraine, British Defence Secretary Ben Wallace said on Tuesday, predicting the invasion would be the president’s end.

Russia’s offensive in Ukraine, which the Kremlin calls a ‘special military operation’, is continuing but at a significantly slower pace, Ukrainian military and intelligence said, as frightened residents fled bombed-out cities.

“The buck will eventually stop somewhere in the Kremlin … whether that happens next week or next year or next decade is obviously debatable. Whatever … happens, President Putin is a spent force in the world and he is done, his army is done … and he needs to recognise that,” Wallace told Times Radio.

Wallace said the invasion was not going to plan for Russia.

“This will be Putin’s end … and so it should be,” Wallace told BBC radio. “It would be an impossible task to occupy such a people and a country.”

“No one will be taking his phone calls in the long term. He has exhausted his army, he’s responsible for thousands of Russian soldiers being killed, responsible for innocent people being killed … He is reducing his economy to zero … he has to take responsibility for that.”