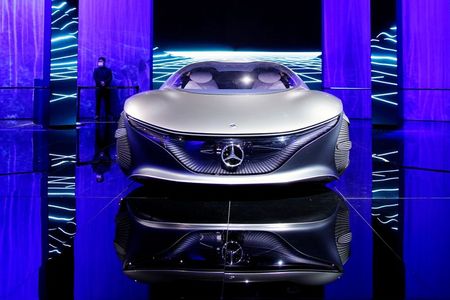 Daimler is among the major carmakers that have had to cut back production this year because of the shortage spurred by the coronavirus pandemic.

The company said that its visibility into how the chip supply situation will develop is currently low.

“Improving supply visibility is a top priority for us,” CEO Ola Källenius said on a conference call with analysts and investors.

The shortage comes as demand for cars has spiked during the global economy’s recovery from the ravages of COVID-19, sending up prices of both new and used vehicles as inventories shrink.

Mercedes-Benz car sales in the second quarter jumped 27%, with a 54% jump in Europe, Daimler’s second market after China.

After soaring in late 2020 and the first quarter, Mercedes-Benz sales in China posted a modest gain of 5.8% in the second quarter.

The company said it now expects full-year car sales to be in line with 2020 levels. Previously the German carmaker had said it expected car unit sales this year to be significantly above last year’s.

Daimler also said that 2021 adjusted profit margins at its truck and bus division would be between 6% and 7%, below its previous forecast of a range from 6% to 8%.