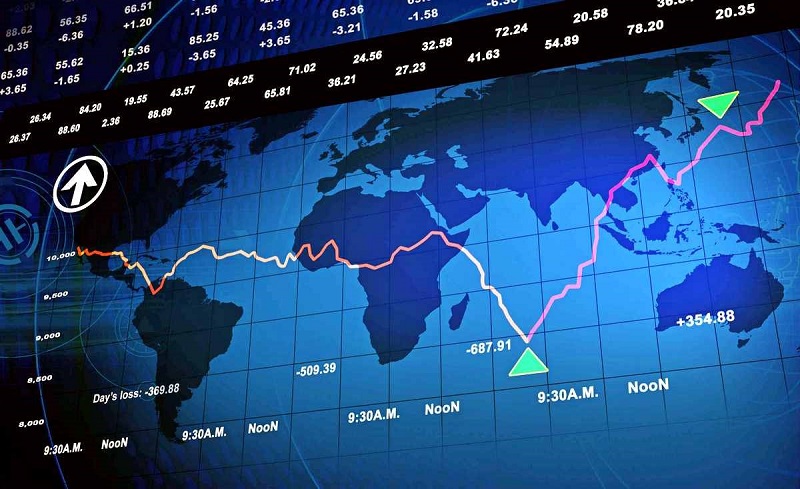 Asian markets were broadly higher on Monday as trade talks resume between the world’s two largest economies. The talks are vice-ministerial level, began today and are being held in Beijing. China’s spokesperson for the Foreign Ministry says both sides have expressed a desire to make a deal and that China is ready to resolve these issues with the US on an equal footing.

China’s equity markets were the least bullish in Monday trading, rising about 0.75% in Shanghai and Hong Kong. In Hong Kong, China Mobile was among the top gainers advancing more than 1.10% on an upgrade from Nomura. Nomura says China Mobile is well positioned to dominate the 5G landscape in the region.

Other indices were more buoyant. The Japanese Nikkei rose nearly 2.45% on the news, led by the auto sector, with Toyota advancing 3.15%. In Korea, the Kospi gained 1.34% with shares of Samsung and Dongbu Steel leading the way. Samsung was up on news it had inked a deal with former rival Apple while Dongbu Steel jumped 30% after it announced a plan to increase investment in its shares.

Traders in the EU remain cautious on global growth concerns, Brexit uncertainty, and the US government shutdown. Slowing global growth is a major cause of the recent equities market correction and remains in the spotlight as data continues to come in weak. In today’s news, German factory orders fell more than expected. Analysts had bee looking for a decline near -0.2%, the actual was -1.0%.

US Futures Flat, Trade, FOMC, And Earnings Are In Focus

US futures indicated a flat open on Monday as traders wait for word on trade. With the US and China discussing the matter right now we can be assured of some headlines in the overnight hours going into Tuesday’s session. Traders are expecting some positive developments although nothing substantive is likely to develop at this time.

On the FOMC front, Fed Chief Jerome Powell did a lot to soothe frayed market nerves last week when he said the committee was patient and ready to alter its course if data supported that idea. In terms of data, Friday’s NFP report showed a massive gain in US employment and hourly earnings, one indication the Fed’s plan to continue hiking rates is still sound. This week’s data includes the FOMC minutes from the last meeting as well as a read on consumer level inflation, due out Friday.