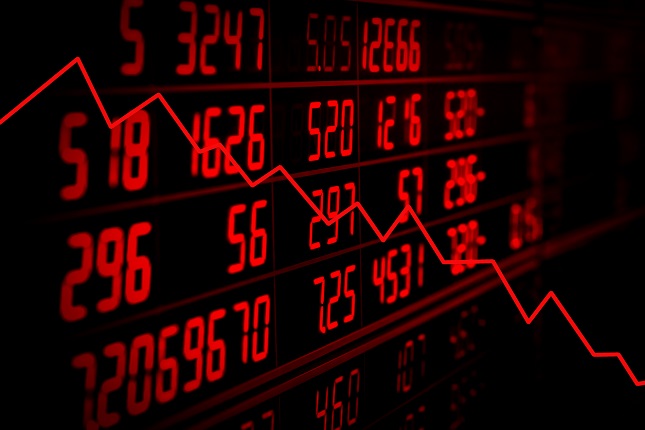 There was no major economic news on Wednesday which likely means political uncertainty in Washington has unsettled investors. Reports that President Trump is discussing how to remove Jerome Powell from his position as chairman of the Federal Reserve arose over the week-end, but Treasury Secretary Steven Mnuchin repudiated the claims.

Additionally, Mnuchin may have rattled investors when he called the leaders of the six largest U.S. banks over the weekend in order to reassure nervous investors that the financial markets and economy were functioning properly.

“The banks all confirmed ample liquidity for lending to consumer and business markets,” said the statement from the Treasury Secretary.

“We continue to see strong economic growth in the U.S. economy with robust activity from consumers and business,” said Mnuchin added in the statement on Sunday. Furthermore, a senior Treasury official told CNBC on Monday that the purpose of Mnuchin’s call and statement was to take a “prudent, preemptive measure” after last week’s volatility.

But What Is There To Worry About?

Wall Street pros are questioning the timing and the reason for Mnuchin’s remarks. Some believe that they raised more questions than answers. As far as I can see, the sell-off in the markets has been orderly. Volatility has risen substantially since October and the markets have lost more than 50% of its two year gains. Furthermore, the S&P 500 Index and NASDAQ Composite Index have entered bear market territories. In other words …the panic selling hasn’t begun which means the markets aren’t even close to capitulation.

However, in contacting the major banks and asking them to reassure investors that there is plenty of liquidity available brings back memories of 2008 to some who remember that the lack of liquidity in the credit markets compounded the problems in the stock markets.

Prior to last weekend’s event, traders were worried about the government shutdown, rising interest rates, plunging oil prices and US-China trade relations, it now looks like some have added market liquidity to that list of concerns.