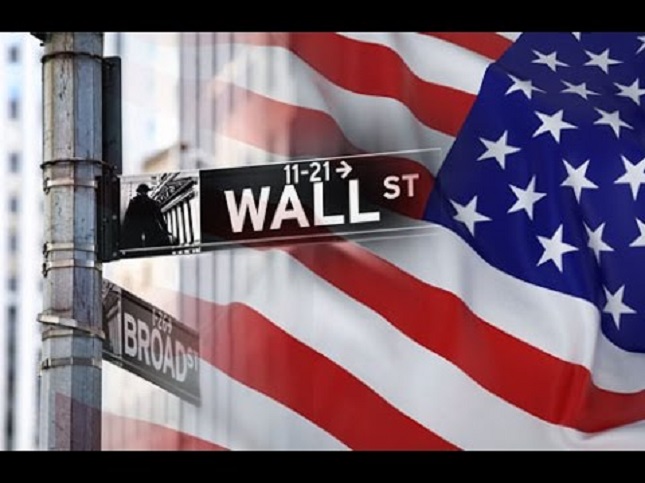 The benchmark S&P 500 Index and the blue chip Dow Jones Industrial Average surged early in the session but finished off their record highs on Monday as investors speculated that a full economic reopening was finally in sight after a well-known pharmaceutical firm announced the first positive results from a late-stage COVID-19 vaccine trial.

The markets were also supported on the opening as investors were reassured by Saturday’s news that Joe Biden had garnered enough votes to win the U.S. presidential election. However, late in the session, the markets gave back most of their earlier gains after U.S. Senate Majority Leader Mitch McConnell on Monday said President Donald Trump was completely within his rights to look into “irregularities” from last week’s election.

Pfizer and its German partner BioNTech said a large-scale trial of their vaccine showed it was more than 90% effective in preventing COVID-19. While their vaccine study is still ongoing and requires approval, Pfizer and BioNTech said they had found no serious safety concerns so far and expected to seek U.S. emergency use authorization later this month.

The news doesn’t mean the U.S. is out of the woods with the coronavirus, but if Pfizer gets approval to begin administering the vaccine, it would remove the worst case scenario – meaning the country would avoid a national lockdown. Additionally, the market is forward looking so investors are pricing in better times in the first and second quarter of next year.

With investors already looking forward to improved earnings results next year, sectors such as energy, travel and financials which were among the hardest hit by lockdowns aimed at curbing the virus were some of the biggest percentage gainers on Monday.

While cyclical stocks led the market advance on Monday, the tech-heavy NASDAQ dropped as investors dumped some of the popular stay-at-home plays such as Zoom Video and Netflix. The index finished Monday’s session near its session low.

The vaccine news sent travel stocks soaring as the recovery of these companies depends on a successful economic reopening. American Airlines, Delta and United all jumped more than 15%, while Carnival, Norwegian and Royal Caribbean surged more than 25% each.

U.S. banks including Citigroup Inc and Bank of America Corp, often seen as a proxy for the broader economy, jumped about 9% each, while oil majors Exxon Mobil Corp and Chevron Corp climbed about 10%.

Among other movers, McDonald’s Corp gained about 1.0% after it beat third-quarter revenue and profit estimates, as U.S. customers ordered more hamburgers and fries in drive-through outlets and on delivery apps.

On U.S. exchanges, 17.2 million shares changed hands in the market’s busiest trading session since June and compared with the 9.68 billion average for the last 20 sessions.

Advancing issues outnumbered declining ones on the NYSE by a 3.22-to-1 ratio; on NASDAQ, a 1.96-to-1 ratio favored advancers.