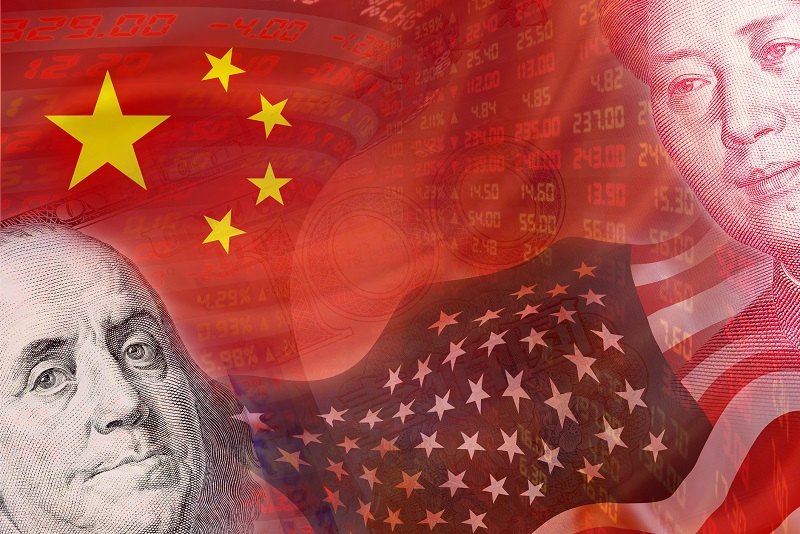 The Yuan has historically been a managed rather than floating currency, which has resulted in traders largely ignoring the USDCNY pair. However, China’s importance within the global economy and the current trade war may introduce a new period for the currency.

When Trump was on the campaign trail, he repeatedly accused China of manipulating the Yuan to increase the competitiveness of exports. While this may have been the case in the past, at the time there was little evidence that China was devaluing its currency. In fact, at times it was more likely that the central bank was supporting the currency.

The Yuan initially weakened when Trump was elected, but then remained stable for the first months of his presidency. Between May 2017 and April 2017, the Dollar weakened against the Yuan, moving from a high 6.90 to as low as 6.24.

Trade tensions between China and the US began to escalate between January and May this year. In May, the US began to impose tariffs on certain Chinese imports. Or, to put it more accurately, they terminated tariff exemptions on certain products. More products were added in June, and it seems likely this will soon be extended to all Chinese imports.

China has responded by imposing tariffs of its own on US imports. However, Trump appears unlikely to back down regardless of the impact of a trade war. Going into the US midterm elections, Trump will want to appear strong, and will not want to be seen to be giving in to pressure from anyone.

Most of the response from the exchange rate has been a function of US Dollar strength, rather than Yuan weakness. However, in July and August, the Dollar has begun to appreciate more against the Yuan than against other currencies, indicating that the Yuan is under pressure.

There has been some speculation that China’s central bank has intervened to manipulate the currency; however, the evidence doesn’t support that view. In fact, the central bank has been more hands-off than usual, and it appears policymakers are relying more on fiscal stimulus to stimulate growth.

China’s policymakers are more concerned with protecting the domestic economy than with influencing the currency. GDP growth slowed to its lowest level since 2016 in the second quarter, and the People´s Bank of China (POBC) will be concerned with preventing further slowing of the economy.

Could the trade war evolve into a currency war? It’s unlikely that the Chinese government or central bank would want to intervene, although doing so to weaken the currency further could potentially offset the effects of tariffs. It has even been suggested that the POBC would rather intervene to protect the currency’s value to prevent capital flight, something that has happened in recent years.

However, the currency could weaken further if investors decide to divest from the Chinese stock market. A greater devaluation of the Yuan is, therefore, more likely to be driven by capital flows than by government action.

There are other external factors at play, too. The US Dollar is in general appreciating against most currencies, including the Euro and Yen. To complicate matters further,

Emerging markets, in general, are under pressure, and investors are selling emerging market assets, and currencies, across the board.

Analysts are divided – many believe the Yuan will soon stabilize, at least against the basket of currencies it is priced against. Some, however, believe there may be further weakness in store for the currency. Few are looking for the Yuan to strengthen to any great extent.

The Yuan has historically not been a popular trading currency amongst Forex traders. There are several reasons for this. The Yuan is a managed currency, and the central bank has always tried to maintain a stable exchange rate. That means relatively little volatility (not great for trading) and uncertainty over what the central bank may do (not great for trading). Liquidity has generally been a problem for the pair.

However, this may be changing. Firstly, more Forex traders now have access to platforms allowing them to trade the Yuan. Secondly, we are seeing stronger trends in the USDCNH rate, and over the last two years, these trends have lasted longer than ever. In other words, the opportunity is becoming more attractive.

The Yuan has already become a more important currency within the global economy, and it’s inevitable that it will become even more important going forward. Some have suggested that in the wake of sanctions and new tariffs, countries like Russia and China may begin trading with one another in their own currencies. This could, in turn, see central banks holding a more diversified portfolio of currencies in their reserves, including the Yuan.

Trading the USD/CNH requires traders to pay attention to geopolitical developments, as recently these are the main catalysts for the pair’s movements.

As the second largest economy in the world, the absence of China’s currency from the active Forex markets has been an anomaly. However, it looks like we may see it join the list of major currency pairs in the coming years.

The immediate direction of the Yuan may be difficult to predict, but we can be reasonably certain there are volatility and opportunity ahead. It may be time for serious Forex traders to begin paying attention to it.

Forex and CFD trading carries a high risk and is not suitable for all investors. Before making any investment decisions, you should seek advice from an independent financial advisor to ensure you understand the risks involved. Read more at www.admiralmarkets.com.