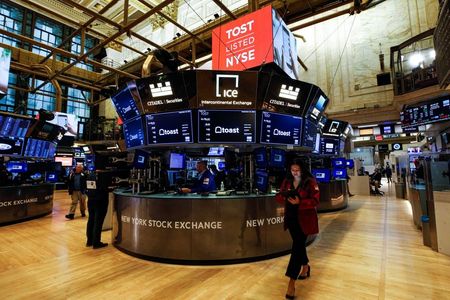 Trading was choppy, however, following the Fed’s latest policy statement, in which the central bank also suggested interest rate increases may follow more quickly than expected.

Overall indicators in the economy “have continued to strengthen,” the Fed said.

Stocks were already sharply higher before the statement from the Fed, with stocks bouncing back as concerns eased over a default by China’s Evergrande.

Strategists said what eventually happens with tightening may be less hawkish than some expect.

“I don’t think the Fed’s tightening is going to be anywhere near as hawkish as they anticipate. It’s going to be hard for them to execute on this plan as the economy slows next year,” said Joseph LaVorgna, Americas chief economist at Natixis in New York.

Evergrande’s main unit said it had negotiated a deal with bondholders to settle interest payments on a domestic bond, calming fears of an imminent default that could unleash global financial chaos.