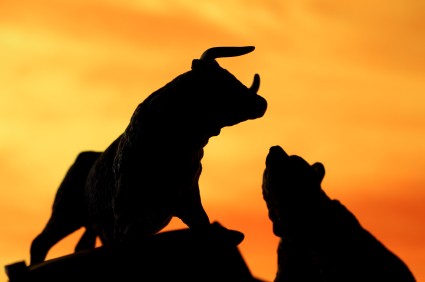 The major U.S. stock indexes closed slightly higher in choppy trading on Wednesday, once again supported by technology shares as early signs of an economic rebound offset concern about further lockdowns due to a jump in coronavirus cases across the country.

The markets opened under pressure early Wednesday as investors stayed on the sidelines in the face of an alarming rise in coronavirus caseloads across the country that poses a risk to a recovery in business activity. However, new buying came in shortly after the opening to turn stocks higher as we approached the mid-session.

Stocks gave back those earlier gains and turned lower for the session shortly before 16:00 GMT after a senior Fed official said the central bank may slow the pace of its corporate bond purchases. This news spooked traders because the announcement by the Fed on March 23 that it would start buying corporate debt helped put in the bottom of the stock market.

According to Dow Jones Newswires that broke the story, “A senior official at the New York Federal Reserve said the U.S. central bank could slow its pace of corporate debt purchases if financial markets continued to improve.”

Daleep Singh, head of the New York Fed’s markets group, noted the functioning of corporate credit markets had strengthened since the Fed unrolled its emergency lending backstops. Still, Singh said the central bank stood ready to tweak its approach given the uncertainty around a potential wave of bankruptcies from the economic impact of the coronavirus.

The reaction in the markets was swift especially by sellers who recognize we wouldn’t have a recovery in the stock market if it weren’t for the Fed’s swift interventions that helped stabilize the financial markets.

Singh went on to insure investors that a slowing in purchases “would not be a signal that the SMCCF’s (the Fed’s corporate purchase plan) doors were closed, but rather that markets are functioning well. Should conditions deteriorate, purchases would increase.”

Biogen Inc jumped 6.9% in premarket trading after the company said it submitted the marketing application for its experimental Alzheimer’s disease therapy, aducanumab, to the U.S. Food and Drug Administration.

Allstate Corp slipped 2.6% as the U.S. insurer said it would buy National General Holdings Corp for about $4 billion in cash, scaling up its auto insurance business at a time when the coronavirus has crushed traffic on roads and reduced claims.

Levi Strauss & Co fell about 5% as the denim apparel maker cautioned its business would be hit in the second half of the year, even as its sales have been improving at its reopened stores.