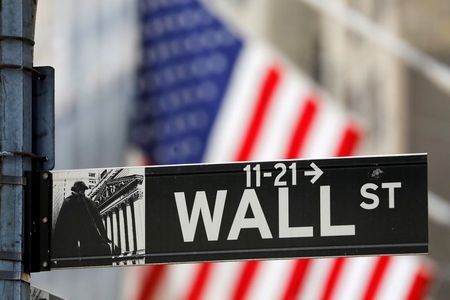 All three major U.S. stock indexes extended their declines after hawkish commentary from Dallas Fed President Robert Kaplan and a blast outside the Kabul airport in Afghanistan helped fuel the risk-off sentiment.

Kaplan, who is not currently a voting member of the Federal Open Markets Committee, said he believes the progress of economic recovery warrants tapering of the Fed’s asset purchases to commence in October or shortly thereafter.

Kaplan’s remarks followed earlier comments from the St. Louis Fed President James Bullard, who said that the central bank is “coalescing” around a plan to begin tapering process.

“There’s a lot of focus over what will come out of Jackson Hole meeting,” said Bill Northey, senior investment director at U.S. Bank Wealth Management in Minneapolis. “Whether we will see new information regarding inflection point in (Fed) policy or whether that will be deferred to the next meeting in September.”

Regarding the recovery, the economy grew at a slightly faster pace than originally reported in the second quarter, fully recovering its losses from the most abrupt downturn in U.S. history, according to the Commerce Department. But jobless claims, though still on a downward trajectory, ticked higher last week.

The data did little to move the needle with respect to expectations that the Fed is unlikely tip its hand regarding the taper timeline when Chairman Jerome Powell unmutes and delivers his speech at Friday’s virtual Jackson Hole Symposium.

“We’re transitioning between two horizons, the first being the reopening of the economy,” Northey added. “There’s little question that the data is strong across the U.S. economy.

“Horizon two is when we get back to economic normalization,” he continued. “There’s concert about the Delta variant extending the timeline between horizon one and horizon two.”

Of the 11 major sectors in the S&P 500, all but real estate were in the red, with energy stocks suffering the steepest percentage loss after several sessions of strong gains.

Coty Inc jumped 14.8% after the cosmetics firm said it expects to post full-year sales growth for the first time in three years.

Salesforce.com Inc hiked its earnings forecast as the shift to a hybrid work model is expected to fuel strong demand. Its shares advanced 4.9%.

Declining issues outnumbered advancing ones on the NYSE by a 2.29-to-1 ratio; on Nasdaq, a 1.44-to-1 ratio favored decliners.