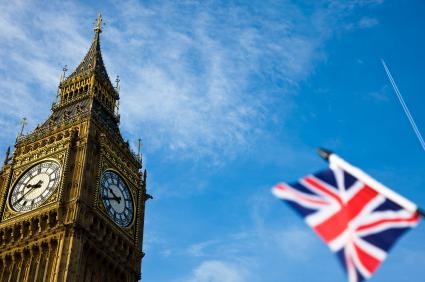 The GBP/USD fell sharply after U.K. inflation data failed to support the recent rally in the Sterling. The Office for National Statistics said the annual Consumer Price Index rose to 2.7 percent in May from April’s 2.4 percent. This was higher than the 2.6 preliminary forecast.

A high CPI reading is generally seen as bullish, but traders reacted differently because of lower inflationary data in other sectors. May’s Producer Price Index came in below expectations at 1.2 percent. Analysts had been looking for a reading of 1.5 percent. The Producer Prices Index Core Output also showed less price pressure than expected. This reading came in at 0.8 percent, slightly below expectations for an increase of 0.9 percent.

Given the below expectation numbers, traders are looking for the Bank of England to take some action to stimulate the economy. This was the catalyst behind today’s weakness.

The EUR/USD rallied sharply higher after the ZEW economic-sentiment indicator in Germany rose 2.1 points. The rise to 38.5 in June beat economist forecasts of 38.1. The move was somewhat of a surprise because many traders were expecting a lackluster trade in front of the release of tomorrow’s Fed’s monetary policy statement.

With traders committing to the long side before the Fed policy announcement, this could be sending a signal that sentiment has shifted toward the central bank leaving its current stimulus pace unaltered.

August gold futures fell sharply on Tuesday as investors increased bets the Fed would announce a reduction in its aggressive monthly bond purchasing program. If it makes this move, interest rates would rise, making the U.S. Dollar a more attractive investment.

Technically, the main down trend was reaffirmed when the market took out the recent swing bottom at $1364.50. This move made $1394.40 a new main top. If downside momentum continues, traders should look for a test of a trend line at $1350.75 over the near-term.

August crude oil futures rebounded after bearish traders failed to confirm Monday’s closing price reversal top. Today’s inside move is a sign that investors remain unsure about the Fed’s next move. Much of the recent rally was triggered by tensions in Syria. For the most part, bearish traders have given in to speculative buyers.

The bearish supply and demand situation remains the main reason why traders don’t expect the recent rally to continue.  However, tomorrow’s Fed monetary announcement could move the market if it has a dramatic influence on the dollar. If the Fed decides to slash its stimulus then the dollar could strengthen. This would put the dollar-based crude oil contract under pressure.