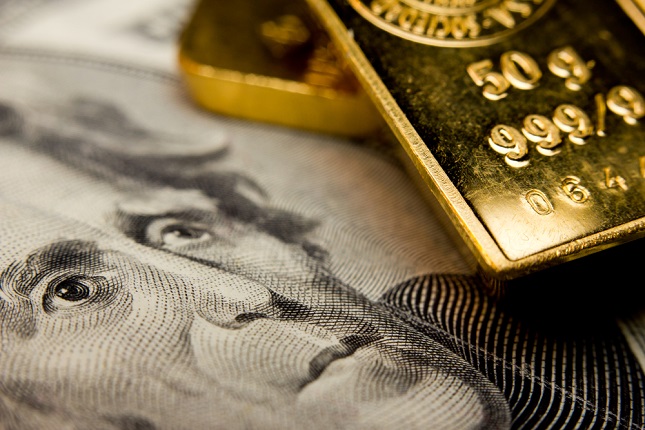 The dollar index which measures the greenback against a basket of six major currencies, slipped to an over three week low after U.S. jobs data showed slower-than-expected wage growth. The U.S. economy created more jobs than expected in June, but steady wage gains pointed to moderate inflation pressures that should keep the Federal Reserve on a path of gradual interest rate increases this year. A weak U.S. dollar makes greenback-denominated gold cheaper for holders of other currencies.

The United States and China exchanged the first salvos in what could become a protracted trade war on Friday, slapping tariffs on $34 billion worth of each other’s’ goods and giving no sign of willingness to start talks aimed at a reaching a truce. Donald Trump said on Thursday the United States may ultimately impose tariffs on more than a half-trillion dollars’ worth of Chinese goods. The proceedings of Sino-U.S. Trade wars are expected to take center stage for the majority of the week.

Silver is also on upward momentum similar to gold given that weaker dollar makes precious metals highly attractive. As of writing XAGUSD is trading at $16.16 and is expected to continue moving uptrend across this week seeing strong support around $16 price handle.

The clash over OPEC policy and the resumption of U.S. sanctions on Iran has been amplified this week as Trump continues to target the group which he blames for rising prices. His latest was a reminder that the U.S. defends many OPEC members for “very little” money. “This must be a two-way street. REDUCE PRICING NOW!” Iran’s deputy commander of the Sarollah Revolutionary Guards said on Wednesday that any attempt to thwart its oil exports will result in the closure of Strait of Hormuz, the narrow waterway at the mouth of the Persian Gulf, where the world’s biggest concentration of tankers carry about 30 percent of all seaborne-traded crude oil and other liquids during the year.

Global benchmark Brent was up 14 cents, or 0.2 percent, at 77.25 a barrel by 0113 GMT. US crude futures added 8 cents, or 0.1 percent, to $73.88 after trading slightly lower earlier in the morning. OPEC members are now beginning to show their discomfort over Trump’s action as Kazempour commented “OPEC has not defined oil prices for the past 30 years, you impose sanctions on major producers, founders of OPEC, and yet you are asking them to reduce the prices?! Since when did you start ordering OPEC” in response to Trump’s tariff and Chinese stance to favor Iran in case of any escalation over Sino-US trade wards could greatly affect WTIUSD price action as well.