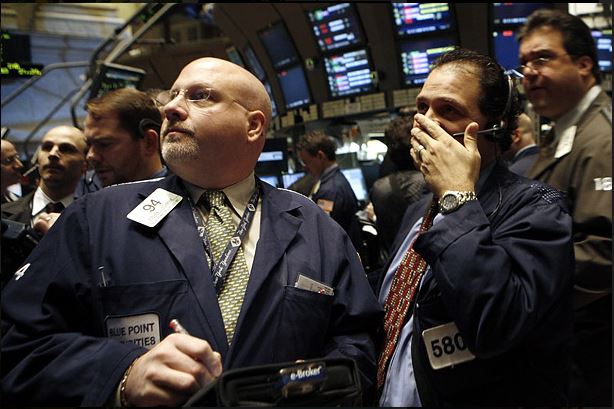 For the Dollar, key stats through the week include April factory order numbers due out on Monday, May service sector PMI and April job openings on Tuesday, trade data and 1st quarter productivity and unit labor cost numbers on Wednesday and the weekly jobless claims figures on Thursday. The ISM Service sector PMI will be the key stat for the week, the Dollar likely to find plenty of support should the numbers be in line with or better than forecasted, following the impressive stats out of the U.S last week. Geo-political risk will also be an overriding factor through the week however.   The Dollar Spot Index ended the week down 0.10% to 94.156.

For the EUR, it’s a relatively less busy economic calendar, with stats through the week including Spain’s unemployment numbers on Monday, member state and the Eurozone’s finalized May service sector PMI and Eurozone retail sales figures on Tuesday, finalised 1st quarter GDP and German factory order figures on Thursday, with industrial production and trade data out of Germany on Friday to round off the week. Germany’s numbers will garner the greatest attention, with the markets looking for a rebound from weakness in the 1st quarter. The EUR/USD ended the week up 0.07% at $1.1659.

For the Pound, it’s a busier week ahead on the data front, with May’s construction PMI due out on Monday ahead of the all-important service sector PMI on Tuesday, the BRC Retail Sales Monitor also due out earlier in the day. With no stats due for release on Wednesday and stats on Thursday limited to May’s RICS House Price Balance and Halifax House Price Index figures, the markets will look ahead to Friday, with the NIESR GDP Estimate scheduled for release. Following a pickup in manufacturing sector activity, service sector PMI numbers will be key for the week, positive numbers likely to see sentiment towards BoE monetary policy shift again. The GBP/USD ended the week up 0.28% to $1.3346 last week.

For the Loonie, stats through the week include 1st quarter productivity numbers on Tuesday, April building permit, trade figures and May’s Ivey PMI on Wednesday and May housing starts and labour market figures on Friday. Following a more hawkish than expected Bank of Canada last week, this week’s stats are forecasted to be Loonie positive, giving weight behind the BoC’s outlook on rates, though NAFTA is always there to scupper their plans. The Loonie ended the week up 0.17% to C$1.2951.

Out of Asia, it’s a busy week ahead. Out of Australia, key stats include new home sales, 1st quarter company gross operating profits and April retail sales figures on Monday, 1st quarter current account figures on Tuesday, 1st quarter GDP numbers on Wednesday and April trade figures on Thursday, with the RBA’s June interest rate decision to also consider on Tuesday, all of the data and the RBA being of particular relevance for the Aussie Dollar. Out of China, May’s service PMI on Tuesday and trade data on Friday will influence, the trade data to not only affect market risk appetite, but also the commodity currencies, with inflation numbers due out on Saturday.  For the Japanese yen, April household spending numbers on Tuesday and 1st quarter GDP and April current account figures on Friday will influence, with the Japanese economy forecasted to avoid a contraction. Stats out of New Zealand are limited to Tuesday’s dairy price numbers. The AUD/USD ended the week up 0.28% to $0.7569, the Kiwi Dollar up 0.94% to $0.6982, while the Japanese Yen slipped 0.12% to ¥109.54 against the U.S Dollar.

On the political front, there’s still plenty to consider through the week…

Loonie Woes: NAFTA talks are set to continue, but with steel and aluminium tariffs now in place and expectations of a NAFTA agreement not materialising until late in the year, the Bank of Canada’s hawkish outlook on policy may need to be diluted, which would be Loonie negative, unless there is a surprise conclusion to NAFTA talks this week or the U.S reintroduces exemptions on tariffs for steel and aluminium.

U.S – China Trade Pact: Following plenty of confusion and Trump’s threat to impose tariffs on $50bn worth of Chinese goods, the outcome of weekend trade talks in Beijing will grip the markets, with anything vaguely negative likely to drive demand for the safe havens including the Japanese Yen and U.S Treasuries.

U.S – North Korea Summit: The summit is back on, but it could be off at any time. With the markets quick to flick off the risk trigger, any talk of the summit being cancelled will weigh heavily on the global equity markets, supporting demand for the safe havens.

Italy’s 5-Star League and Spain’s Rajoy: Government formed in Italy will alleviate some of the panic across the global financial markets, though expect plenty of noise from the new populist government that will look to take on the Establishment in the early weeks, which takes the EUR into a new phase of volatility. With Spanish Prime Minister Rajoy out and Pedro Sanchez sworn in, the markets will be looking out for any hint of a snap general election and whether Sanchez sticks to his word of maintaining Spain’s Establishment friendly stance in Europe.

Iran: While the global financial markets will be more focused on trade, the U.S – North Korea Summit and European politics, a possible escalation in the Middle East will keep Iran in focus as the EU looks for a waiver on U.S sanctions, whilst also facing tariffs on exports to the U.S. The latest move by the U.S could give the EU just cause to ignore U.S sanctions, but it would come at a price.

Monetary policy will continue to be in focus, with Draghi and a number of central bankers scheduled to speak through the week. While sentiment towards the outlook for BoE policy may become more hawkish, should this week’s figures impress, uncertainty over trade terms and softer economic indicators may continue to temper expectations of a more hawkish ECB, while the BoC also faces the harsh reality of tariffs and a no deal on NAFTA. For the FED, softer inflation numbers will ease expectations of a 4th rate hike this year, with this week’s stats unlikely to influence. Trump’s trade war mission will also need to be factored in, the U.S economy unlikely to benefit from such a strategy.

Crude Oil: OPEC has managed to prize price control back from the U.S and, with the latest announcement that there will be no increase in OPEC output for another year, chatter through the week will be particularly influential, any contradictory statements likely to weigh heavily.