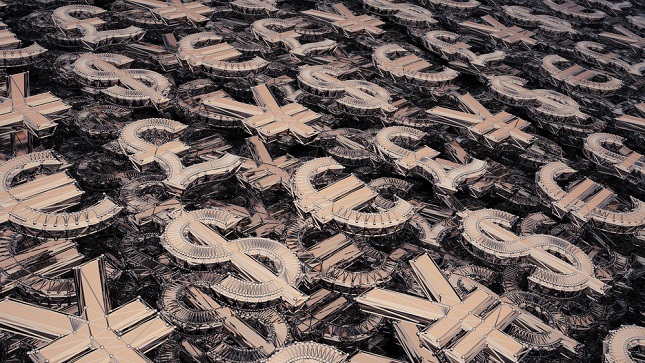 It was a relatively busy week on the economic calendar in the week ending 19th July,

A total of 56 stats were monitored throughout the week.

Of the 56 stats, 24 came in ahead forecasts, with 23 economic indicators coming up short of forecast. 9 stats were in line with forecasts in the week.

While the economic data was ultimately balanced, the Dollar found support late in the week to end the week in the green. Sentiment towards FED monetary policy had weighed on the Greenback going into Friday. The U.S Dollar Index (“DXY”) rose by 0.35% in the week to 97.151, supported by a 0.37% gain on Friday.

A relatively busy week on the data front saw the stats skewed marginally to the negative, based on forecasts.

A positive start to the week saw manufacturing and retail sales figures come in ahead of forecast on Monday and Tuesday. On Monday, the NY Empire State Manufacturing Index bounced back from -8.6 to 4.3 in July.

In spite of the positive numbers, the Dollar took a dive on Thursday following some particularly dovish Chatter from FOMC member Williams.

In spite of softer than forecasted sentiment numbers, the Dollar found strong support on Friday. Rising tensions in the Middle East and expectations of a less aggressive rate cut by the FED provided support on the day.

It was a busy week, with the stats balanced on the week.

On Tuesday, employment figures for May and June were mixed. While wage growth surged by 3.4% in May, year-on-year, claimant count and employment change numbers disappointed. Claimant counts rose by 38,000 following a 24,500 rise in April. On a rolling quarterly basis, employment increased by 28,000, falling short of a forecasted 45,000 increase.

On Wednesday, the annual rate of inflation held steady at 2% in June, which was in line with forecast, while consumer prices failed to move, month-on-month. Economists had forecast a 0.3% rise. Also disappointing was a 1.4% slide in the Producer Price Input Index in June, which was greater than a forecasted 1% fall.

Impressive in the week, however, were particularly strong retail sales figures released on Thursday. Core retail sales rose by 3.6% year-on-year and by 0.9% month-on-month, both coming in well ahead of forecasts.

Retail sales also impressed, rising by 3.8% year-on-year and by 1% month-on-month.

While there was no chatter on monetary policy, the latest stats tempered any expectations of a near-term rate hike.

In spite of the impressive retail sales figures, the Pound saw red in the week as Brexit and the UK Leadership race weighed. Optimism over Brexit had led to a Pound recovery from $1.23 levels in the early part of the week before sentiment shifted later in the week.

For the EUR, the stats were balanced.

It was a negative start to the week, with the ZEW current conditions and economic sentiment figures disappointing.

Impressive but of little influence on the day was a widening in the trade surplus in May. The Eurozone’s surplus widened from €15.7bn to €23.0bn.

Stats through the rest of the week were on the lighter side and of little influence. Finalized Eurozone inflation figures and Germany’s wholesale inflation numbers on Wednesday and Friday delivered mixed results.

For the ECB, the core annual rate of inflation held steady at 1.1%, supporting the dovish sentiment towards ECB monetary policy.

For the European major indexes, it was a bearish week.

It was a bullish week for the Aussie and Kiwi Dollars in spite of a pullback on Friday.

The Aussie Dollar ended the week in the green, with the stats skewed to the positive.

The markets had to wait until Thursday for June employment numbers and 2nd quarter business confidence figures.

Also positive on the day was a rise in the NAB Business Confidence Index from -1 to 6.

Earlier in the week, the RBA’s monetary policy meeting minutes had a relatively muted impact.

Outside of Australia, China GDP and industrial production figures at the start of the week were better than anticipated, providing support.

Economic data was limited to 2nd quarter inflation figures that were in line with forecasts. The annual rate of inflation did pick up, however, from 1.5% to 1.7%, which contributed to the Kiwi Dollar’s upside.

It was a busier week than normal.

June Inflation and May retail sales figures released on Wednesday and Friday were the key drivers on the week. Both sets of stats were negative for the Loonie.

The annual rate of core inflation eased from 2.1% to 2.0%, with core consumer prices holding steady, month-on-month. Consumer prices fell by 0.2%, partially reversing a 0.4% rise in May.

Retail sales were also in decline. Core retail sales fell by 0.3% month-on-month, with retail sales falling by 0.1%. Economists had forecasted 0.3% rises for both.

The stats were balanced on the week.

While the surplus was a positive, sliding exports to Asia and Europe will be a concern.

Also negative for the Yen was an easing in inflationary pressures. The national core annual rate of inflation came in at 0.6% in June. Whilst in line with forecasts, this was weaker than 0.8% in May, supporting those looking for further monetary policy easing.

The stats were skewed to the positive.

Year-on-year, the economy grew by 6.2%, down from 6.4% growth in the 1st quarter, which was in line with forecast.

In spite of the positive numbers, trade war chatter was negative for the majors. Trump tweeted early in the week that trade talks would likely extend for some time. There was also news of Huawei being a stumbling block mid-week.