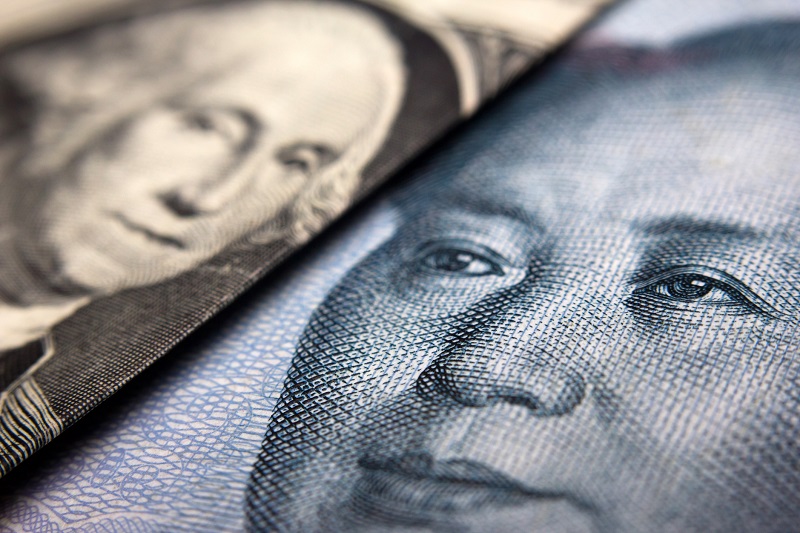 The Chinese Yuan is yet again on the receiving end, amidst growing concerns of potential repercussion on it breaching the magical 7 level against the dollar. The last time the Yuan was at this level was in 2008. With trade tension between the two countries showing no signs of cooling off, the Yuan is at risk of weakening further.

The Yuan has dropped by about 9% over the last six months in response to trade disputes with the U.S. concerns of further easing by the Country ’s central bank has all but exacerbated the situation. Further weakness could see the Chinese currency breaching the psychological 7 level.

The country’s de-facto central bank tried to prevent a further slide by announcing a cut on the reserve requirement. The move did ease some pressure, helping fuel confidence that a breach of 7 may not happen this year. Talk that President Donald Trump and his counterpart Xi Jinping will meet in November also appears to have brought about some form of stability.

The last thing that regulators want to see now is a weakened Yuan. Any weakness going forward could result in an increase in capital outflows from the country. The result would be a decrease in foreign capital inflows that until now has helped push the bond and equity markets up.

Capital outflows as well as overshooting Yuan weakness would be catastrophic for The Chinese economy. The country’s economy has come under immense pressure on the U.S imposing tariffs on billions of dollar worth of goods.

The last thing that China needs at a time of economic instability is an upsurge in capital outflows. For instance, foreigners would shy away from investing in the country on the Yuan surpassing the magical 7 level.

According to standard Chattered Chief Economist Ding Shang, China won’t be the only country that would feel the effects of the Yuan surpassing the 7 level. The economist expects emerging market currencies to also experience some form of weakness on the Yuan falling past 7.

Head of markets strategy at United Overseas Bank, Hang Koon, also expects emerging currencies to experience some volatility on the Yuan weakening further against the dollar.

A weakened Yuan to some extent is normally a good thing. This is partly because it helps fuel the country’s export market. However, in the wake of recent trade tariffs by the U.S, China is finding it hard to ship more products, especially to the U.S.

The Yuan weakening further could also make it extremely difficult for Chinese companies to service their mountain of foreign debt. The Yuan rising above the magical 7 level would force the companies to incur more to offset their foreign debt obligations, compared to when the Yuan is much stronger in relation to the dollar?

The Chinese government could also struggle in its attempt to move, to a more market-oriented exchange rate system should the Yuan weaken further. China has worked tirelessly in recent years to avert the risk of local financial market volatility by using all the necessary available policies to stabilize the Yuan.