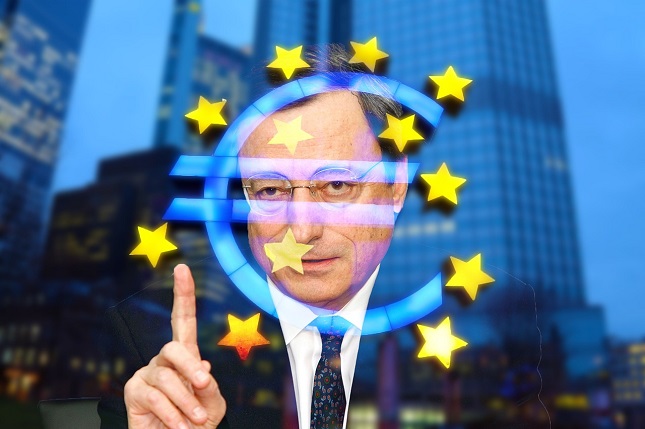 After the worst economic recession to hit Europe, the Italian president cut interest rates to a record low and injected billions into the economy through his famous bond-buying program Quantitative Easing, that halted back in December of last year.

Whoever replaces Mario Draghi will have the mission of directing the monetary policy back to a normal stance, normalizing interest rates and balancing interests among member nations of the EU. With signs of slowing economic momentum in the major global economies, a possible trade war between USA and China, the Brexit situation and falling oil prices, (despite the recovery shown in 2019), it appears that the task ahead of whoever is chosen will be anything but easy.

Initially, since Germany has never led the ECB in the past, the favorite to succeed Draghi was Jens Weidmann. However, the fact that he was one of the major critics of the quantitative easing, together with his hawkish vision, generated a lot of skepticism among member states, especially the ones that benefited the most with QE, such as, Portugal. More recently, reports that Germany is seeking a senior European political post rather than the ECB’s presidency ended up weakening Weidmann’s case.

Francois Galhau is another strong candidate as he has a moderate view on monetary policy. However, the fact that France already has an ENC governing council member – Benoît Cœuré – makes it hard to believe that we will see another French person leading the ECB in 2019, after Jean-Claude Trichet.

Philip Lane is another strong applicant and the fact that Ireland has never had anyone on the ECB Governing Council before is a plus. Latest reports, however, say that Lane is focused on becoming the ECB chief economist.

Erkki Liikanen is currently seen as the favourite to assume the presidency of the ECB. His prior political experience as Finland´s finance minister and European commissioner, combined with his governance of Finland´s Central Bank until the summer of 2018, gives a lot of assurances that he is the right person to succeed Mario Draghi. His conservative position on monetary policy, which is neither dovish nor hawkish, is seen as something that suits what is currently planned for the next couple of years in terms of monetary policy in the Euro area.

Whoever is chosen, a lot of challenges may await the Euro Zone. The decision is getting closer and we will soon see who will take the reins of the European Central Bank.

Francisco Quadrio Monteiro has 3 years of experience with markets and active trade. He is Market Analyst at TeleTrade expertise in several topics such as FOREX, Commodities and Risk Management. Francisco has a B.S. from the Nova SBE – TOP Portuguese Business School according to Financial Times. He regularly wrote about topics such as Cambial Market, Commodities, Stocks and Cryptocurrencies.

Disclaimer: Materials, analysis, and opinions contained, referenced or provided herein are intended solely for informational and educational purposes. Personal Opinion of the Author does not represent and should not be construed as a statement or an investment advice made by TeleTrade. All Indiscriminate reliance on illustrative or informational materials may lead to losses. Past performance is not a reliable indicator of future results.

Risk Warning:  Investment services are provided by TeleTrade-DJ International Consulting Ltd, a Cyprus Investment Firm under Reg. number HE272810 operating in accordance with MiFID, under license 158/11 by the Cyprus Securities and Exchange Commission. Trading in leveraged derivative financial instruments carries a high level of risk and may not be suitable for all investors. Past performance is not a reliable indicator of future results. Indiscriminate reliance on informational or historical materials may lead to losses.