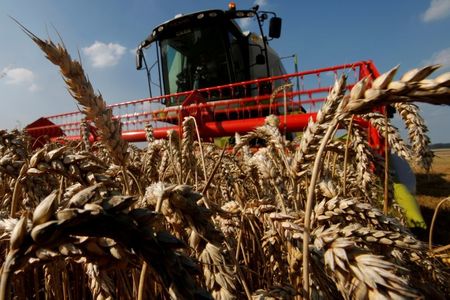 The Rome-based Food and Agriculture Organization (FAO) also said in a statement that worldwide cereal harvests would come in at nearly 2.788 billion tonnes in 2021, down on its previous estimate of 2.817 billion tonnes but still up on 2020 levels.

The July figure was previously given as 123.0.

The dairy price index edged slightly lower on the month.

FAO said the fall in its estimate for world cereal production this year was triggered by persistent drought conditions in several major producing countries.

Among the major cereals, the forecast for wheat production saw the biggest downward revision — down 15.2 million tonnes since July to 769.5 million tonnes — due mainly to adverse weather conditions in the United States, Canada, Kazakhstan and Russia.

The estimate for world cereal stocks by the close of seasons in 2021/22 was lowered by 27.0 million tonnes since July to 809 million tonnes, pointing to a decline of 0.9% on stock levels registered at the start of the period, FAO said.