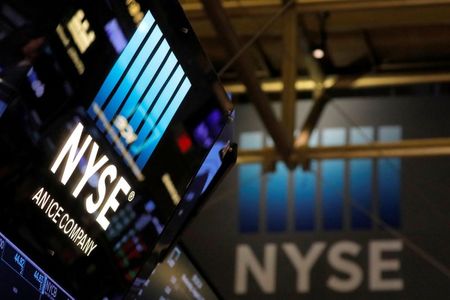 MSCI’s gauge of stocks across the globe shed 2.09%, on pace for its biggest one-day fall since October 2020, as Wall Street’s major indexes sagged more than 2%.

Shares in Evergrande, which has been scrambling to raise funds to pay its many lenders, suppliers and investors, closed down 10.2% at HK$2.28.

Regulators have warned that its $305 billion of liabilities could spark broader risks to China’s financial system if its debts are not stabilized.

“Investors are concerned that the Evergrande issue is going represent a domino,” said Jack Ablin, chief investment officer at Cresset Capital Management. “Investors are tending to sell first and look into it to later.”

The selloff on Monday has seen a cumulative $2.2 trillion of value wiped off the market capitalization of world equities from a record high of $97 trillion hit on Sept. 6, according to Refinitiv data.

Worries over Evergrande follow a pullback in equities recently as investors worry over the impact of coronavirus cases on the economy, and when central banks will ease back on monetary stimulus.

The U.S. Federal Reserve is due to meet on Tuesday and Wednesday as investors look for when it will begin pulling back on its bond purchases.

The offshore Chinese yuan weakened versus the U.S. currency to its lowest level in nearly a month.

“We are seeing a classic flight to safety in the dollar until we get some sense of clarity on whether or not it is going to be an orderly or disorderly resolution to Evergrande,” said Joe Manimbo, senior market analyst at Western Union Business Solutions in Washington, DC.

Oil prices fell but drew support from signs that some U.S. Gulf output will stay offline for months due to storm damage.