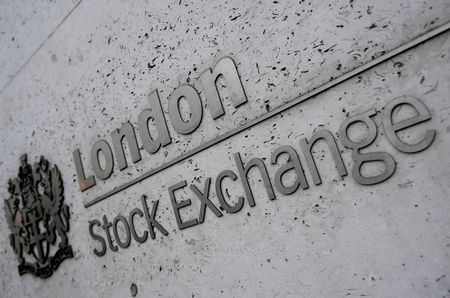 September U.S. CPI is forecast to show a monthly gain of 0.3%, according to a Reuters poll. Minutes of the U.S. Federal Reserve’s September policy meeting are also due later, while JPMorgan will be the first major bank to report at the unofficial start of the company earnings season.

“The markets are at a crossroads,” said Giles Coghlan, chief currency analyst at HYCM. “Are we are in a stagflationary environment – will we see low growth but high inflation? That’s the concern.”

The MSCI world equity index was flat after dropping in the previous three sessions. S&P futures fell 0.4% after the S&P 500 dropped 0.2% overnight on earnings jitters.

European stocks fell 0.4% and are nearly 5% below their August peak. UK stocks dropped 0.4%.

MSCI’s broadest index of Asia-Pacific shares outside Japan clawed back some ground, rising 0.3% after falling over 1% a day earlier, its worst daily performance in three weeks.

Positive trade figures from China, which showed export growth unexpectedly accelerated in September, provided some relief to those worried about a slowdown in the world’s second-largest economy.

Japan’s Nikkei shed 0.3%, as high energy prices and a weak yen mean trouble for a country that buys the bulk of its oil from overseas.

The dollar fell 0.2% against an index of currencies after hitting a one-year high in the previous session on rising expectations the Fed will announce a tapering of stimulus next month, with interest rate hikes following next year.

Three U.S. Federal Reserve policymakers on Tuesday said the U.S. economy had healed enough for the central bank to begin to withdraw its crisis-era support.

The dollar steadied at 113.58 yen after hitting its highest in nearly three years against the Japanese currency on Tuesday. The euro was up 0.2% at $1.1551.

“There is pressure from the inflation story,” said Charles Diebel, head of fixed income at asset manager Mediolanum, pointing to increased expectations of UK rate hikes.

“People are worrying about the same happening elsewhere, they fear inflation will be so persistent central banks will be forced to respond.”

Oil prices lost some froth on the inflation concerns although surging prices for power generation fuel such as coal and natural gas limited losses.