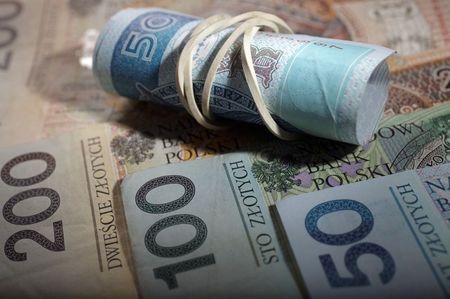 The Polish currency has lagged peers in central Europe in 2021 with the Hungarian forint and Czech crown leading as their respective central banks have started tightening cycles amid a post-pandemic economic recovery and rising inflation pressures.

While Poland’s central bank has resisted turning too quickly to interest rate rises, a spike in headline inflation to a two-decade high in August has spurred speculation that a hike as soon as November is now possible. Other analysts have said a first move is only likely next year.

The zloty jumped 1.2% on Tuesday and Wednesday after the inflation data came out, its biggest two-day rise since April.

The Reuters poll forecasts the zloty to gain another 1.8% over the next 12 months, reaching 4.425 to the euro, a forecast similar to the poll a month ago.

But with risks around issues – like the treatment of foreign currency loans that have gone to courts, or political battles between Warsaw and the European Union – the zloty’s ride is unlikely to be smooth.

“The recent strengthening is overdone and there could be a correction coming, but nothing very strong. I think the reaction (to an eventual rate hike) will be lighter but in the next year there could be some more appreciation.”

The forint has been central Europe’s top gainer in 2021 with a climb of more than 4%.

“The positive interest rate differential against the euro should support both (the crown and forint) currencies in the coming months,” said Radomir Jac, chief economist for Generali Investments CEE.

“But I share the view that the Hungarian central bank will moderate the pace and frequency of interest rate hikes…This is likely to lead to a slower pace of strengthening of the forint compared to the appreciation seen in summer and compared to the crown and zloty.”