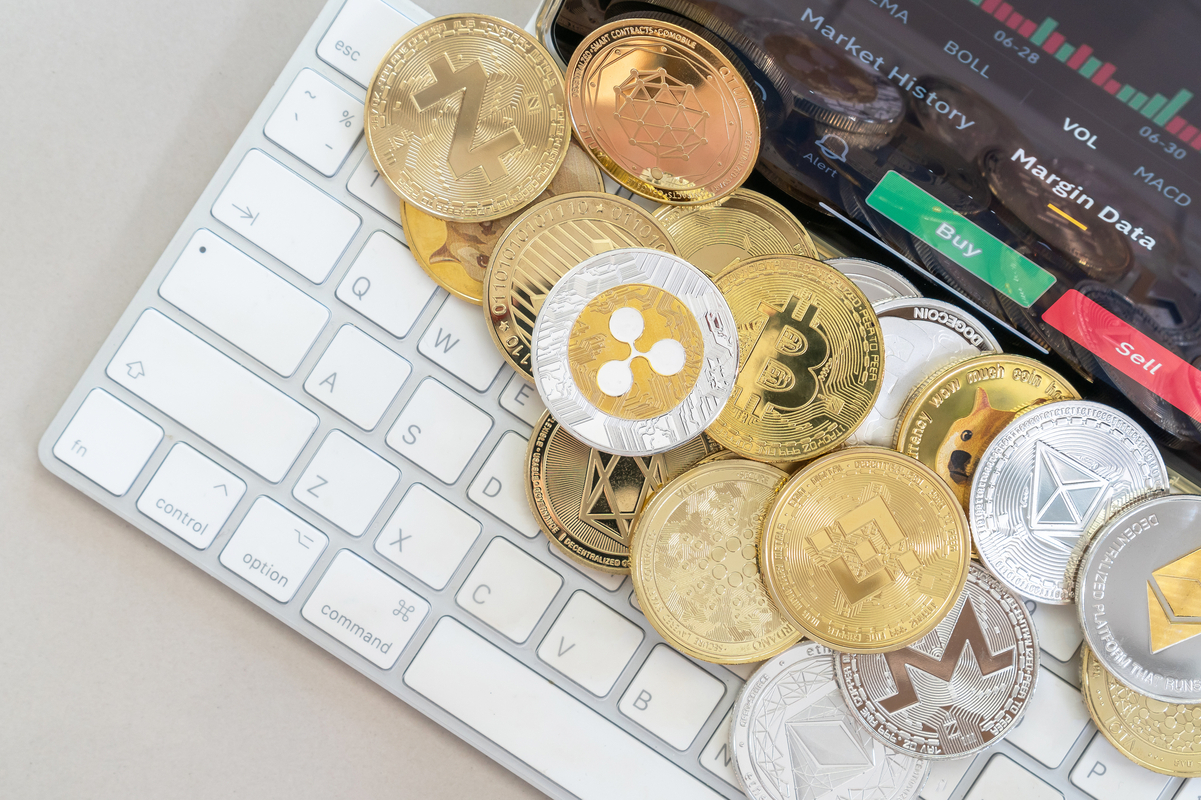 It was a mixed session for the crypto market on Tuesday. While the broader crypto market ended an extended losing streak, the bitcoin (BTC) fell for an eighth consecutive day.

Dip buyers delivered much-needed support ahead of the Fed’s monetary policy decision on Wednesday, which has weighed on the crypto market.

Significantly, however, the market cap fell to a new current-year low of $858.6 billion before returning to $900 billion. Tuesday’s decline marked the eighth consecutive daily fall.

For June alone, the total crypto market cap is currently down $379 billion, following a $380 billion tumble in May and a $375 billion slump in April.

While the crypto market found support on Tuesday, downside risks remain as the market looks ahead to the Fed monetary policy decision on Wednesday.

The markets have priced in a 50 basis point rate hike. A hike in line with expectations would leave investors to focus on the Fed’s inflation, GDP, and interest rate projections.

Investor fear of a more aggressive rate path trajectory has hit riskier assets. An upward revision to the March projections will likely further test the appetite for riskier assets.

Other market considerations include plans to roll out more stringent regulatory measures and the stability of stablecoins.

On Tuesday, TRX came under selling pressure as investors reacted to algorithmic stablecoin USDD losing its dollar peg. TRX slumped by 12.9% on Tuesday, following a 16.1% slide on Monday.

BTC slid by a further 1.58% to lead the way down, however, with ETH ending the day with a 0.02% loss to buck the broader market trend. 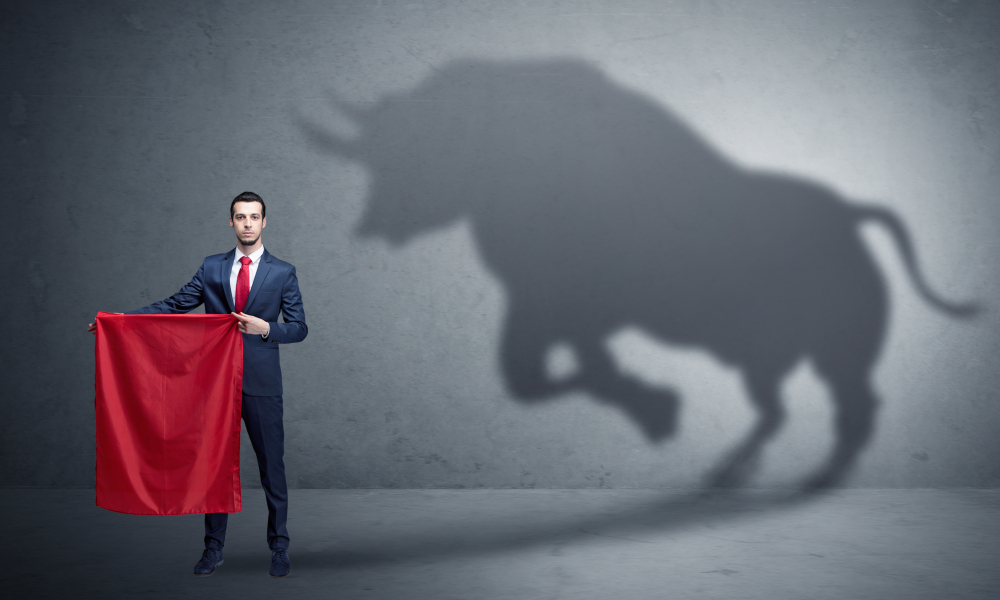 After facing a strong selling interest, bitcoin price started a fresh decline from the $43,000 zone. There was a clear move below the $40,950 support zone.

There was a break below a key bullish trend line with support near $41,900 on the hourly chart. It even traded below the $40,000 support and settled below the 21 simple moving average (H1). The current price action is bearish and seems like the bears are aiming a test of $39,000.

ETH also followed a similar pattern and started a fresh decline from the $3,165 resistance zone. There was a move below the $3,100 support zone.

Ether declined below a major bullish trend line with support near $3,020 on the hourly chart. It settled below the $3,000 level and the 21 simple moving average (H1). The next major support is near the $2,930 level.

A downside break below the $2,930 support could push the price lower towards $2,840. On the upside, the previous support at $3,035 and the 21 simple moving average (H1) might act as a strong resistance.

A high was formed near $104 and the price started a major decline. There was a downside break below the $88 support level and the 21-day simple moving average. The price declined below the 50% Fib retracement level of the upward move from the $65 swing low to $104 high.

AVAX is now attempting a close below a crucial bullish trend line with support near $75 on the daily chart. If the bears succeed, the price could nosedive towards the $65 support. Any more losses may perhaps call for a test of the main $55 support zone in the coming days.

Binance Coin (BNB) is slowly moving lower towards the $402 and $400 support levels. If there is a downside break below $400, the price might slide towards the $382 level in the near term.

Polkadot (DOT) is down over 5% and there was a move below the $19.00 level. It seems like the price might continue to move down towards the $18.00 support level.

A few trending coins are GMT, AMP, and LEO. Out of these, AMP is showing positive signs above the $0.0234 level. 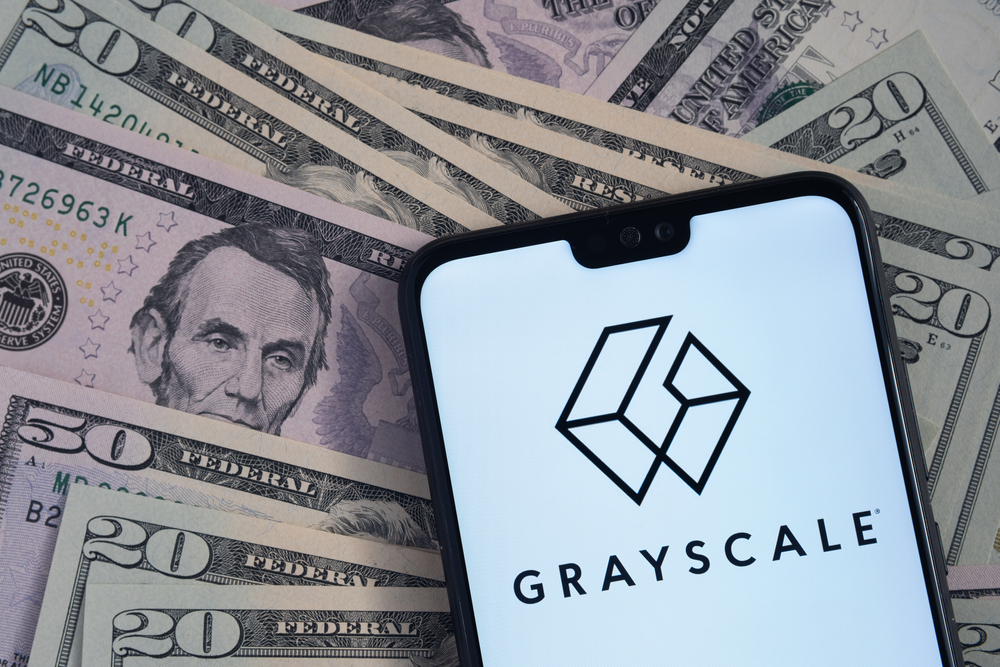 Grayscale Investments, which manages cryptocurrency investment funds and a subsidiary of the Digital Currency Group, has added 25 new digital assets to its “under consideration” list.

The crypto investment giant said Monday that the addition is a part of the “exploration” of the crypto sector. These “assets under consideration” include tokens for a number of DeFi, metaverse, and NFT projects.

Some of the digital assets include Algorand (ALGO) and Convex (CVX) for DeFi projects, The Sandbox (SAND), Axie Infinity (AXS), and Enjin (ENJ) for metaverse protocols.

Some of these assets would either join the range of single-asset products like Grayscale Bitcoin Trust or the Grayscale Ethereum Trust, or the multi-asset product Grayscale Digital Large Cap Fund.

Grayscale views the addition of new digital assets as its “responsibility to introduce investors to the diversity in this space.”

“Assets under consideration lists some digital assets that are not currently included in a Grayscale investment product, but that has come to our attention as part of our exploration of this sector,” the company announcement noted.

We have just announced updated component weightings for Grayscale #DeFi Fund, which now includes $AMP. This is the first time AMP will be included in a Grayscale investment vehicle. Read this thread for more: pic.twitter.com/jfKAih24cS

Despite a more complicated market, Grayscale’s desire – to diversify its offer and remain a leader in the smart money segment – remains unchanged.

The asset manager has clearly indicated that the new addition of crypto assets are only hypotheses under study and that Grayscale will not integrate every asset under consideration into its product catalog.

The index aims to track 22 companies associated with several crypto-linked equities as well as other financial institutions in the fintech space.

Grayscale Investments applied to the Securities and Exchange Commission (SEC) in October, asking to convert GBTC into an ETF, but regulators have delayed a decision on a spot bitcoin exchange-traded fund (ETF) proposal from Grayscale.

This followed a written letter from Grayscale to the SEC, saying that the regulator is “breaking the law”. In the letter, Grayscale lawyers argued that the SEC’s preference for BTC futures ETFs over a Bitcoin spot ETF seems to be “arbitrary and capricious.” 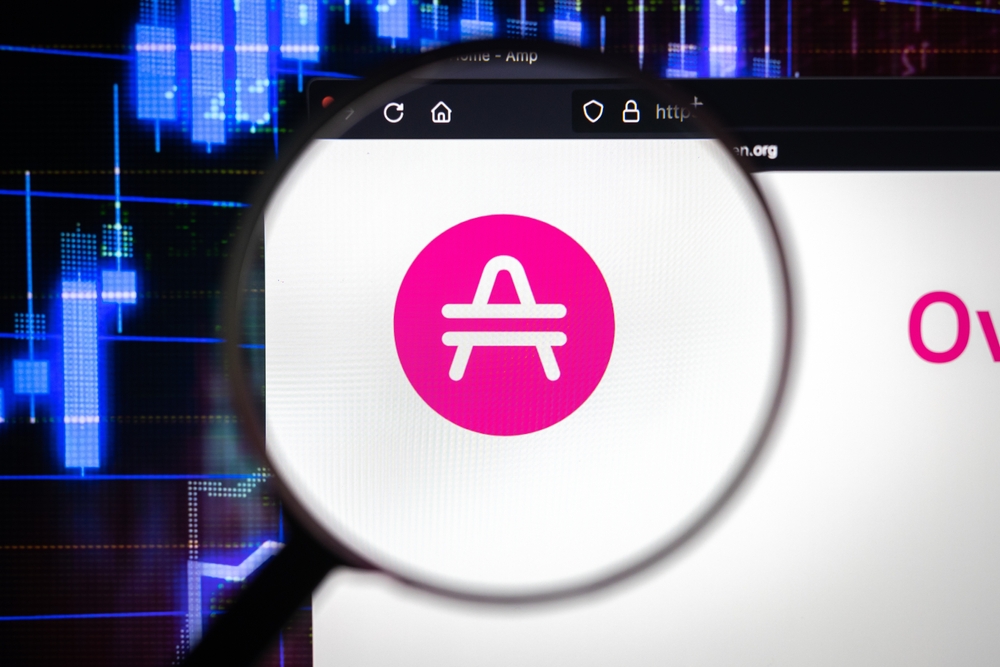 AMP Managed To Get Out Of Recent Consolidation

AMP has recently gained strong upside momentum and is up by roughly 13% in the last 24 hours.

AMP is a digital collateral token used by Flexa network, which provides a digital payments platform. AMP is used as collateral to guarantee payments and serves as a kind of insurance for Flexa transactions.

Just like many coins, AMP made several attempts to gain sustainable upside momentum in November, but found itself under pressure and pulled back. Today, AMP is moving higher amid general crypto market strength, which was triggered by Bitcoin‘s recent move above the important $50,000 level. 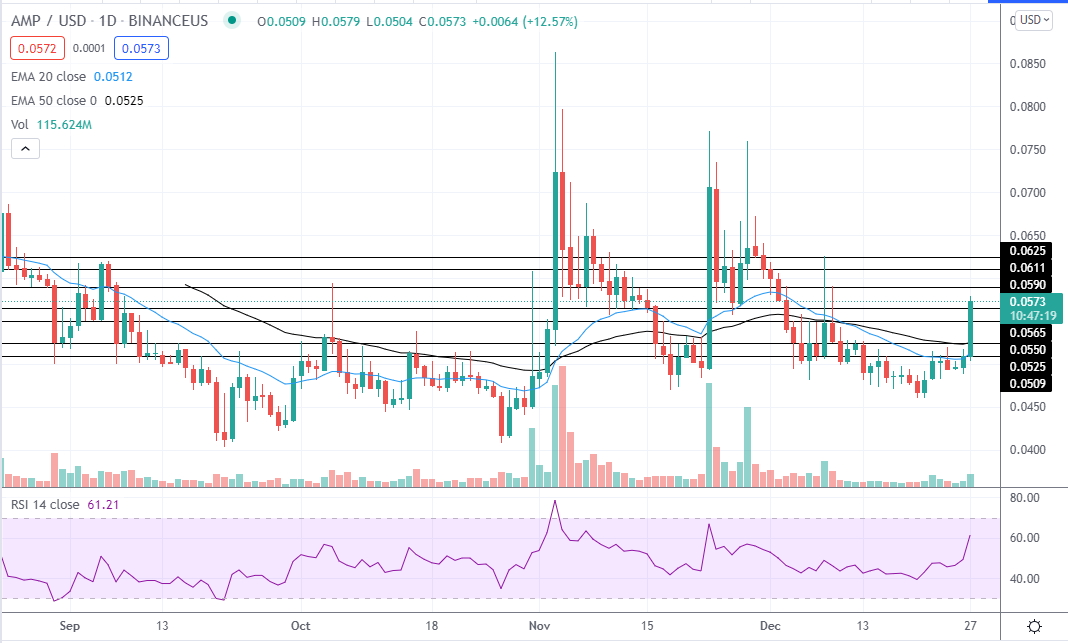 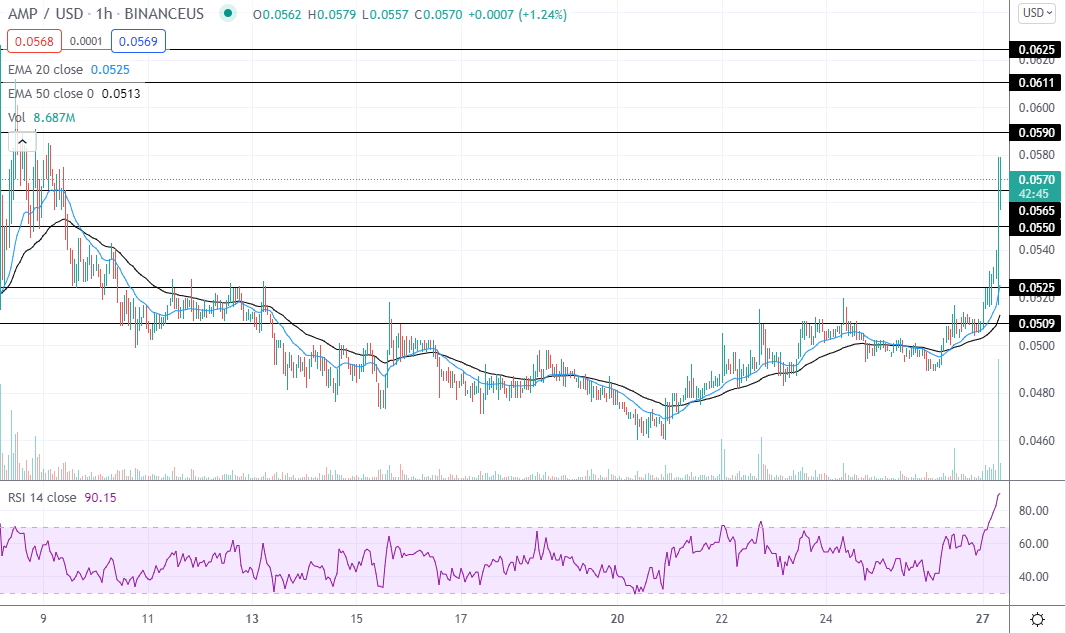 Taking a look at H1 chart, we can see that RSI is in the extremely overbought territory, so the risk of a short-term pullback is increasing. Most likely, AMP will need to go through a consolidation phase to push the near-term RSI back into the moderate territory, which will provide it with an opportunity to continue its upside move.