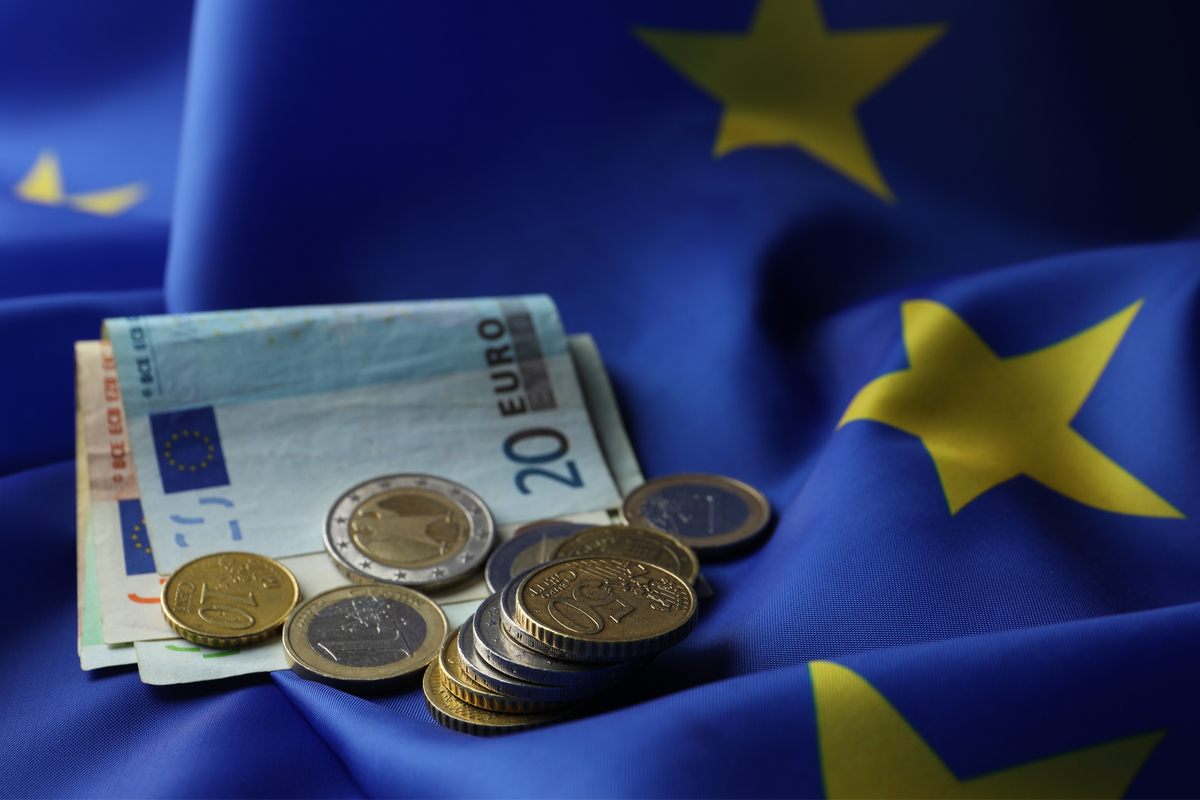 Our focus falls on the European Central Bank (ECB) which is expected to unleash a monetary bazooka in the form of a 75-basis point rate increase! Such a move will place the ECB among the ranks of 40+ central banks that have increased rates by 75bp or more in one go this year in the face of soaring inflation.

Before we take a deep dive into what to expect from the ECB meeting on Thursday, it is worth keeping in mind that the Eurozone economy remains vulnerable and faces the growing risk of recession. The unsavoury combination of ongoing geopolitical tensions, untamed inflation, and energy crisis continues to darken the outlook for Europe with the latest development revolving around Russia’s Gazprom dumping salt into the wound.

Interestingly the euro was able to hold its ground versus most G10 currencies in August excluding the dollar. However, things are not looking too pretty quarter-to-date with the euro down roughly 5.7% against the king of the currency space. 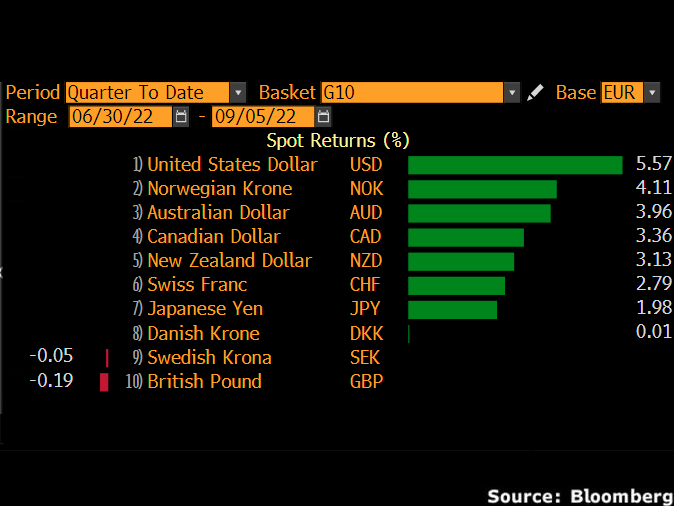 Since the EURUSD secured a solid daily close below parity back in late August, prices have struggled to push higher thanks to technical and fundamental factors. 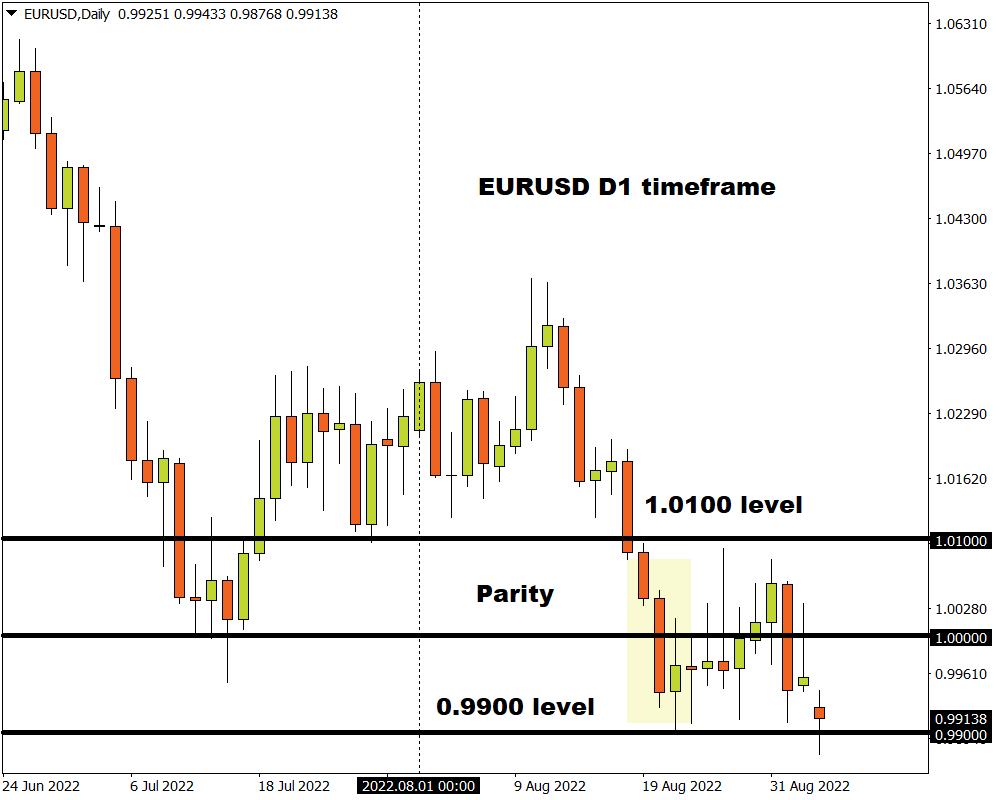 The outlook for the EURUSD remains bearish on the daily, weekly, and monthly timeframe with prices wobbling above 0.9900 as of writing. Given how the ECB is expected to join the jumbo hike club, could this be enough to cushion the downside and rescue euro bulls? 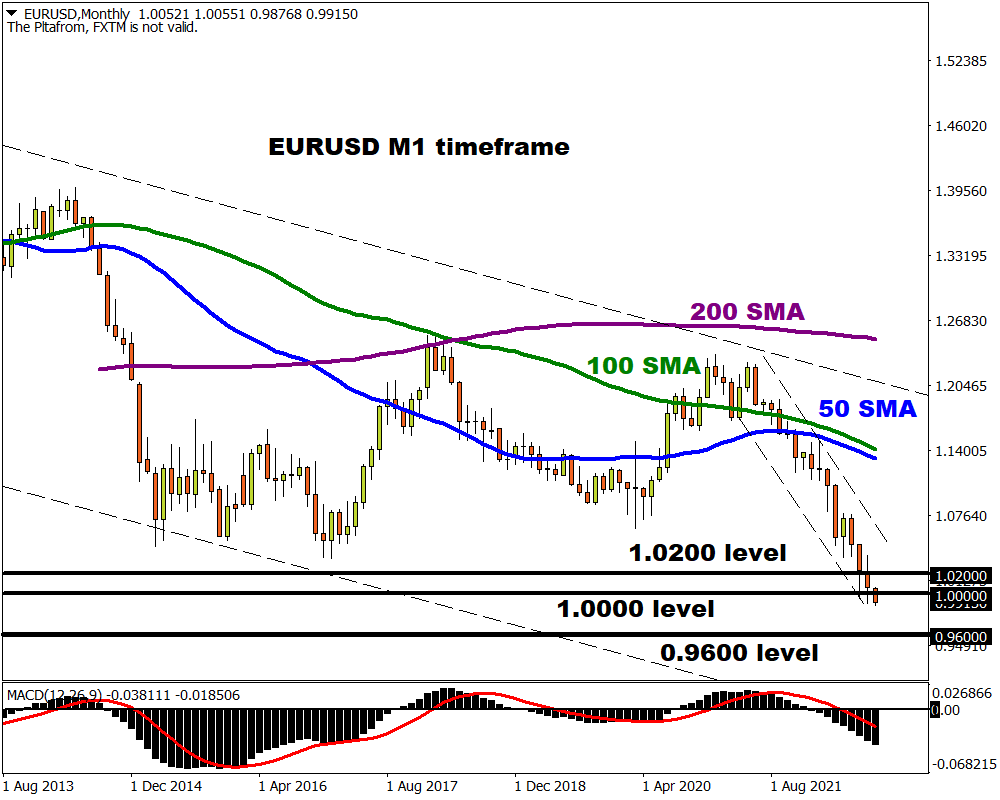 Eurozone inflation hit a new record high in August at 9.1%.

This was higher than the 8.9% witnessed in July and above the 9% market forecast. With inflation hitting such lofty and uncomfortable levels, market expectations intensified over the ECB adopting an aggressive approach toward rates in an effort to cap inflation. According to Bloomberg, traders and predicting a 66% probability of a 75 bp rate hike in September. It does not end here.

Last Friday, Gazprom made a last-minute decision to suspend natural gas flows through the Nord Stream 1 pipeline – ultimately worsening the squeeze on Europe’s energy supplies. This move is likely to expose the economy to downside shocks and create more uncertainty and fuel inflationary pressures as gas prices soar.

What to Expect From ECB?

Before thinking about what to expect from the ECB on Thursday, there are a couple of things to keep in mind before the big day. ECB hawks are certainly in the building but the question is how much resolve they have to tame inflation. It’s worth keeping in mind that the latest ECB economic forecasts could offer fresh insight into inflation expectations. It will be interesting to see what the central bank has to say about the energy crises and whether this will push the Eurozone into recession. Let’s not forget about the depreciating euro and how it could impact the central bank’s policy outlook.

As the subtitle says, the path of least resistance for the EURUSD points south.

Earlier we identified how the currency pair was bearish on the daily, weekly and monthly timeframe. Looking at the weekly timeframe, prices are respecting a bearish channel and trading well below the 50-, 100- and 200-week Simple Moving Average. Sustained weakness below parity could trigger a selloff towards 0.9700 and 0.9600, respectively. A strong weekly move back above 1.1000 may suggest an incline towards 1.0200. 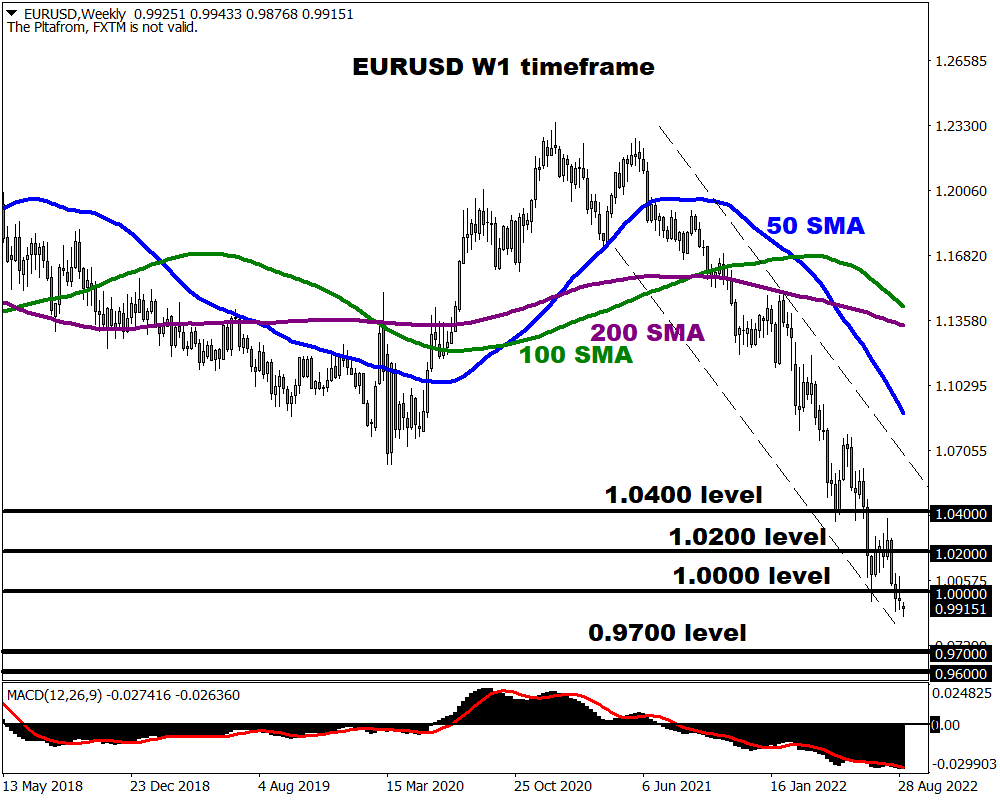 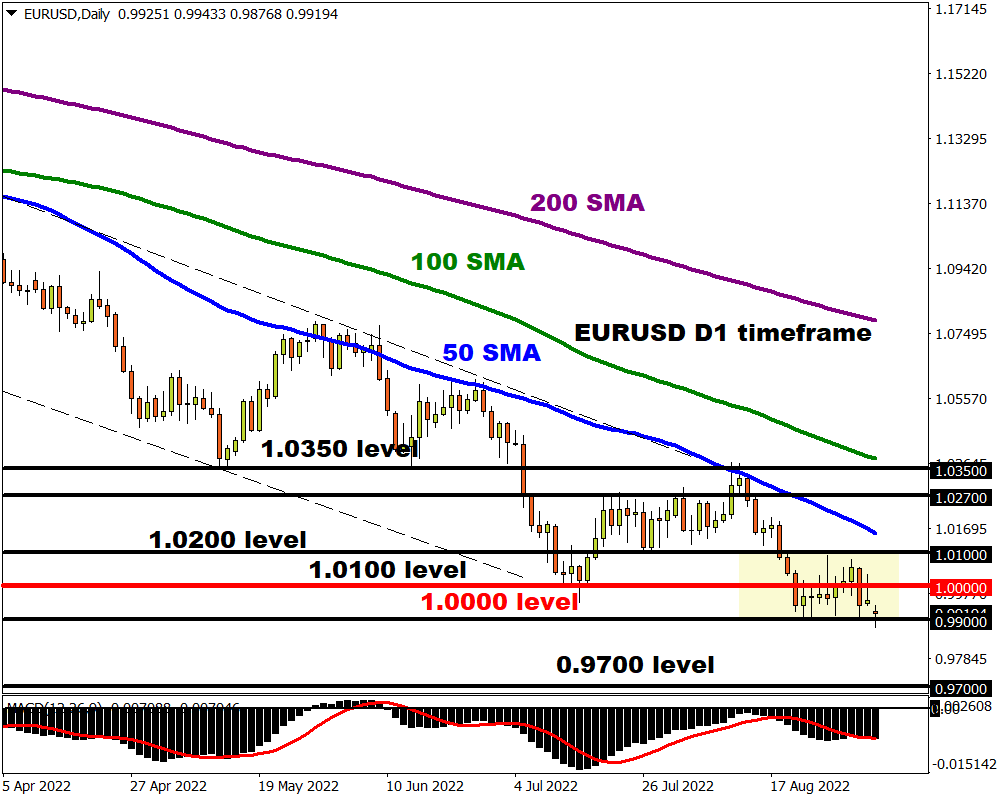