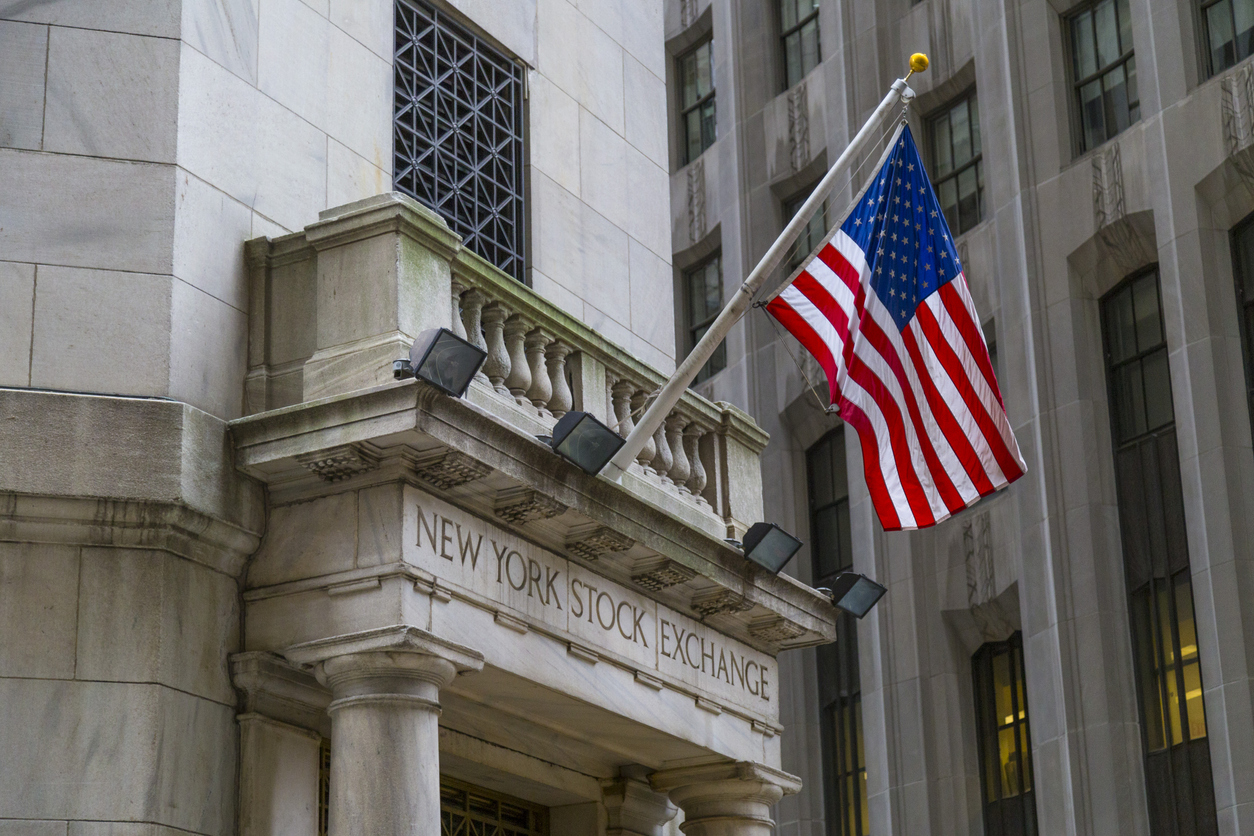 In an announcement today, Intercontinental Exchange, Inc (ICE), owner of the New York Stock Exchange and many other global exchanges, invested in tZERO. However, ICE wasn’t the only investor, as other companies also participated in the fundraising round.

The strategic investment in the blockchain and digital asset liquidity provider company has allowed ICE to become a minority shareholder. However, neither plans have been specified pre or post this investment by either companies.

However, ICE clarified that the investment has no impact on the company’s capital return plans.

The only changes that ICE specified were that their current Chief Strategy Officer (CSO) and member of the management team, David Goone, will be joining tZERO as their new Chief Executive Officer (CEO).

Goone will also be a member of the Board of Directors in the latter company.

Upon this transition, the Founder, Chairman, and CEO of ICE, Jeff Sprecher, stated:

“David’s leadership and his mastery of trading, data, and clearing technology will be a big asset as tZERO begins its next chapter leading the growth and adoption of next-generation market infrastructure.”

Furthermore, apart from ICE, many other companies were also a part of the investment round, including Overstock.com, Inc., Medici Ventures, L.P., and more.

While ICE may not jump headfirst into crypto with this kind of investment, one of its biggest exchanges is definitely “guns akimbo” when it comes to crypto.

The applications also hinted towards the stock exchange’s attempt at establishing a platform for buying, selling, and trading cryptocurrencies, NFTs, and more.

Although more details on the same are yet to come out, that hope is reinforced with this move from ICE. 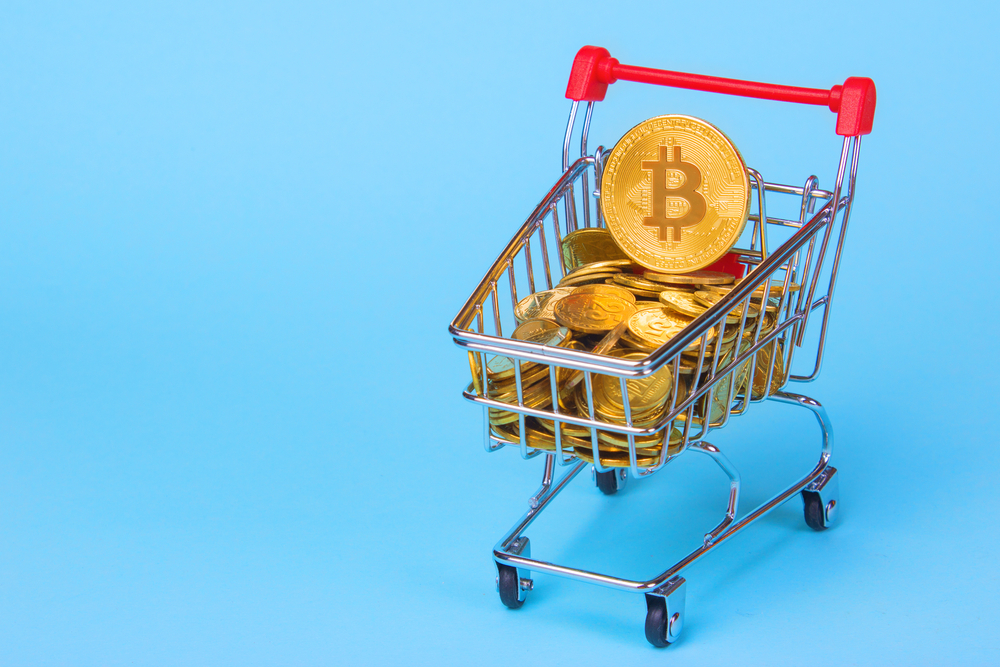 The cryptocurrency market has become one of the leading financial markets in the world, thanks to its recent growth. The industry is worth more than $2 trillion, and with this level of growth comes the adoption. However, despite the growing popularity of cryptocurrencies, some people still don’t know what they can purchase with their crypto.

To address those concerns, this article informs you of the various places where you can pay with cryptocurrencies.

Cryptocurrencies are accepted in many sectors

A decade ago, Bitcoin was a relatively unknown financial asset. However, nowadays, it is known in every part of the world and is slowly going mainstream. With the mainstream adoption of cryptocurrencies increasing, it became easier to pay for goods and services using Bitcoin and other cryptos.

El Salvador became the first country to make Bitcoin a legal tender, and you can pay for anything with BTC. The United States, Canada, Spain, the United Kingdom, South Korea, and Singapore are amongst the countries that are also recording an increase in cryptocurrency transactions. Here are some of the ways to use your cryptocurrencies to pay for goods and services.

Overstock is one of the leading retailers that allows users to pay for their products with crypto, thanks to its partnership with Coinbase. NewEgg is an online retailer of technology products like computer hardware and consumer electronics, where you can use your bitcoins to pay for these products. Alza, the leading online retailer in the Czech Republic, and Japan’s Rakuten are other top retailers that accept cryptocurrencies.

If you wish to pay for your domain name in bitcoin, then Namecheap is the hosting company you should patronize. The Internet Archive also allows users to access web archives and accepts bitcoin donations.

AT&T is one of the first major mobile carriers globally to enable its users to pay for services using cryptocurrencies. The company partnered with BitPay to provide the crypto payment option to its subscribers.

Tech giant Microsoft allows its users to top up their Microsoft account using cryptocurrencies. The company suspended the service for a while but reactivated it as the adoption of BTC and other cryptos grew.

Dish, one of the leading TV service providers in the United States, allows users to pay for their cable subscription using Bitcoin, thanks to its partnership with Coinbase.

One of the areas where cryptocurrencies have gained adoption is the entertainment sector. It is becoming easier to pay for services using bitcoin and other cryptos in this industry. AMC, one of the leading cinema chains globally, now allows people to pay for movie tickets and other services with a few cryptos such as BTC, ETH, SHIB, and DOGE.

Amazon-owned leading game streaming platform Twitch is another place where you can pay for services using Bitcoin. The company briefly removed the service in March 2019 but has re-enabled it in June 2020.

Another area where cryptocurrency adoption is growing is the food sector. Several fast-food joints are now accepting Bitcoin and other cryptocurrencies as payment options for their products.

Burger King Venezuela partnered with Cryptobuyer to accept cryptocurrencies as a mode of payment. Their customers can pay in Bitcoin, Dash, Litecoin, Ethereum, and Tether. Pizza Hut is another giant pizza franchise that allows customers to pay for their food with Bitcoin.

KFC Canada is another major fast-food company that accepts Bitcoin as payment for its products. The company partnered with BitPay to process the payments. Denver-based Quiznos partnered with Bakkt to launch a pilot that allows customers to purchase food with bitcoin via the Bakkt app.

Cryptocurrency companies have penetrated the sports industry. Over the past few months, crypto companies such as FTX and Crypto.com have partnered with numerous sporting institutions to increase the awareness of cryptocurrencies.

We're proud to be the first business to accept the #crypto Dogecoin for payment using BitPay! 🙌

You can now use #Dogecoin to buy tickets and merch online, making @DallasMavsShop more accessible to MFFLs everywhere! pic.twitter.com/1N0fk0NjAT

The Miami Dolphins is another team that allows you to pay for game tickets using Bitcoin and Litecoin.

Portuguese-based football team Benfica is one of the first soccer institutions in Europe to accept Bitcoin for game tickets and merchandise.

The hospitality industry is one of the biggest promoters of cryptocurrencies. Richard Branson’s Virgin Mobile and Virgin Airlines allow you to pay for space travel with BTC. Norwegian Air Shuttle (Norwegian), Scandinavia’s largest airline and Europe’s third-largest budget airline, is another travel company that allows customers to pay for tickets with cryptocurrency.

An increasing number of real estate firms accept cryptocurrencies as payment for their properties. Cryptocurrencies have also penetrated the art world. British auction house Christie’s now accepting Bitcoin and Ether for some of its paintings, both physical and digital.

The other sectors where cryptocurrencies have gained adoption are VPN and gift cards. Gyft allows users to buy and sell gift cards online for top retailers like Amazon, iTunes and Starbucks, and the company accepts Bitcoin as payment for its services.

ExpressVPN, CyberGhost, NordVPN, and PrivateVPN are some of the leading VPN service providers that allow users to pay for their services and upgrade their accounts using Bitcoin and a few other selected cryptocurrencies.

The use of cryptocurrencies to pay for goods and services is becoming increasingly popular. Businesses are beginning to accept cryptocurrency payments directly or through third-party processors like BitPay, a trend that seems set to continue through 2022.