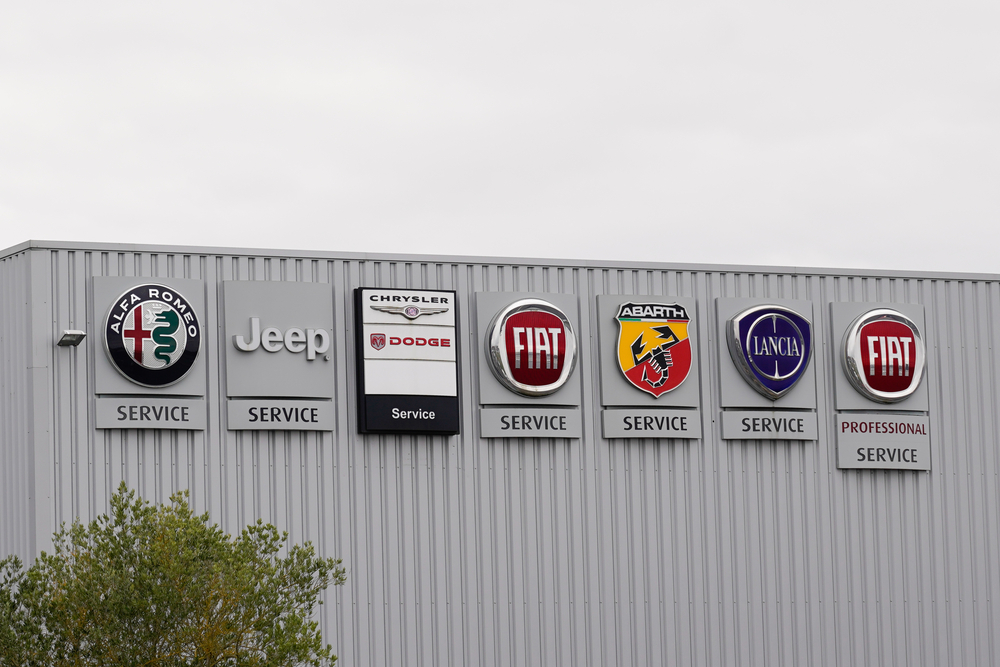 Just last month, formula 1 and NFTs reunited for another McLaren F1 NFT drop. As one of the major F1 teams and 2nd oldest behind Ferrari, the team had entered F1 back in 1966.

In the 2022 NFT drop, McLaren racing fans could procure digital components of the new F1 car, build a car, or trade parts across the McLaren NFT network.

McLaren is not the only car manufacturer that has tested the NFT waters, however.

Autos and the NFT Marketplace

While formula 1 and NFTs have been in collaboration for some time, car manufacturers have also been hard at work, embracing the virtual world.

Last week, Binance announced that Ferrari is taking a serious look at NFTs, the Metaverse, and blockchain technology.

The luxury car manufacturer’s CEO, Benedetto Vigna, had spoken of the company’s eagerness to adopt new tech back in its Q4 2021 earnings call. According to the news, Ferrari had set up a dedicated digital tech department within its retail unit.

Supercar manufacturer Lamborghini has also dedicated time and resources to NFTs and the Metaverse.

At the start of the month, Lamborghini opened the auction for Space Time Memory, its first NFT. 5 pairs of physical and digital artworks were up for sale between 1st and 4th February.

By contrast to the likes of Ferrari and Lamborghini, however, Alfa Romeo has adopted NFTs and blockchain tech in a very different way.

Owned by Stellantis (CAC40), Alfa Romeo is looking to deliver transparency on a whole new level. Historically, the auto sector has relied on 3rd parties to track and maintain car records.

Alfa Romeo is bringing its “in-house”, with its new Tonale SUV. The Italian car manufacturer announced that “the Tonale is the first car on the market equipped with an NFT digital certificate.”

Alfa Romeo added that, based on the “blockchain card” concept, there will be a confidential and non-fungible “record of the main stages in the life of an individual vehicle”.

The car manufacturer sees the digital certificate delivering increased credibility for sellers. For buyers, it would also be an additional source of comfort in the 2nd hand market.

Alfa Romeo’s digital certificate will likely push other car manufacturers to follow suit, which would be another win for NFTs. 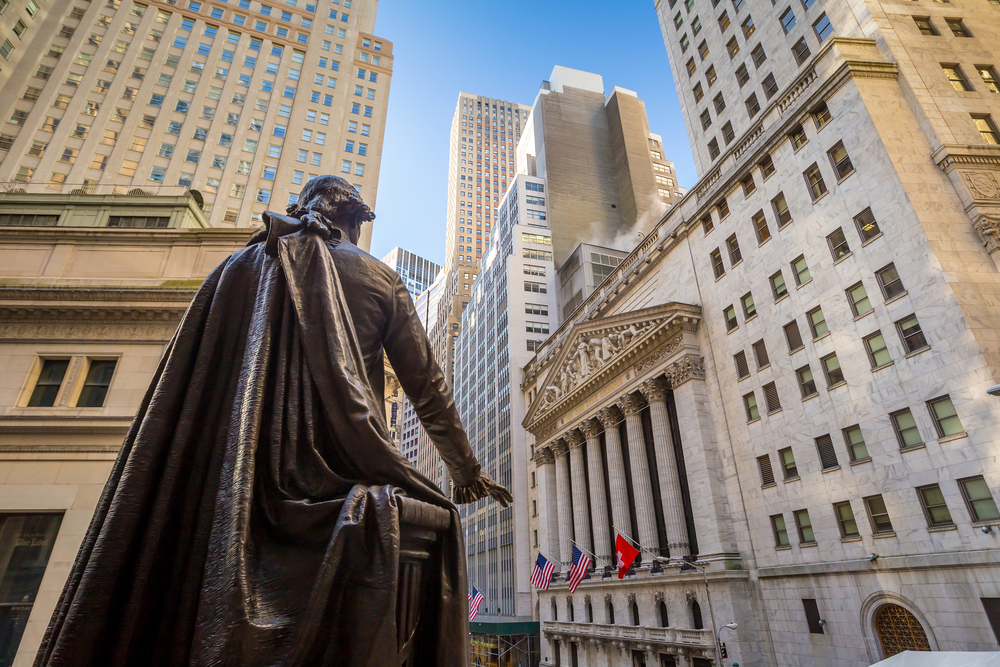 And a world where Covid concerns were moving into the rear-view mirror is now back out in front of us with more unknowns regarding the new South African variant.

Federal Reserve Chair Jerome Powell signals a more hawkish stance amid the relentless climb in U.S. inflation. Given the current economic backdrop, Powell told the Senate Banking Committee that it would be appropriate to speed up its asset “taper” process. That, in turn, implies that the Fed could begin lifting interest rates sooner than Wall Street has been anticipating, with some analysts thinking two or even three rate hikes could be on the table for 2022.

Powell also said it was time to “retire” the use of the word “transitory” to describe inflation as he admitted that the “risk of higher inflation has increased.” A decision on the Fed’s taper schedule will be made at its December 14-15 policy meeting, which Powell noted will be influenced by upcoming readings on employment and inflation.

These include the November Employment Situation due out this Friday, December 3, and the Consumer Price Index coming up on December 10. Powell’s change in tone on the inflation front comes as investors are still struggling to understand what, if any, threat the new Omicron Covid variant might pose to the economic recovery.

One of the top concerns is how another outbreak or wave might impact the labor market and the global supply chain. The worry is that the new risk could sideline more workers, in turn forcing employers to raise pay ever higher and fanning the inflation flames to even greater heights.

This sort of dynamic is sometimes called a “wage-spiral,” when rapidly rising wages lead to rapidly increasing demand, causing the cost of goods to rise, leading to demands for higher wages, etc., creating a seemingly endless “spiral” upward.

In theory, it works much like the type of inflationary bubbles that many see stemming from excessive government stimulus and/or excess money supply. Of course, there is very little that researchers do know about Omicron at the moment, so speculation about worst-case scenarios is likely running high. With the Fed now seeming to be headed toward an earlier end to its supports, the landscape ahead looks dramatically different than what it did just last week.

It makes sense that some investors may choose to lock in gains, bank profits and step to the sidelines until the storm clouds pass.

Today, Powell will be back on Capitol Hill for the second day of testimony, though he’s not likely to cover any new ground.

In economic data, ADP’s private payroll report for November is expected to show a gain of +525,000, a slight dip from October but in line with what’s expected in Friday’s official jobs report.

Some Wall Street insiders are worried that if job gains come in much higher than anticipated, it could harm stock prices as it would give the Fed justification to end its supports even quicker.

On the earnings front, CrowdStrike, Snowflake, and Stellantis are today’s highlights.

Many US stocks valuations are priced to perfection, and all of a sudden, we are in a place with a lot of uncertainty as the Fed tries to turn their giant ship around, and the new Covid variant could create some added wrinkles. 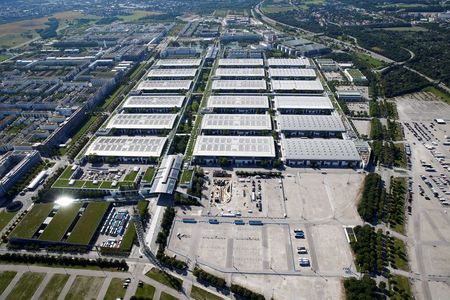 This year’s IAA show, the first major motor industry event worldwide since the COVID-19 pandemic, wants to be about mobility in general, from bikes to e-scooters to cars.

“Climate-friendly engines, the digital connectivity of transport – that’s what this fair is about,” Hildegard Müller, president of industry association VDA, which organises the bi-annual show, said at a pre-event press conference last week. “The goal of climate protection is guiding us.”

The show, which has shifted this year from Frankfurt to Munich and is themed “Mobility of the Future”, is a far cry from its usual format showcasing the biggest and mightiest cars on the market. The pandemic and growing concern over climate change have cast an uncomfortable shadow over the event, already under pressure from waning attendance numbers in previous years – from 930,000 in 2015 to just 560,000 in 2019.

Indeed, many industry stalwarts have decided against showing up: Toyota, Jaguar’s Land Rover, Stellantis – including its German brand Opel – and Ferrari, to name a few.

Yet, as construction workers scrambled on Sunday to put up remaining exhibition booths ahead of the official opening on Tuesday, cars were clearly still the dominant feature. A lone CANYON e-bike tent was distinctly outnumbered by far larger, glitzier carmaker stands from Mercedes-Benz, Audi, MINI and others.

Activists and environmental groups, too, point out that for all the talk of mobility and diversified transport, automakers still make the vast majority of their money from fossil-fuel emitting SUV sales.

“Adding ‘mobility’ to the event’s name and pushing their e-models to the fore won’t do the trick as long as they keep selling primarily gas-guzzling combustion engines,” Marion Tiemann, transport expert for Greenpeace in Germany, said, branding the event a “greenwashing bonanza”.

Environmental groups including Friends of the Earth Germany and Greenpeace plan a major demonstration on Saturday against the greenwashing of the auto industry and for a faster shift to sustainable mobility. Activist organisation Sand im Getriebe (‘Sand in the Gears’), which smashed up 40 luxury vehicles at a dealership near Frankfurt before the last IAA in 2019, has promised “mass civil disobedience” at this year’s event.

Up to 4,500 police will be on site during the show which ends next Sunday, the biggest police presence for an event in Munich in 20 years. 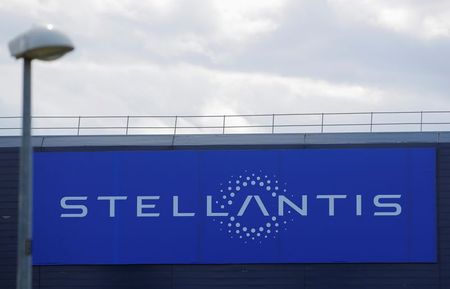 By Giulio Piovaccari and Gilles Guillaume

The world’s No.4 carmaker, formed in January from the merger of PSA and Fiat Chrysler (FCA), said higher prices and cost savings were boosting profitability, with first-half margins at FCA’s old North American business hitting a record high.

“You can see his hand in these results, synergies he has realised in just six months are conspicuous, he’s doing an excellent job,” Bestinver analyst Marco Opipari said of Tavares.

Stellantis said it was now aiming for an adjusted operating profit margin of around 10% this year, compared with 5.5%-7.5% previously.

The company, whose brands also include Citroen, Dodge, Jeep and Maserati, said it made around 1.3 billion euros ($1.5 billion) in merger-related net cash savings in the first six months of the year.

Its Milan-listed shares rose as much as 5.3% and were the best performer in Italy’s blue-chip index.

“It’s the least we could say to say that Stellantis had a strong start on H1 2021,” Tavares told analysts on a conference call. “You have in front of you a very happy CEO.”

Chief Financial Officer Richard Palmer said he was confident the group would reach its long-term goal of 5 billion euros in annual savings, and it aimed to achieve 80% of them by 2024.

The new margin forecast assumes no further deterioration in the global semiconductor shortage that has been affecting the whole industry, and no further pandemic lockdowns in Europe and in the United States.

Last month, Tavares warned the semiconductor shortage would drag into next year.

Palmer said the group did not expect chip supply to improve before the final quarter of this year, with a total projected production loss of around 1.4 million vehicles in 2021.

He added a spike in raw material prices was also a challenge, with its impact felt more in the second half.

Bestinver’s Opipari said lower production due to the chip shortage helped the group to keep prices high and boost margins.

“With a constrained vehicle offer, they did not need to make discounts,” he said.

The carmaker reported an EBIT margin of 11.4% in the first six months, with North America at 16.1% due to record pricing for such vehicles as the Ram pickup.

In a another sign of efficiency gains under Tavares, luxury brand Maserati reported first-half adjusted operating income of 29 million euros after two years in the red.

Regarding China, Tavares said Stellantis was moving “very well” toward a “deep change” in strategy and was still finalising a few discussions. The new strategy will be in place by the end of the year, he added.

He also said the automaker was “all in” on the rollout of electric vehicles (EVs) and would introduce 11 new pure EVs over the next 24 months, bringing the total number to 22 at the end of the period.