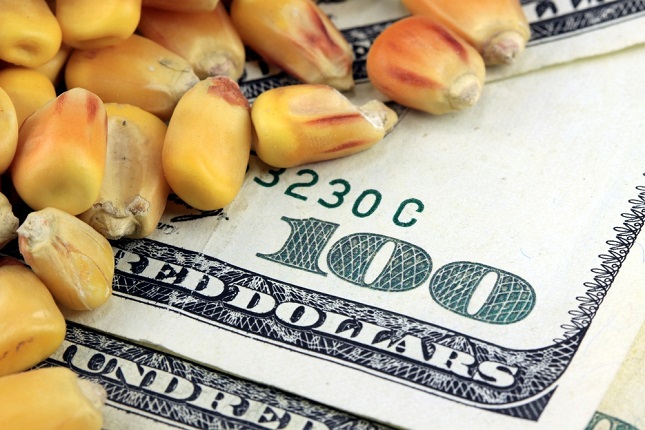 Agricultural futures are trading on consolidation mode on Friday as investors are digesting fundamental situations and wet conditions in the US and dry weather in Russia and Australia.

Mark Feight, Managing Director at the International Agribusiness Group, said to AgDay show that in terms of prices, “soybeans tend to be the anchor right now keeping the corn from getting higher.”

“We believe, from a planting perspective, if we don’t plant corn, we’re going to have to plant a lot of beans in the market,” says Feight.

According to an AccuWeather prediction, corn planting remains at record low rate and the United States Department of Agriculture will confirm next week with its Crop Progress report.

Soybeans are trading negative for the third day as the unit is extending losses below the 8.600 area. Beans are posting its first week with declines in the last four.

Corn consolidates levels above 4.100, but the recovery is unable to put the grain on the green in the weekly chart.

Wheat found support at the 200-day moving average at 4.840 and recovered the 5.000 level on Thursday. So, it is trading in consolidation mode on Friday and closing the week with gains.

Coffee is trading on recovery mode after finding support at 98.00 on Thursday. The grain is now testing the 200-day moving average at 102.30. However, the future is closing the week with losses.

Soybeans on the defensive

Price of soybeans is trading down on Friday as the nit is extending losses and testing the 50-day moving average at 8.525. Technical conditions suggest more room for the downside.

On the week, Soybeans is closing the first week with losses in the last four as the unit is facing 50 and 20 days moving averages levels. However, in the weekly chart, the bushel of soybeans looks positive with the 8.500 supporting the unit.

To the upside, always talking about the weekly chart, beans will face resistance at 8.900 and 9.100. 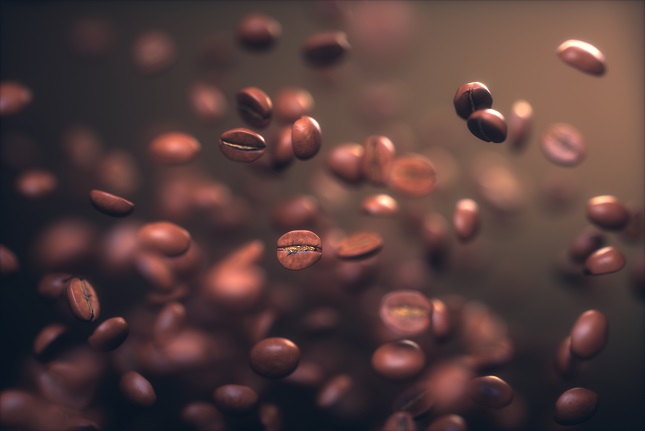 New crops report showed that the planting season of soybeans, corn, and wheat are delayed, but the damage is not too substantial. So, investors are digesting the news, and the prices are going lower on Thursday.

Coffee price, on the other hand, is falling hard in a mix of technical selling and news that coffee may affect health. Sugar is trading higher on Thursday after the recent correction.

Soybeans are trading negative for the second day in a row to test 8.500 area as investors intensified the sales after the unit got a rejection at the 8.800 area and reports that the crop damage due to delays on planting is not too heavy.

Corn extended loses for the second day in a row and continue with its rejection from the 4.300 area. However, the grain found support at the 4.000 level on Thursday as investors are digesting reports that Mexico will not use corn as a retaliation of US tariffs.

Wheat is trading positive on Thursday after two consecutive negative days. The grain found support at the 200-day moving average level at 4.840.

Sugar recovered its mojo, and after a rejection of the 0.1240 area that sent the unit to test 200-day moving average at 0.1200 on Wednesday, the soft is now back on positive and after recovering all Wednesday’s loses it is currently testing the 0.1240 area again.

Coffee is falling hard on speculations that roasted coffee contains a chemical with potential healthy danger; Also, investors are selling the grain after it was unable to break above 106 and fundamentals remain weak for the price.

Prices of Corn fell to 4.000 on Thursday amid reports that say that the delayed planting damage is not too significant and the season will be moderate okay.

Also, the unit is extending falls from the 4.300 level that was reached last week. The pair declined to 4.000 earlier in the day, but it recovered to 4.085 as Reuters reported that Mexico is excluding corn from any tariff retaliation against the United States.

Currently, corn is trading 0.42% positive at 4.085. Technical conditions suggest sideways in the short term but more declines in the middle term. However, if the pair holds the 4.00 level, it may change the outlook.

Coffee falls the most in nine years

Ugly day for coffee investors as futures prices are falling over 6% in the session amid a cocktail of bad news for the value.

In one hand, California is living a polemical story about coffee and a link with cancer as roasted coffee beans contain acrylamide, one of the hundreds of chemicals listed as a carcinogen or reproductive toxin under California’s 1986 act.

However, the state managed to cold down the polemic as it signed a new rule admitting that coffee won’t kill you. Acrylamide is also found in 40% of calories Americans consume.

On the other hand, coffee futures are falling amid technical event and profit taking as reports coming from Brazil said that the coffee season is very healthy so it won’t face any problem or delay in planting, harvesting and roasting.

Coffee prices are currently 6.23% down on the day as the unit was unable to break above the 106.00 area, and investors got nervous and decided to sell it. It broke below the 200-day moving average level at 102.35, a technical event that triggered stop loses and sent the pair deeper below the 100-00 area. 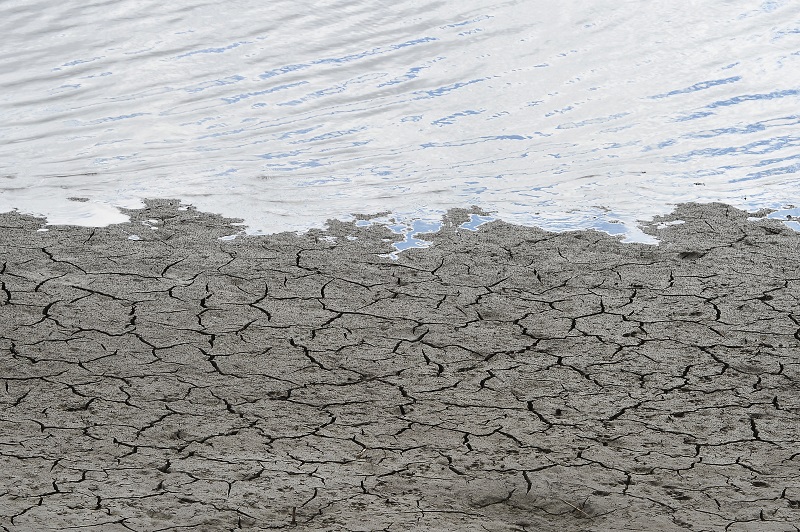 Soybeans prices are trading down on Friday as investors are digesting trade war events between China and the United States. Also, the sugar surplus is adding pressure to the commodity.

Corn accelerates and reaches near three months highs at 3.742 on Friday. Wheat is extending recovery as it is consolidating gains above 4.600. Sugar breaks below 0.1135 resistance and trades at 7-month lows.

Prices for soybeans are down on Friday as the 20-day moving average has contained the oilseed recovery in the last three days and it is now trading around 8.178.

A cocktail of factors is contributing to the decline. First, the trade war between China and the United States are adding pressure on prices as investors are worried about China stopping soybean purchases from the United States.

As reported previously, the market doesn’t see any solution to the trade conflict any time soon.

So, investors finally gave up on the recovery and let the seed go down.

And third, Friday rebalancing and profit taking is also affecting the unit as investors consider that it is better to have profits in the pocket before the weekend, especially after the two reasons mentioned above: Trade war and the price unable to break above the 20-day moving average.

Currently, Soybean prices are declining by 1.0% as it is trading at 8.192. On the week, however, the unit is posting its first positive week in the last six.

Technically, the commodity looks bearish, but the good news is that it will close the week above the 8.000 area.

The price of sugar is trading considerably lower on Friday as global surplus is pressuring prices to the downside. Also, the trade war is taking investors attention.

Sucrose is trading 2.5% down on the day as it is extending losses for the third day. On Friday, Sugar broke below the 0.1135 critical support before pricing as low as 0.1120, its lowest level since October 4, 2018.

The outlook is for more losses as sugar prices will remain flat until de the end of the next year, according to MM Murugappan, chairman of the Indian based Murugappa Group.

“The sugar market will face a country and worldwide surplus until next year,” Murugappan said, “so the sugar-year after next should see some increase in demand.” 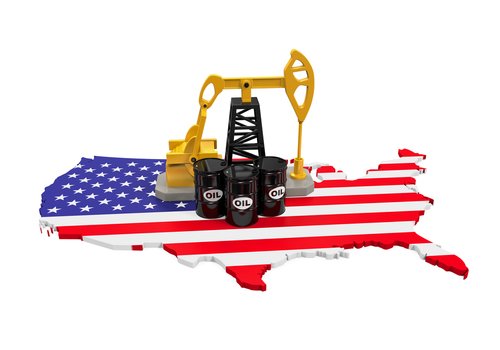 To download your copy of the Commitment of Traders: Commodity report for the week ending May 7, click here.

The biggest casualties were WTI crude oil, HG copper, soybeans, sugar, cotton and live cattle. Only six out of 24 commodities were bought with gas oil, corn and gold attracting most of the attention.

Note: See page 3 in the attached report for detailed descriptions of the different data points in the below report

Crude oil positioning continued to diverge with accelerated selling of WTI (-29k lots) being partly offset by the continued buying of Brent (+2k). The behaviour of Brent especially raising questions about the strength of the current price weakness.

1) The steepness of the Brent forward curve points to an increasingly tight physical market caused by multiple voluntary and involuntary supply disruptions.

2) During the last two reporting weeks, Brent sank 5.4% while the net-long increased by 10k lots. Last week most of the increase in the net-long was due to short-covering not long liquidation, another sign of limited selling appetite despite lower flat (spot) prices.

Gold was bought for a second week but the limited amount of short-covering highlights the yellow metal’s current struggle to gain momentum. All other metals were sold, not least HG copper where the net-short jumped by 173% to 27k lots, a 14-week high.

The combined grain short saw a small reduction with planting delays supporting short covering in corn while trade war concerns and demand worries hit soybeans. The week went from bad to worse when the USDA in their monthly WASDE report on Friday forecast bigger-than-expected U.S. supplies of all three major crops (table). Soybeans dropped to lowest since 2008 while July corn hit a contract low.

In soft commodities, the sugar net-short almost doubled while cotton returned to a net short following a week where the trade war raised demand concerns and the price sank to an 18-month low.

In financials, the categories are Dealer/Intermediary; Asset Manager/Institutional; Managed Money and other.